I don’t know what has happened to October, but it’s almost over and that means the deadline for this month’s J-Festa has snuck up on me. October’s theme is: Entertainment in Japan, and here’s my entry!

After a few months in Japan, I soon realised that going to theme parks, especially Tokyo Disney Resort, was quite a normal form of entertainment for a lot of people. I had never been to a Disney theme park before living in Japan, and had always thought of it as something you might only do once or twice in a lifetime. However, I soon discovered that, in Japan, going to Tokyo Disneyland was something people did more times than they could count on two hands.

I had the pleasure of going to Tokyo Disneyland only once during my stay in Japan and, sadly, I never had the chance to go to Tokyo DisneySea (I’ll go there one day though!).

Even if you’re not into Disney – as I’m not in a big way – Tokyo Disneyland is still worth going to. I had such a good time there, and felt like a kid again! The attractions and great, and the shopping is amazing! There are just so many different items available – from sweets and cookies, to toys and gifts, to costumes and phone charms.

When I went, it was Christmas time. Although it was a bit mad there and overcrowded, it was one of the most Christmassy things I did in Japan. I imagine Halloween must be very good there, too.

If Disney really isn’t you thing, you might want to try Osaka’s Universal Studios Japan instead. It’s less popular than Disneyland, but I thought it was thoroughly enjoyable when I visited.

USJ is a little more grown-up than Disneyland, I thought, but still lots of fun.

I also found it a lot quieter than Disneyland, which made it easier to enjoy the rides.

Most Japanese people I know would probably think of Disneyland, DisneySea or USJ when you say “theme park”, but I also found there were a number of much smaller theme parks scattered around Japan. They tend to be much more quirky and quaint, and I really liked the ones I visited.

Among the ones I visited were:

I think, of those, Little World was probably my favourite. There must be loads of other small theme parks dotted around Japan – can you recommend any? 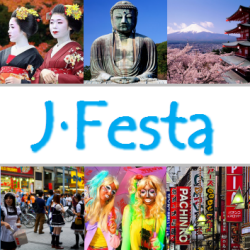 8 thoughts on “J-Festa: Entertainment in Japan”