I’ve never been much of a history buff, but I like the idea of knowing about history. I think if I had been fortunate enough to have had inspiring history teachers at school, things would be different and I might have even studied history at GCSE and beyond. Japanese history intrigues me. I like the stories I’ve heard of Japan being a closed country that had to open up to foreigners, and it’s interesting to hear how Japan changed as a result of this Western influence. As soon as you go to Japan, start learning the language, or even start learning about Japanese culture, the influence of Western culture is apparent.

Most of what I know about Japanese history I have picked up from visiting museums in Japan, watching films, and reading books. But when I say “reading books”, I don’t mean that I sit around devouring history books… no, I prefer fiction. For the last year or so I have been gradually getting into historical fiction. I started with Eiji Yoshikawa‘s Musashi – a fictionalised account of the life of Miyamoto Musashi, author of The Book of Five Rings and one of the best Japanese swordsman who ever lived. It was a long, heavy book, but each time I picked it up I found myself lost in Musashi’s world of geisha and samurai – a Japan I could only imagine.

Prior to reading Musashi, the nearest thing to historical fiction I had ever enjoyed was the Tales of the Otori series by Lian Hearn – a series of historical fantasy novels set in a fictional world based on feudal Japan. I loved how these books were clearly based on some kind of Japanese history, and yet there were magic and monsters as well.

After reading Musashi, I went back to Lian Hearn and read her book Blossoms and Shadows – a historical romance set around the end of the Edo period (the novel starts in 1857). There was a bit too much history crammed into this book, and at times I felt the main story got bogged down by all the side stories, but it was still a good way to learn a bit more about a certain period of Japanese history – perhaps the most interesting period – the Meiji Restoration.

This morning I finished reading The Last Concubine by Lesley Downer. As I got to the end of the book, I really couldn’t put it down – I was so lost in the ancient world, and entirely captivated by the love story. The Last Concubine is also set around the time of the Meiji Restoration (the novel begins in 1861 and ends in 1872), and tells a story from the point of view of a young girl called Sachi. Unlike Blossoms and Shadows, The Last Concubine manages to balance history with fiction to create a very readable story. 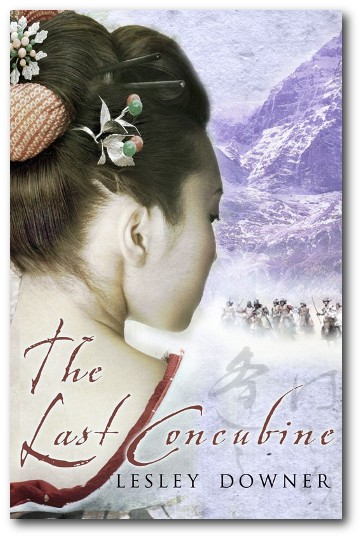 I recently saw Lesley Downer, author of The Last Concubine, speak at the Oriental Club in London. She was talking about the research she had done for her latest book, Across a Bridge of Dreams, set in Japan in the 1870s (during the Meiji period). It was clear from the way she spoke that, not only had she researched deeply, she thoroughly enjoyed every minute of it. She spoke so knowledgeably and enthusiastically about the period of her research, going into detail about clothes people wore at the time, vehicles that were introduced to Meiji era Japan, and of course the stories of the people. What I like about Lesley’s novels is that her leading ladies and men are not the great heroes like Miyamoto Musashi or Sakamoto Ryoma – they are the (fictional) people who were a part of the big stories that happened.

I’m dying to read Across a Bridge of Dreams, but first I need to catch up on the story in between and read The Courtesan and the Samurai. Starting in 1868, this book overlaps the end of The Last Concubine, and starts at the beginning of the Meiji period. 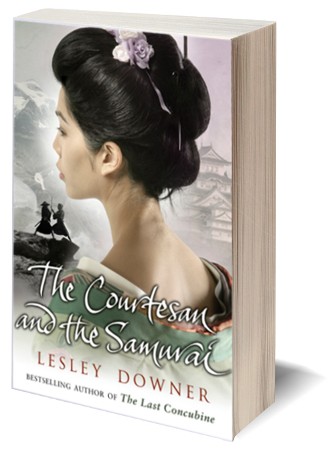 Unless I win the lottery and don’t have to work for a living, I don’t think I will ever have the time to actually study the history of Japan, but at least with novels like these I can lose myself in a Japan of the past, learn a little about the history, and enjoy a bit of romance at the same time.

As it happens, there was a lovely interview with Lesley Downer on the Japan Times website today – check it out here. She really is a fascinating woman, and has done a lot of things I would like to do myself one day (such as retracing Basho’s path and writing books about Japan). For now, I will simply keep reading and dreaming, and see where it takes me…