As I sat with my new friends in a small, newly rebuilt restaurant in Shichigahama today looking at the sea I realised why I feel such a connection with Tohoku and with the disaster area in particular. Of course I was in Japan at the time of the earthquake and tsunami, which brought me closer to the situation, but what really draws me in is the sea.

I grew up in a seaside town in England, Bognor Regis, and would spend a lot of time by the sea, playing when I was younger, staring pensively into the horizon when I was a bit older. Even now, I enjoy living near the sea in Bristol an awful lot more than I liked living in the city in London. I’m a city girl through and through, but I need water to keep me calm. The ocean, a port, even a river can do the trick.

Staring at the devastated coastline in Shichigahama today I felt like I could have been sat in a little cafe called the Lobster Pot on Bognor Regis’s seafront. The view was similar – hazy horizon, some slightly indistinguishable land further out to sea. I thought about what it would be like if a tsunami hit my hometown. Although I no longer live there, and would hardly call it my favourite place on earth, it would be beyond words to see everything destroyed by a wave.

View from Shichigahama looking out towards Matsushima, 3rd June 2014 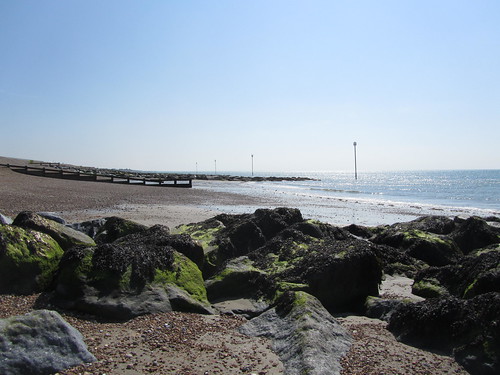 One thought on “Coast to Coast”