When I was in Japan in 2011 I saw the Tokyo SkyTree standing in its full glory (634 metres), but it didn’t open until May 2012, more than a year after I had left Japan. I love a tall tower with a good view, so I knew I would have to visit the SkyTree on my return to Japan this year. 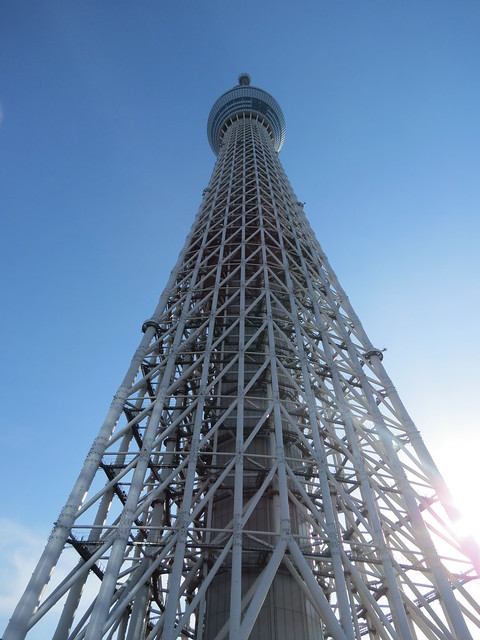 I made the decision to go on my first day in Japan, Sunday May 11th, despite my jet-lag. I’m glad I did as, had I left it to the end of my trip I would have been disappointed by the misty weather. It was a beautiful, hot day, which of course meant the crowds were out. I had heard about the queues for the SkyTree, but two years after its opening I hadn’t expected it to still be quite so popular! I arrived in the early afternoon, and had to wait until after 5pm for my entrance slot. I actually didn’t mind though, as I wanted some time to explore Solamachi – Sky Town.

Solamachi is the massive shopping area around the SkyTree. It’s like a giant mall, with shops selling everything from clothes to souvenirs, accessories to character goods. There are restaurants and cafes too, of course, and the whole place was absolutely teeming with people.

The two shops I absolutely had to visit were the Studio Ghibli shop and the Rilakkuma Store. I found the Ghibli shop first… 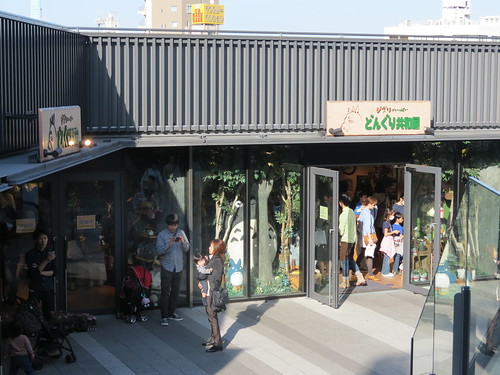 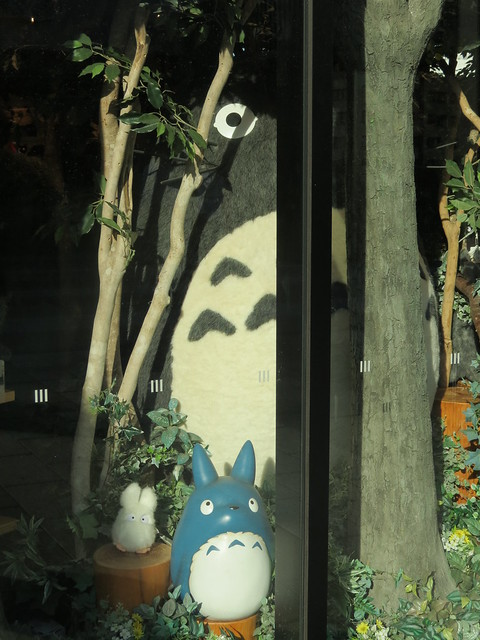 The store was very crowded, but really cool! I wanted to buy everything of course, but as I had only just arrived I felt I should exercise a little restraint, and just treated myself to this cute Kiki’s Delivery Service headband to use after I have washed my hair. 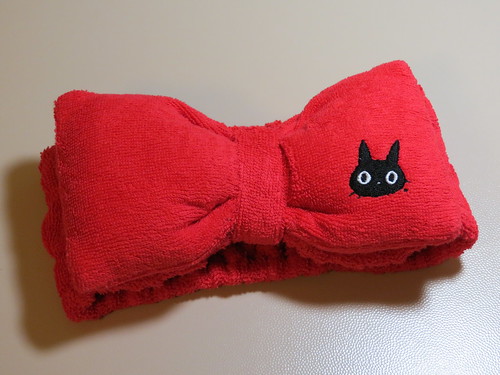 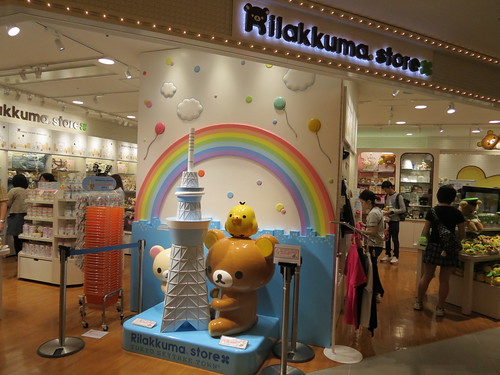 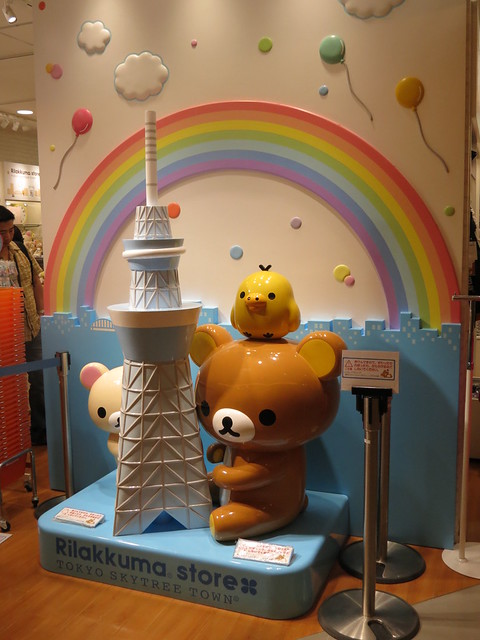 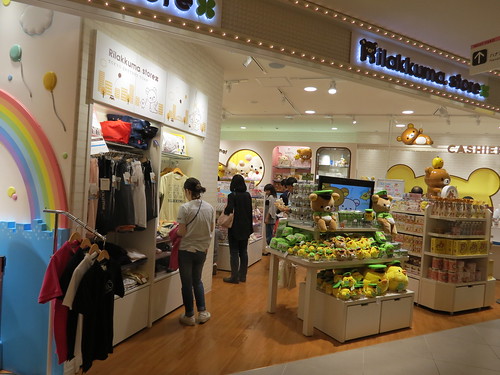 I had seen online that a Rilakkuma range based on the Yamanote Line (one of Tokyo’s train lines) had been released, and I had to buy something from the range! I got this adorable Rilakkuma in Yamanote Line uniform. The attention to detail is incredible! 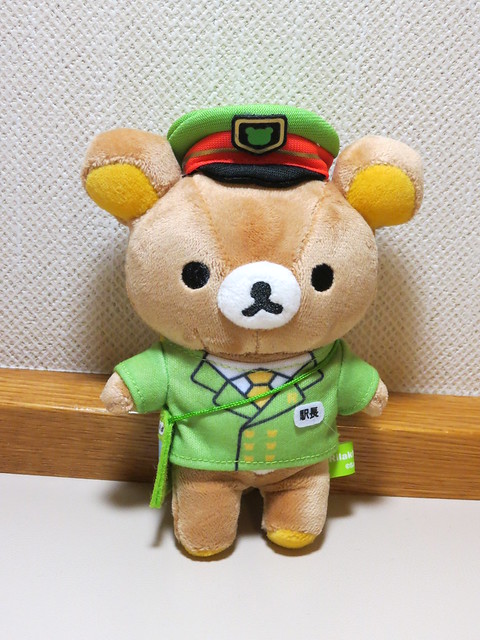 I also found this cute cloth bag, which is a SkyTree exclusive. 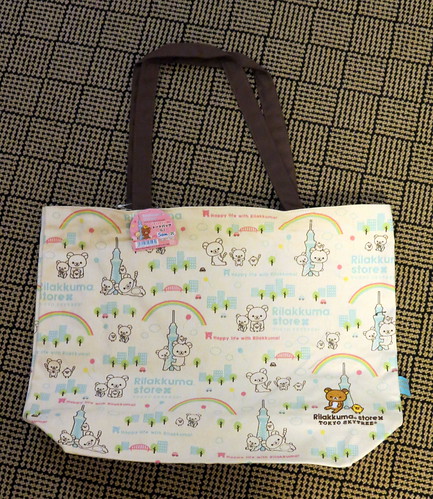 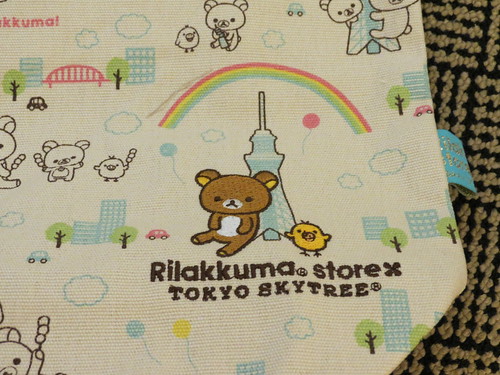 I still had some time to kill before my SkyTree timeslot, so I headed to Starbucks for my first Matcha Frappuccino of the trip. 😀 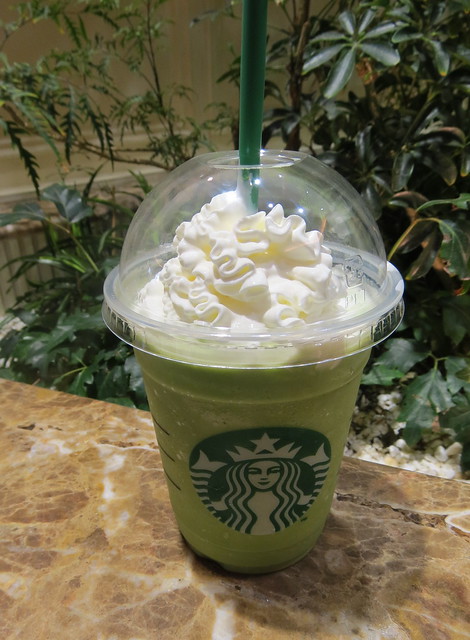 Starbucks Matcha Frappuccino – the first one in 3 years and it tasted GOOD!

Finally it was time to enter the SkyTree, and even then I had to queue for quite a while, but there were moving images of giant sushi in Tokyo to keep the crowds entertained… 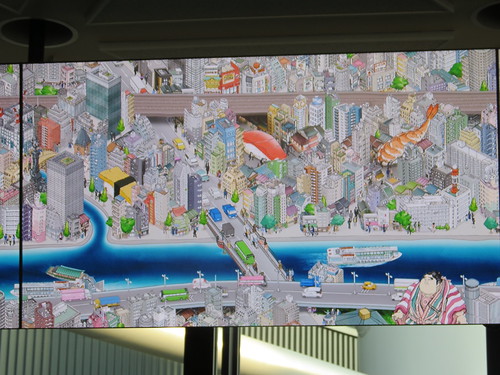 The lift that takes you to the first level reaches a top speed of an incredible 600 metres per minute, and takes you to the Tembo Deck in just 50 seconds. Once up the tower, the view was stunning. 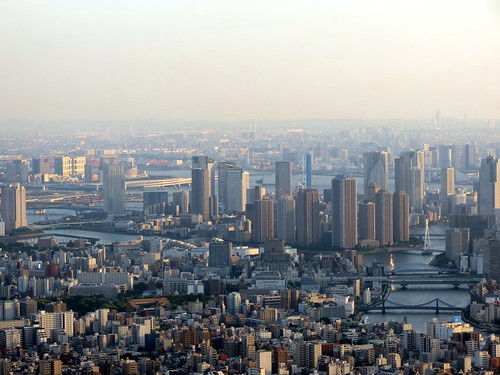 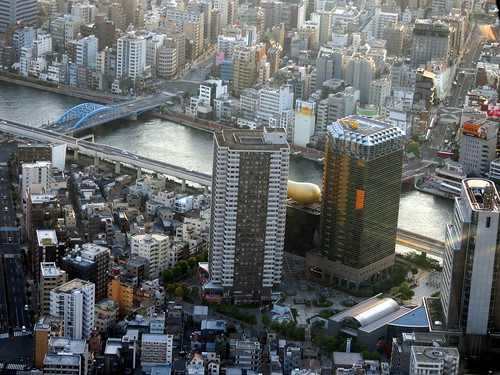 Looking down on Asakusa 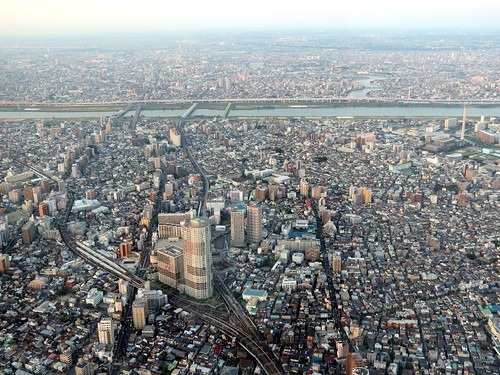 I sometimes forget how close Tokyo is to the sea…

The sun was starting to set… 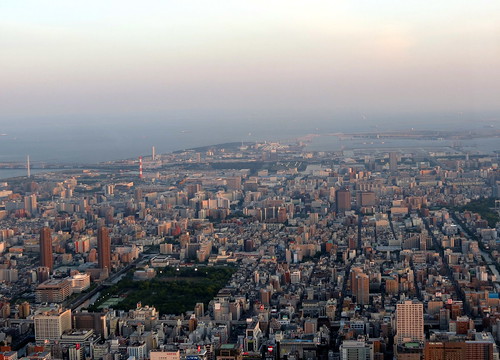 Sarue Onshi Park, with Tokyo Gate Bridge in the background 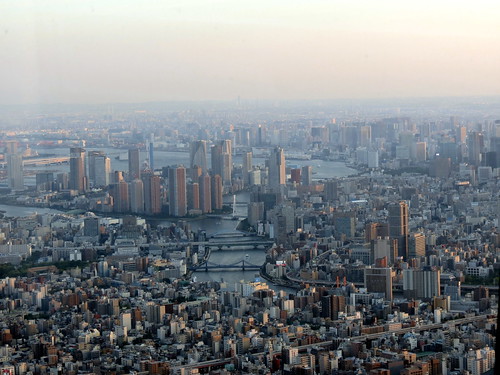 I think this is Yokohama… 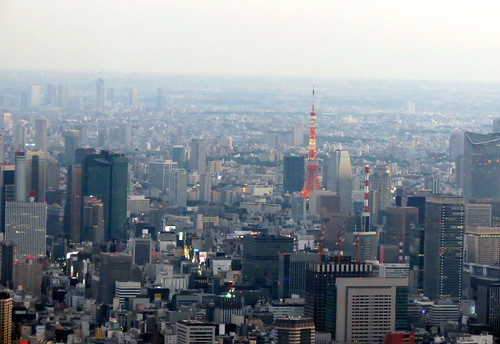 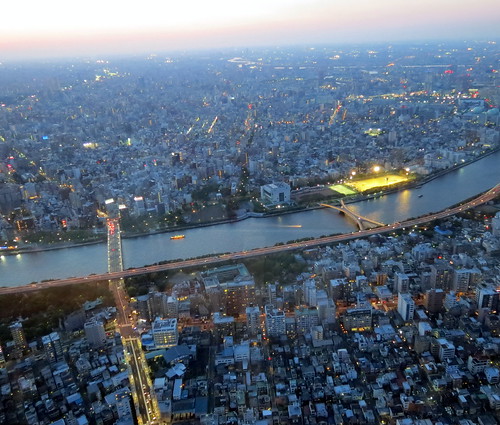 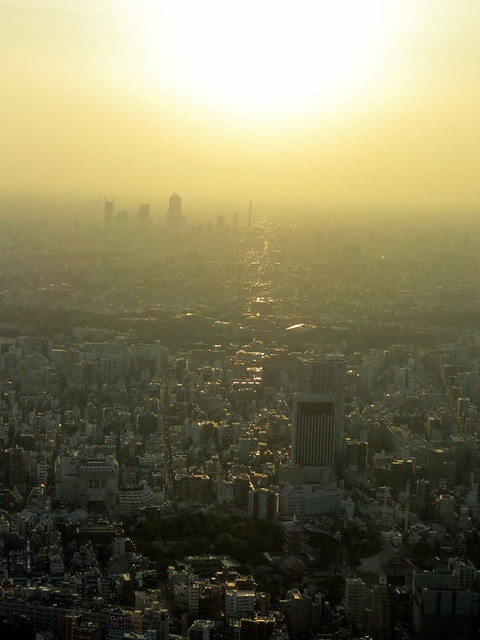 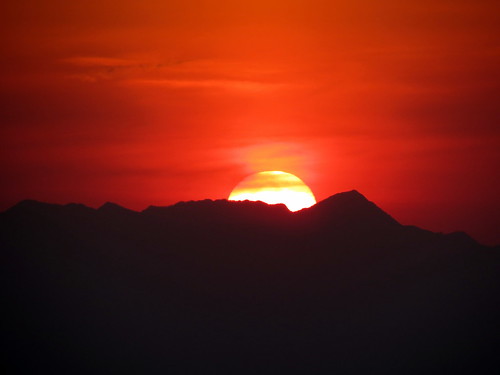 What a perfect end to my first day back in Japan! 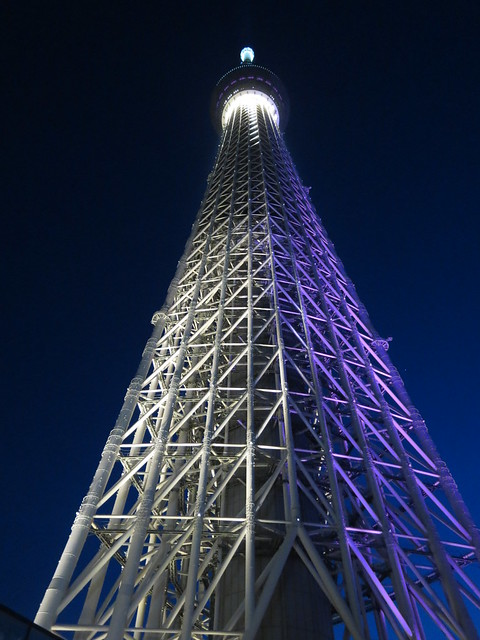