I’m not sure what happened to July, but time seems to be flying fast and I realised I would have to cook my monthly recipe today or not at all! For a while now I’ve been wanting to try a ‘kyaraben’ (キャラ弁) – a character bento or character lunch box. I always look at pictures of them on the Internet and admire them, but I wasn’t sure if I was creative (or patient) enough to make my own. Here are some examples of amazing kyaraben…

Making my kyaraben was a rather evolutionary process as I didn’t really know what would work so, rather than my usual step by step recipe approach with a list of ingredients, here’s what I happened…

I have these two books about making bentos, so I read through those and tried to find some tasty ideas that used regular ingredients and wouldn’t cost the earth. 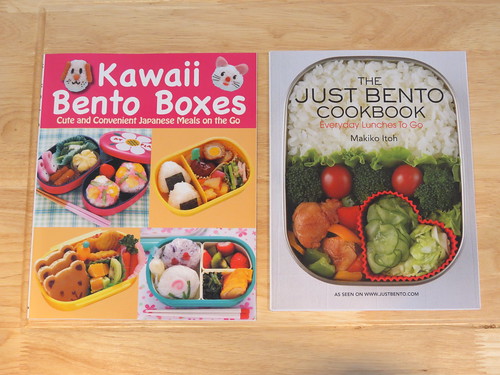 I decided if I was going to do a proper kawaii kyaraben, it would have to be a Rilakkuma (リラックマ) design as he’s my favourite character. Luckily, I have this! 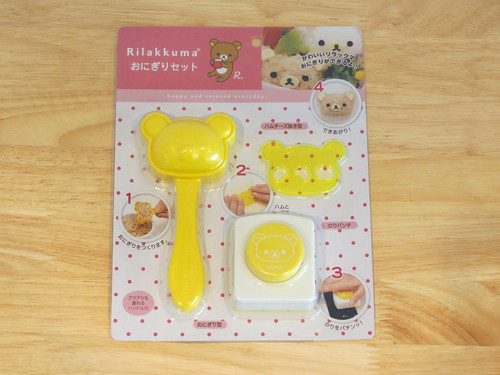 This is a rice shaper and nori seaweed punch to make Rilakkuma – it’s so cool! I might have been able to make the bento without this, but it would have been a lot harder!

So first I boiled up some brown rice (for Rilakkuma) and white rice (for Korilakkuma). 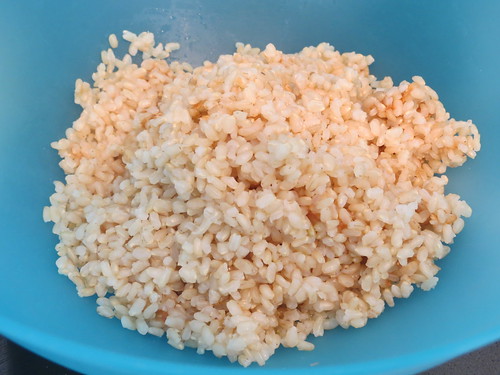 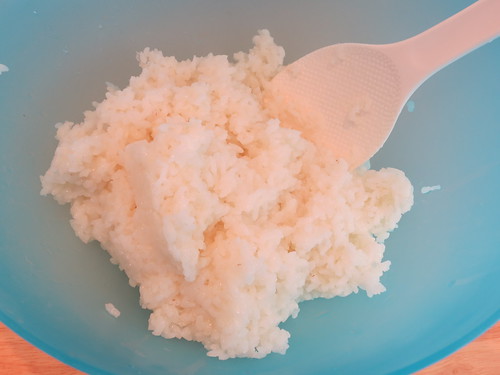 Brown sticky rice is really hard to find, but Clearspring do one. Unfortunately it’s not as sticky as regular white sticky rice.

I used the shaper and my kawaii rice paddle to make Rilakkuma shapes with the rice. 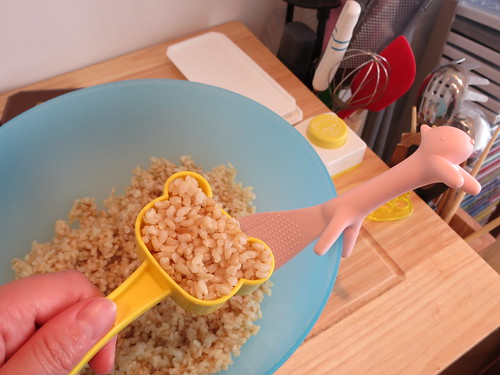 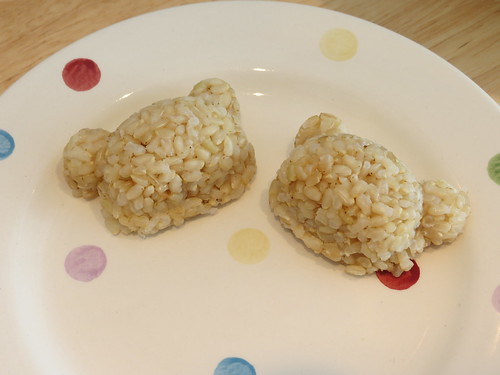 And they looked pretty good!

The Rilakkuma set came with a cutter to make the ear pieces and nose. I used cheese for Rilakkuma and fake ham (because I don’t eat meat) for Korilakkuma. 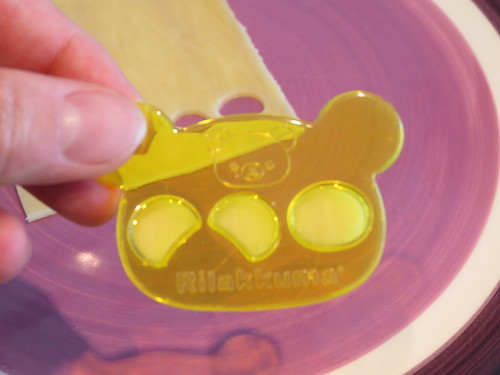 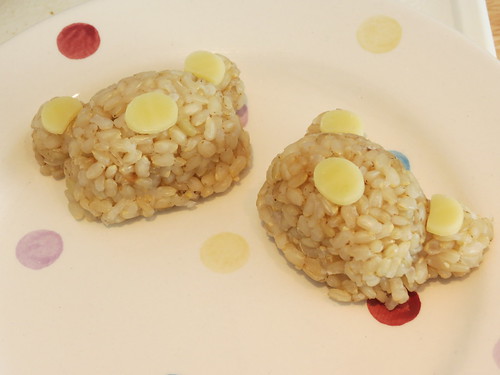 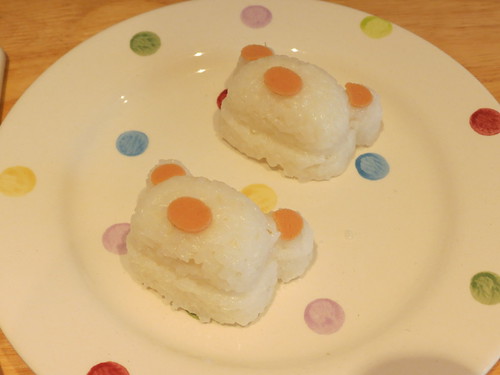 Japanese lunch boxes are really cute, but quite small. I decided to use this Rilakkuma lunch box which has two layers and three compartments. 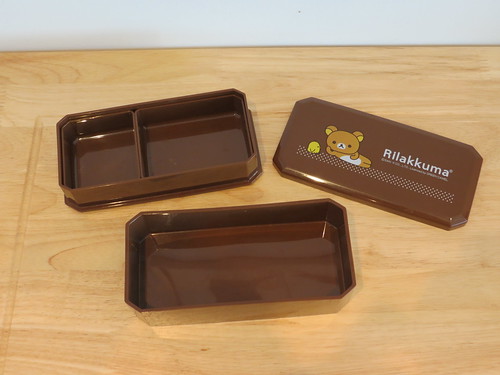 I made a base in the bottom layer with lettuce and cheese stars (I cut the stars using a cookie cutter). 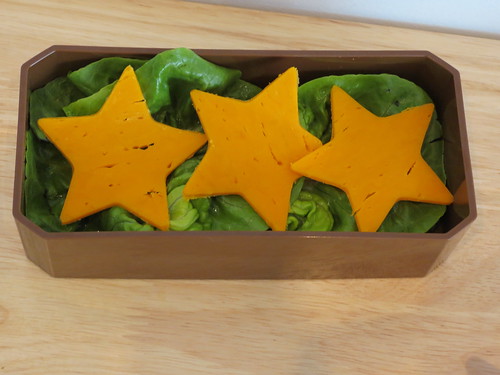 I got a bit creative with a cucumber for the salad in the top layer! 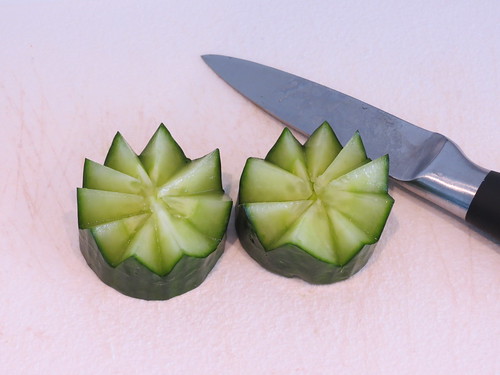 And added some more cheese stars. 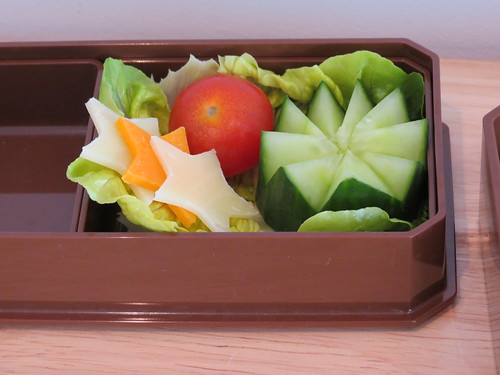 I decided to lay the four bears in the bottom layer. 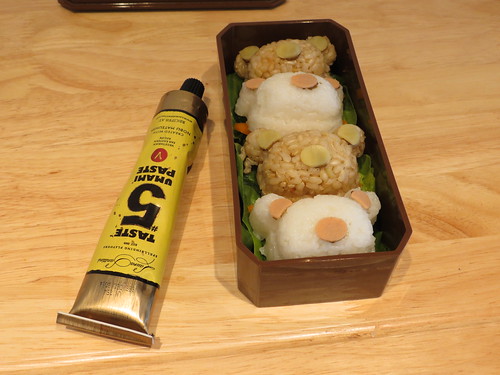 Their features wouldn’t stick on, but luckily I had some Umami Paste kicking around, so I used that to stick things down.

Next I used the nori seaweed hole punch to make the eyes and nose features. 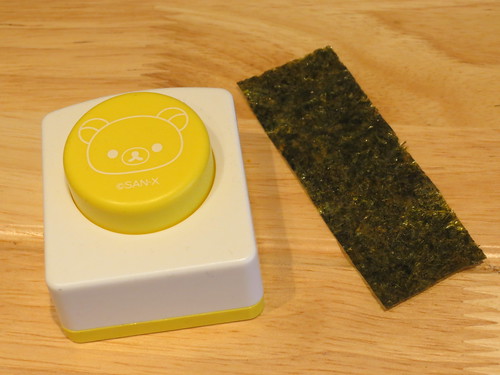 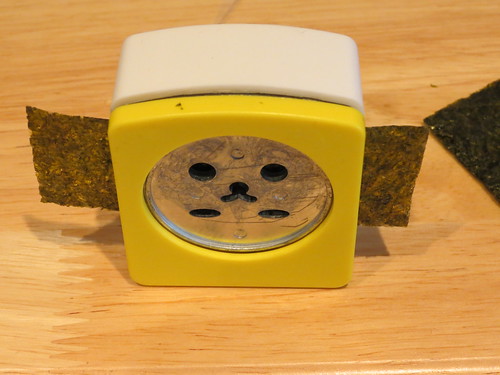 They stuck on pretty well but it was a bit fiddly to get them right! 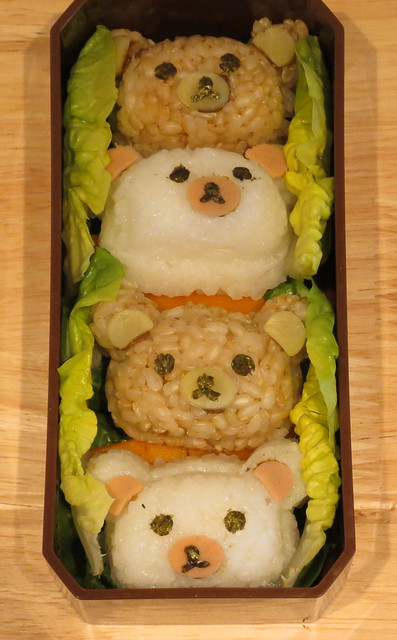 Finally, I added some watermelon for a taste of summer… 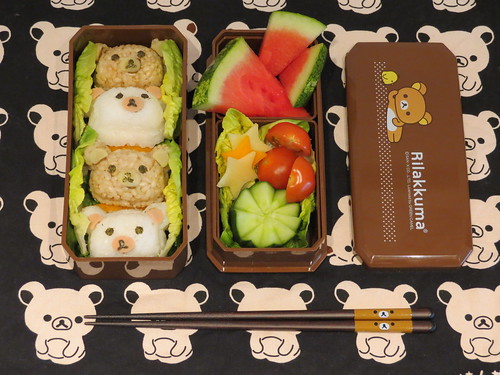 There it is – my first kyaraben! It’s far from perfect, but I’m really pleased with it! 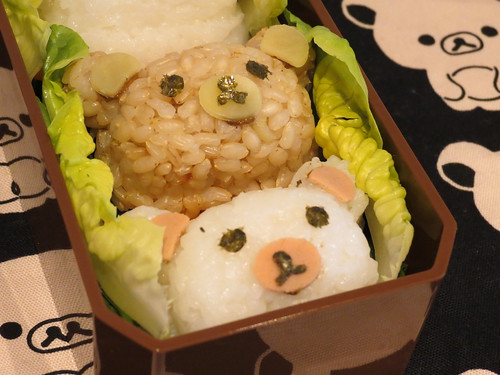 August is going to be a bit busy and I want to focus on getting some more of my Japan trip posts published, so I’ll be back in September with a new recipe. If you have any suggestions, or perhaps you would like me to try one of your recipes from a book or website, please leave a comment below or get in touch! All the recipes I try on this blog have some connection to Japan and, because I don’t eat meat, they need to be vegetarian or pescetarian. I’m particularly interested in helping to promote Japanese recipe books, so do let me know if you have one I might like!