I’m still ploughing through photos and potential blog posts from my recent trip to Japan, but thought I should post about last weekend’s HYPER JAPAN event in London whilst it’s still current news. I’ve already posted about the Moshi Moshi Nippon campaign which was being promoted at the event; below are the rest of my highlights. I was working for half of the event, so I can’t even attempt to cover everything that took place at HYPER JAPAN, but what I did see was a whole lot of fun…

HYPER JAPAN saw the world premiere screening of a 30 minute opera film made using VOCALOID technology and bunraku puppets. VOCALOID is a kind of synthesised voice software, and bunraku puppets are traditional puppets used in Japanese theatre. I couldn’t really get my head around what I was going to see, but when I watched the film I was utterly blown away by it. The music was fantastic, and it looked amazing, like nothing I’ve ever seen before. 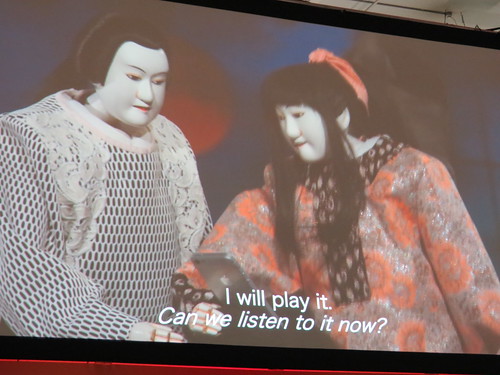 I’ve said it before, and I’ll say it again: SIRO-A are bloomin’ brilliant! They were a highlight of last year’s show, and it was really good to see them back. They were promoting their next show in London, which will last from September to January! It’s great that they will be in the UK for so long, but I do think it’s a shame they’ll just be in the UK and won’t be touring. They would be very welcome in Bristol… 😉 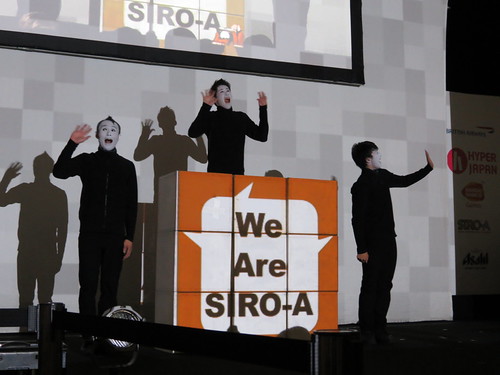 The food is always one of the highlights of HYPER JAPAN. The queues are always far too long, and it’s terribly expensive, but there was some good stuff on offer this year. Over the course of three days, I tried: 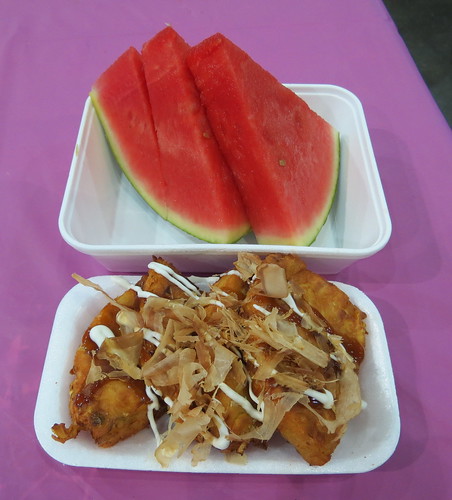 Watermelon and okonomiyaki from Cocoro 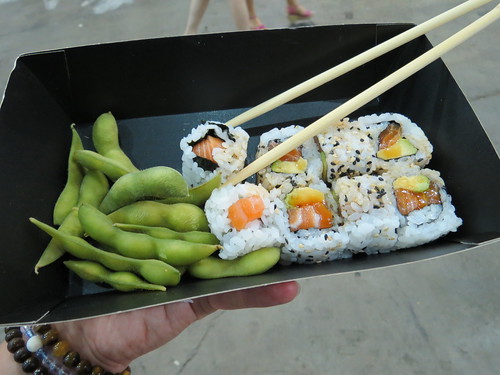 Sushi and edamame from Feng Sushi 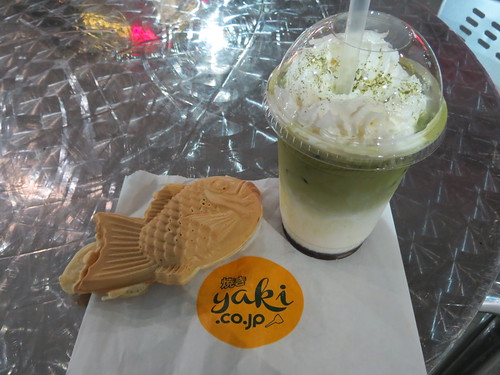 Taiyaki and matcha latte from Yaki 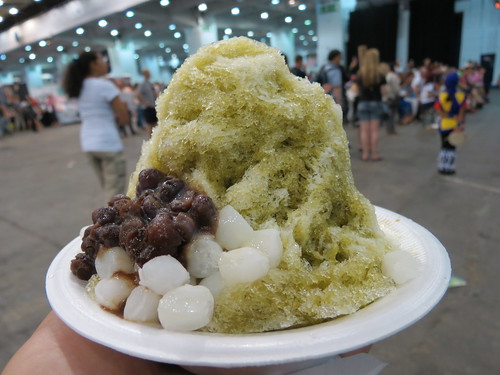 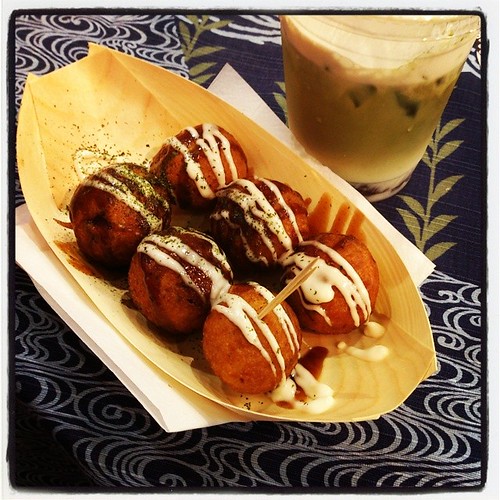 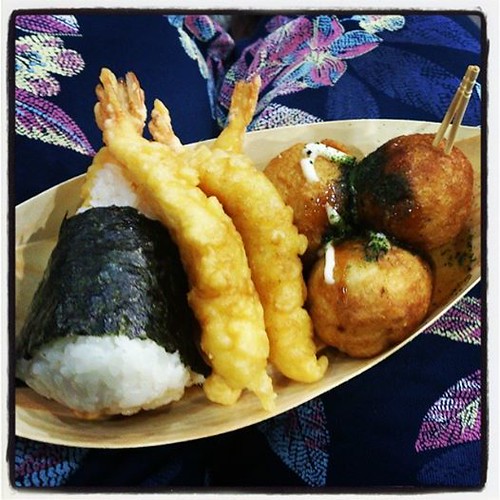 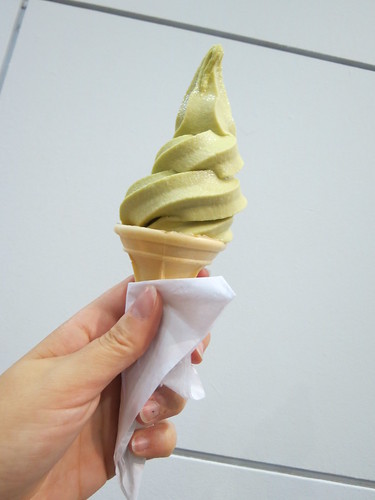 Gosh – that was a naughty weekend, but I was working hard! 😉

Okiagari koboshi (起き上がり小法師) are ‘getting up little priests’ or traditional Japanese dolls that don’t fall down (like Weebles). They are good luck charms and a symbol of perseverance and resistance, and after the earthquake and tsunami in Tohoku in 2011 Fukushima, where these dolls originate, used the dolls as a mascot and charm for moving forward. At HYPER JAPAN there was a display of okiagari koboshi painted by famous people and a chance to paint your own and send a message to Fukushima. 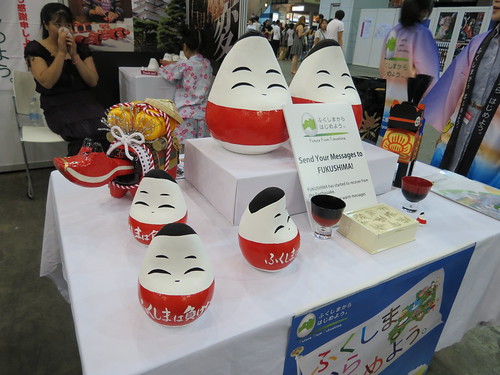 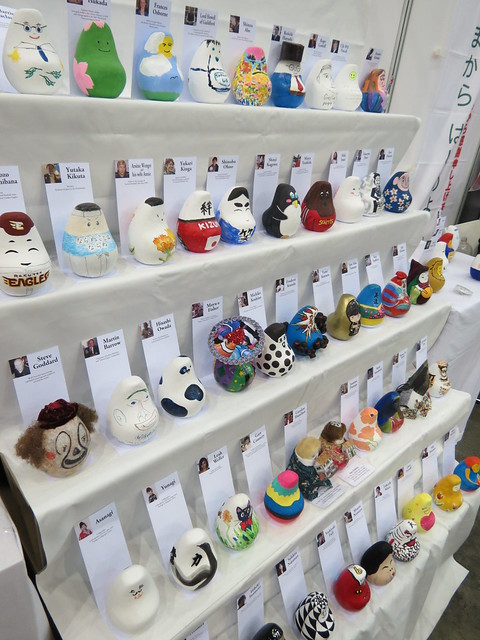 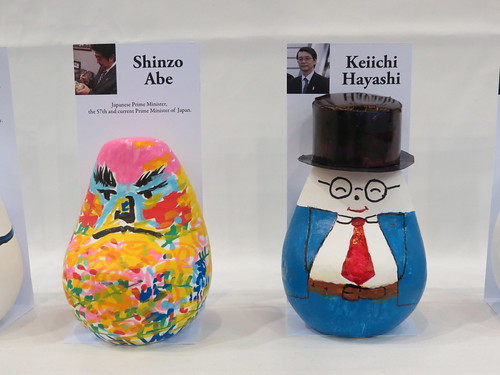 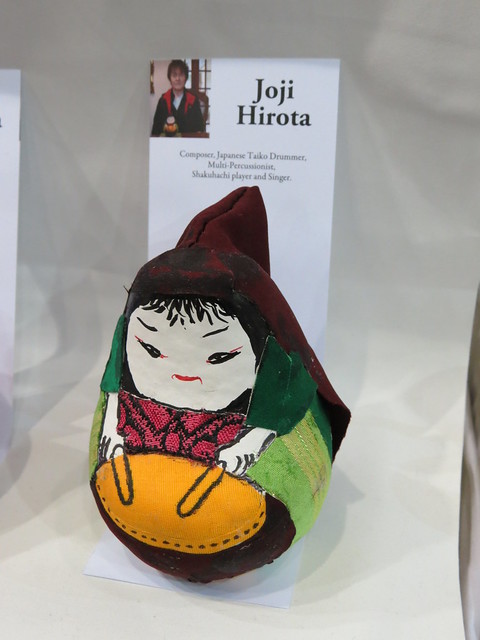 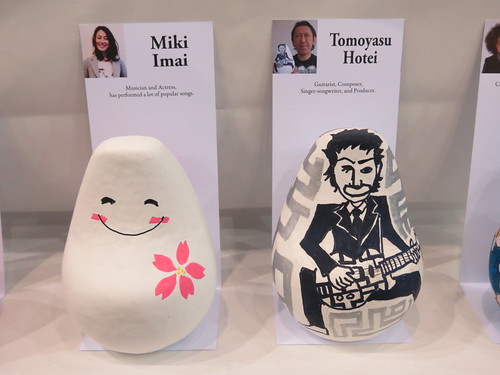 Okiagari koboshi by Tomoyasu Hotei and his wife Miki Imai

It was good to see my old friends again and to hear them perform! 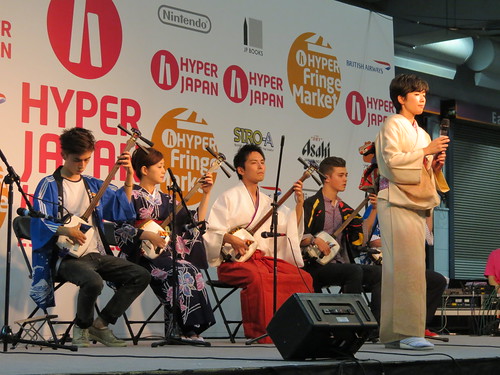 I don’t know who the guitarist was that joined Hibiki and Akari, but the combination was really nice! 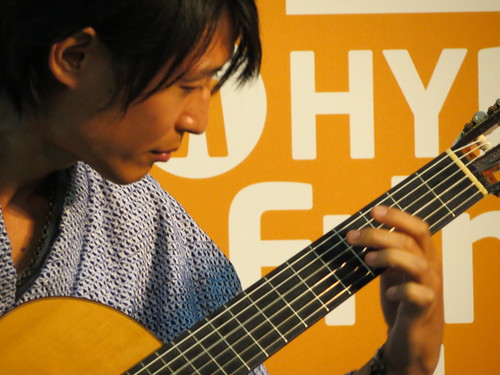 Gotta love a mascot! Actually, the Totoro was an amazing cosplay – the day before the same guy was dressed up as Hayao Miyazaki himself. 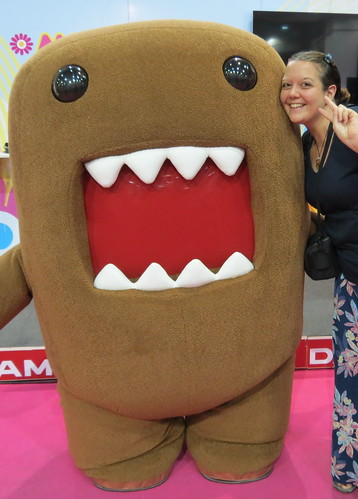 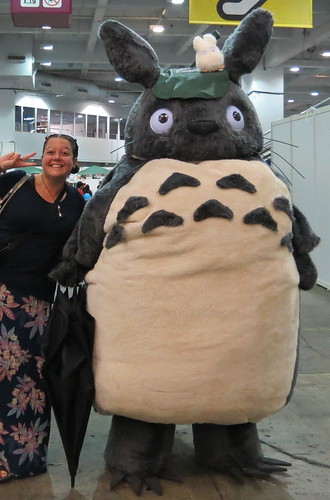 This Rilakkuma sofa and bicycle on display at the ARTBOX stand were pretty cool! They weren’t for sale… 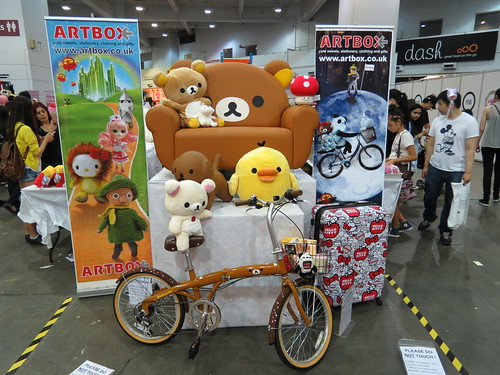 Believe it or not, I’ve never really had the chance to wear a yukata (a light cotton summer kimono) in public before! My colleagues and I decided it would be fun to dress up for the Saturday shift we were doing, and fun it was! It was also pretty hard to move around, and something I would definitely have to practice to get used to! Respect to all Japanese women who have to or choose to wear traditional clothing! 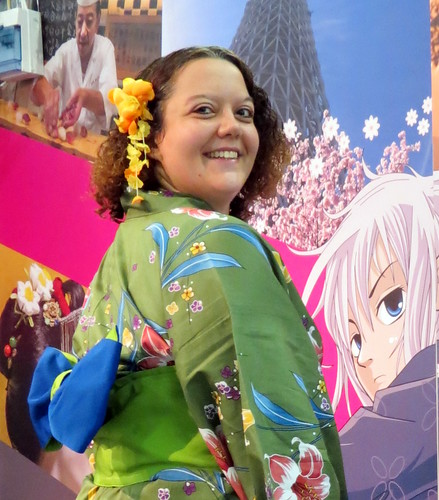 HYPER JAPAN 2014 was a lot more fun than I expected. I thought that, having just recently come back from Japan, I might not be as ‘into it’ this time around, but I absolutely was. To quote one of my colleagues, we “Japanned our faces off”, and it was great! The good news is, we don’t have to wait a whole year for another event! HYPER JAPAN will be back with the HYPER JAPAN Christmas Market in Olympia, London, 14th – 16th November. Check out hyperjapan.co.uk for more information and updates. See you there! またね！