Kikkoman, the soy sauce makers, are currently running a ‘Kikkoman Best Blogger Recipe Competition’ and I thought it would be a bit of fun to enter. In fact, I got so carried away that I have decided to create two entries, and this is the first. The remit is to create a non-oriental ‘one pot’ or ‘one pan’ dish using Kikkoman soy sauce as one of the ingredients. The recipe has to be the blogger’s own and not copied from anywhere, so I spent the week trying to come up with something original, and quizzed a lot of friends and colleagues about what they thought would work. I decided to go with British classics for both of my dishes, and to give them a Kikkoman twist.

The first dish I am calling ‘Spicy Soy Sauce Fish Pie’. It’s a simple fish pie, but I’ve added some ‘shichimi’ (Japanese seven spices) to the mashed potato topping and some Kikkoman soy sauce to the sauce. 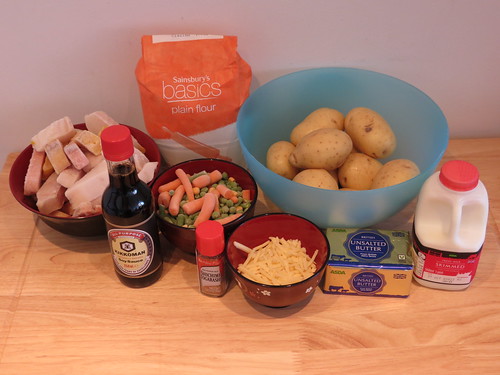 Preheat the oven to 200C. Peel the potatoes and chop them into halves or quarters. 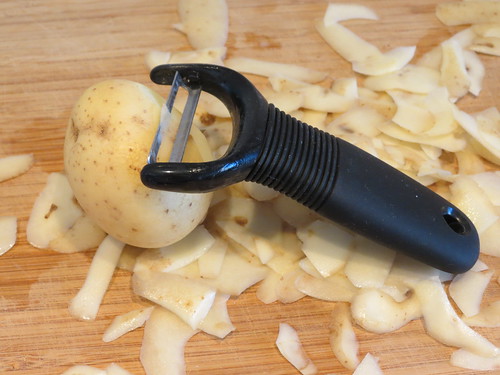 Place the potatoes into a pan of boiling water. Boil until tender. 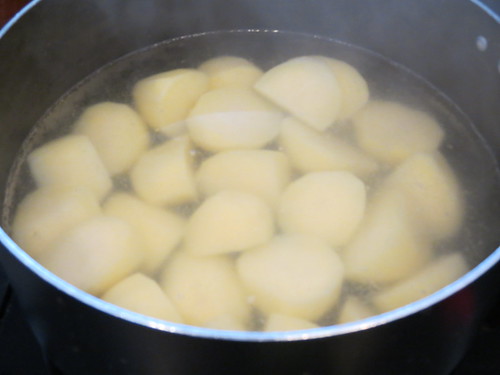 When the potatoes are cooked, drain them and mash them with a little bit of milk and butter. Season with shichimi (as much as you like to give it as much kick as you fancy!). 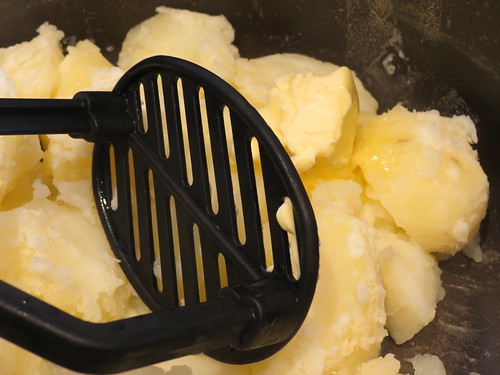 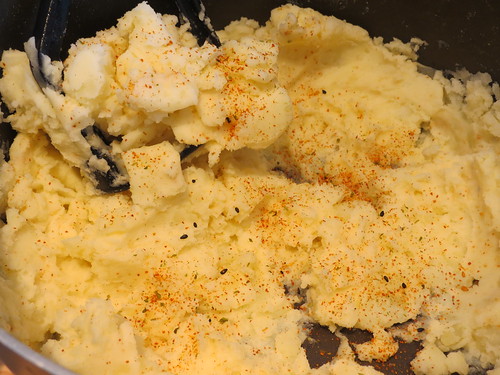 Next, put the butter and flour in a pan and heat gently until the butter has melted. Stir it regularly. Slowly whisk in the milk and bring to the boil. Keep stirring to avoid lumps (no one likes lumpy sauce…). Cook for around 4 minutes until it has thickened. 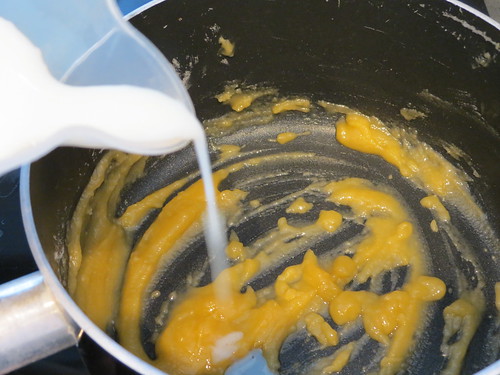 Take the sauce off the heat and stir in the cheese and Kikkoman soy sauce. 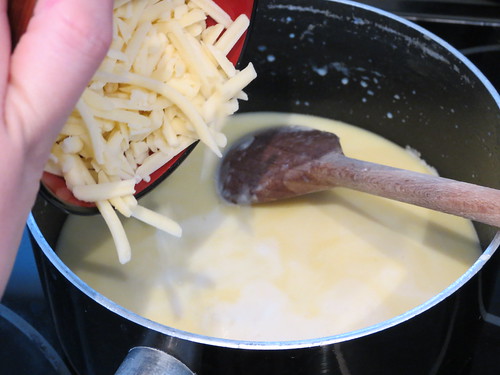 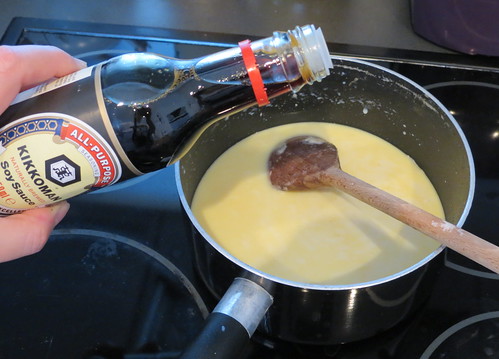 Stir in the fish and vegetables. Mix. 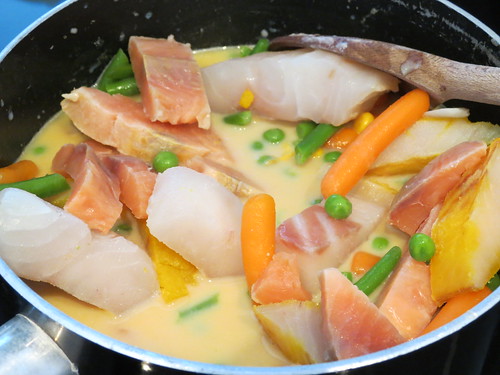 Pour everything into an ovenproof dish. 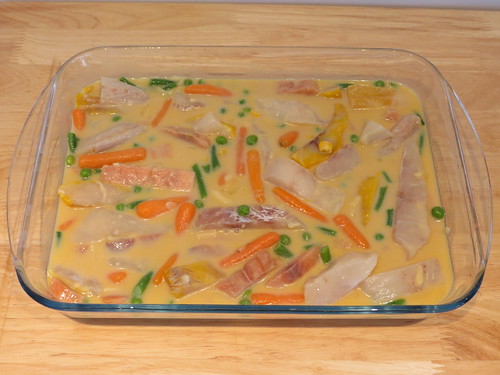 Spread out the mashed potato on top of the mixture and add some cheese on top. Bake for about 25 minutes – until it bubbles. 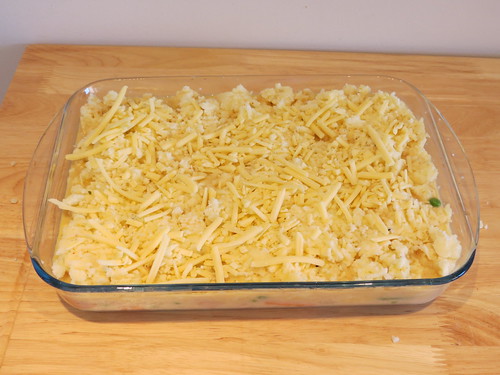 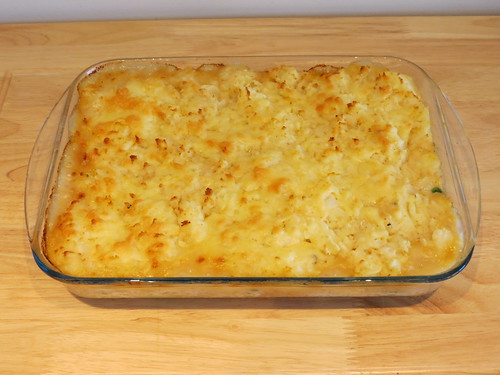 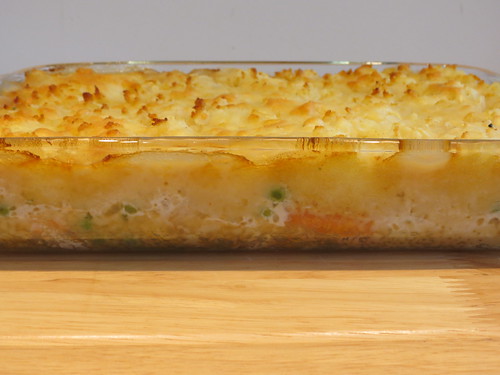 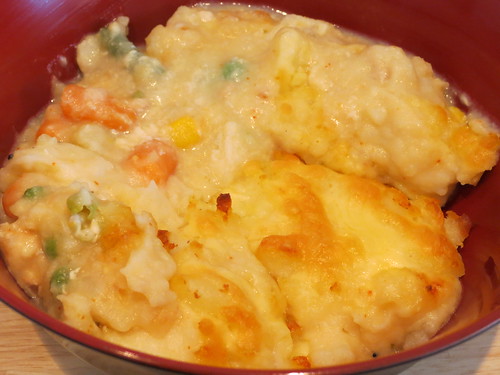 Kikkoman soy sauce can be used for all sorts of things, not just Japanese or Asian food. Find out more about Kikkoman here: www.kikkoman.co.uk. Stay tuned for my second Kikkoman creation…