There were some great ideas, and in the end I decided to write about…

I quite like the word ‘yada’, and I had a ‘yada’ moment this morning, so I thought it would be a good choice for today. ‘Yada’ (やだ), which is actually ‘iyada’ (いやだ), is quite a petulant word and tends be used in situations where someone wants to throw their toys out of the pram. This morning I found I couldn’t open a jar of marmalade and I really wanted to have marmalade on toast for breakfast. To make matters worse, I was feeling all weak and feeble because I did my back in on Friday, so I didn’t even have the energy to try to open the jar. I felt like shouting “yada!” and throwing the jar across the room. I didn’t of course, but I did mumble a bit. In this case, I didn’t like the situation I was in, so ‘yada’ meant ‘I don’t like it’ or ‘I’ve had enough’.

‘Yada’ can be used in different ways to mean slightly different things, depending on the circumstances. Whilst usually pronounced ‘yada’, the original word which ‘yada’ comes from is ‘iya da’, which means ‘disgusting’ or ‘unpleasant’. It can also be used as a refusal to do something. 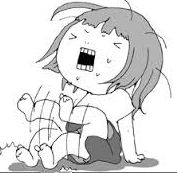 So, although the actual word is ‘iyada’, it’s much more common to drop the ‘i’ and just say ‘yada’. Use this word sparingly though – you don’t want to sound like a brat!

Next week’s post will be about a word or phrase beginning with ‘yu’ (ゆ), so please leave your suggestions below. The word can be a verb, adjective or expression, but no nouns please! For example, ‘yukkuri’ (ゆっくり) meaning ‘slowly’ , would be acceptable, but ‘yuzu’ (ゆず), the citrus fruit, would not. I look forward to reading your ideas! (*^_^)v 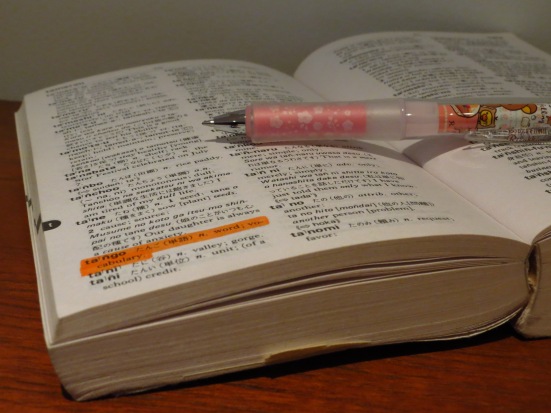