After reading The Legends of Tono by Kunio Yanagita and Tales from a Mountain Cave by Hisashi Inoue I knew I simply had to visit Tono (遠野) in Iwate Prefecture. So, on Friday 30th May I continued my Tohoku adventure and headed towards Tono. 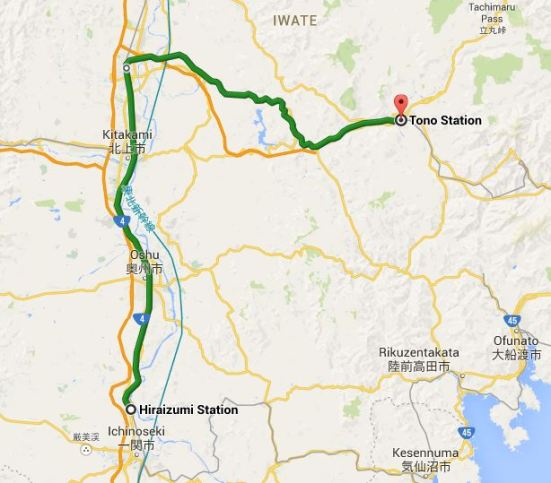 Map showing the route from Hiraizumi to Tono, via Hanamaki

After quite a bit of hanging around due to local line trains which didn’t run very frequently, I finally made it to Tono around 4pm. The journey was beautiful. I thought I might be bored along the way, but I was glued to window, just watching the hills and rice paddies roll by. 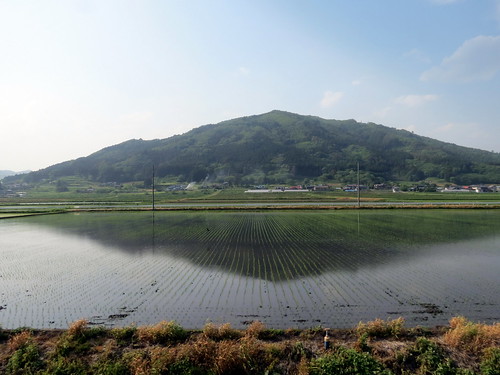 Somewhere between Hanamaki and Tono

The moment I arrived in Tono I was greeted by the creatures I had come in search of – kappa (河童)! Kappa are mischievous ‘river children’; yokai (妖怪) (ghosts or supernatural monsters) found in Japanese folklore. Legend has it that kappa, which come in lots of different shapes and sizes (and are usually red or green), lurk in the water waiting to play pranks and cause trouble. Most are just naughty, but some are malevolent and are said to drown people, kidnap children and rape women. 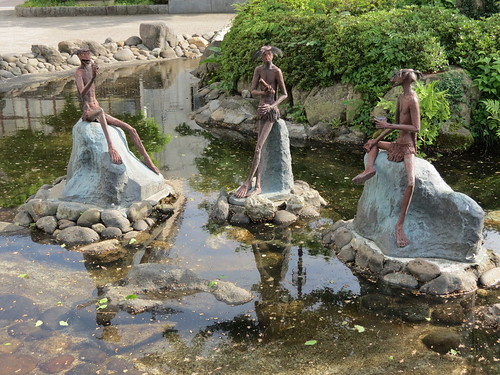 As I walked through the small, sleepy town of Tono I noticed signs of folklore everywhere… 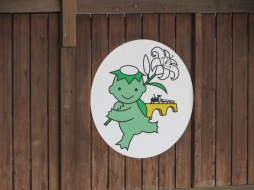 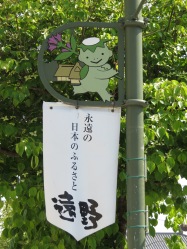 Kappa on a bike 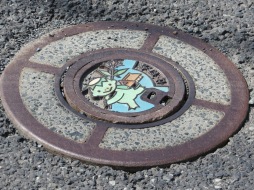 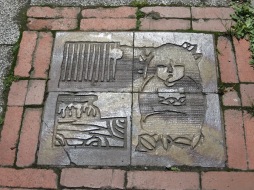 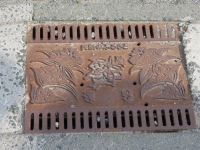 Kappa on the road 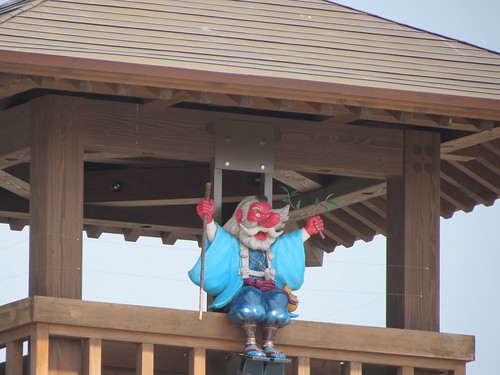 And I also LOVE this ‘police box’ (like a small local police station) shaped like a kappa: 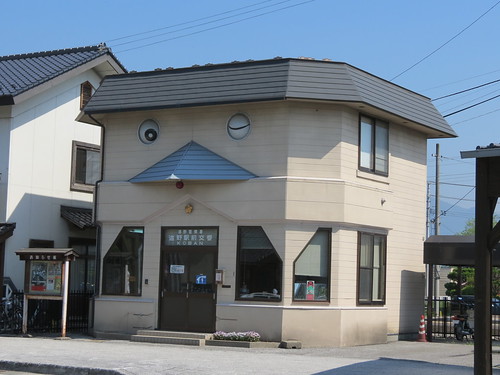 After checking in to my hotel, I spent the rest of the afternoon in the Tono Folktale Museum which was just across the road. 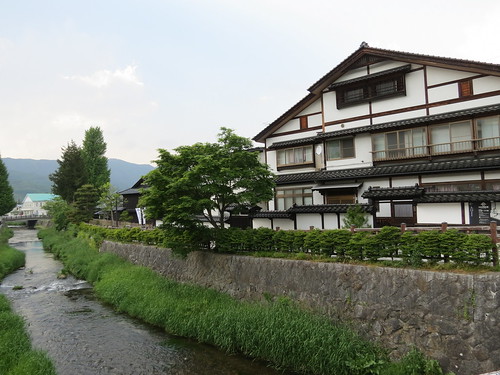 Despite a lot of the information being in Japanese, I absolutely adored the Folktale Museum. It was designed how I think museums should be designed, much like the Studio Ghibli Museum in Tokyo, as a place to play and explore. Most of the exhibits were interactive, and there were secret things to be discovered everywhere. 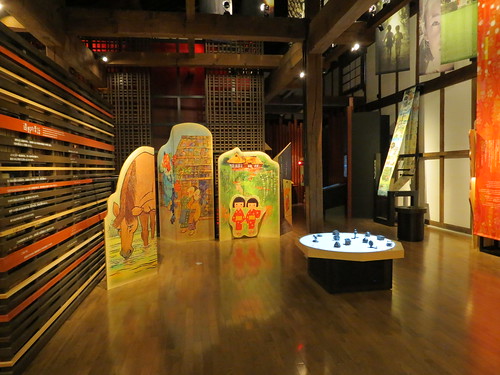 Inside the Tono Folktale Museum 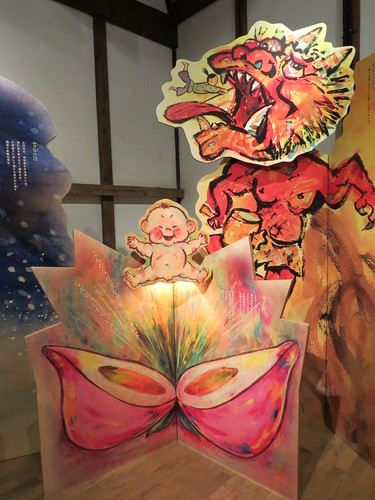 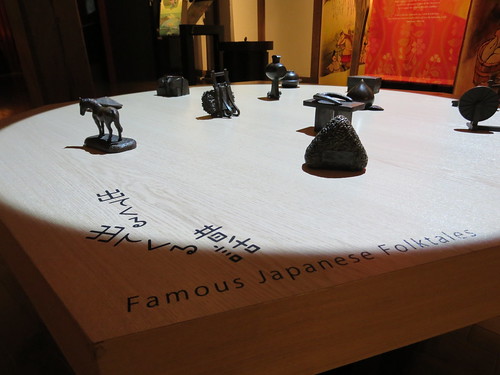 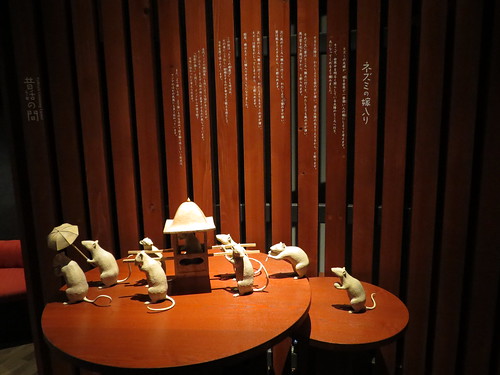 This is probably ‘Nezumi no Yomeiri’ (ねずみの嫁入り) – ‘The Mouse’s Marriage’ 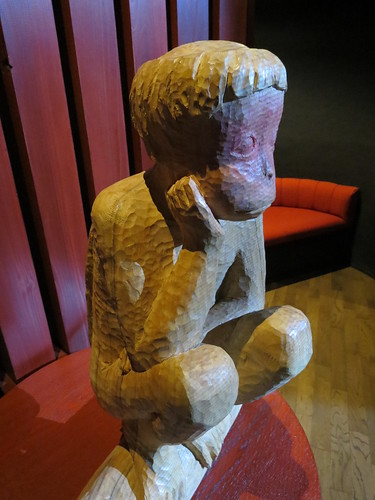 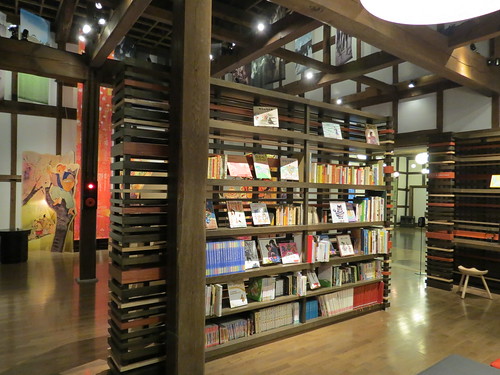 All the stories you could want to read… 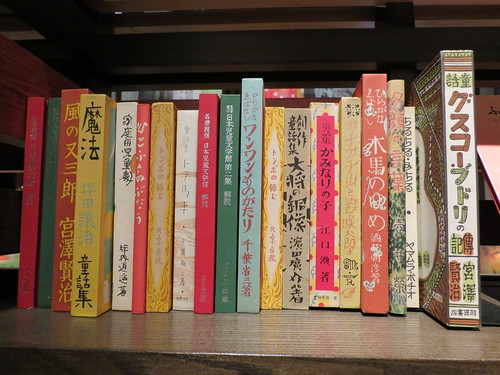 I only wish I could read them!

Attached to the Folktale Museum is a museum dedicated to the life of Kunio Yanagita (柳田 國男), the author of Tono Monogatari (遠野物語) (The Legends of Tono). The museum features the Takazen Ryokan, where Yanagita stayed when he visited Tono, and also Tanagita’s home which was transported from Tokyo to Tono. Kunio Yanagita (1875 – 1962) was a scholar and writer who is known as the father of Japanese native folkloristics, or ‘minzokugaku’ (民俗学). Born in Fukusaki, Hyogo Prefecture, Yanagita studied in Tokyo where he later became a bureaucrat in the Ministry of Agriculture and Commerce. Yanagita went on a lot of business trips during this job, and whilst travelling he observed local village customs and eventually he published The Legends of Tono (1912). He also collaborated extensively with folklorist Kizen Sasaki (佐々木喜善) (1886 – 1933), known sometimes as the ‘Japanese Grimm’, and they published several books together. 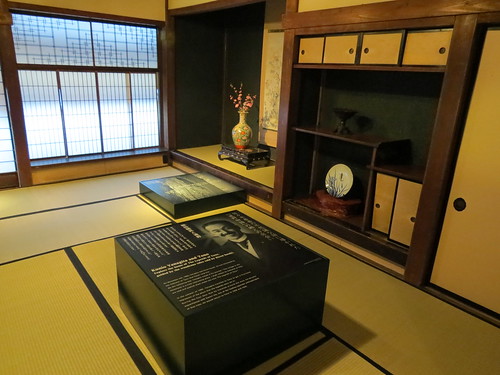 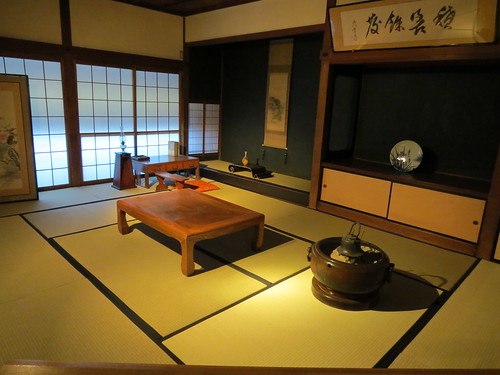 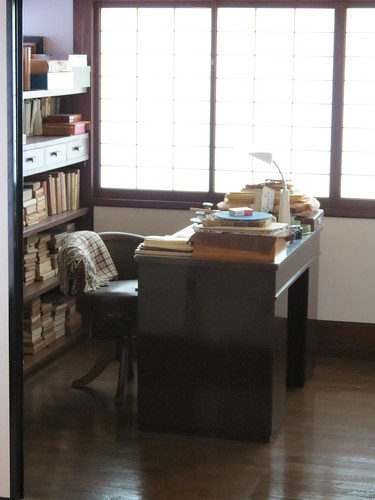 I could see myself writing at a desk like this…

The following day, ready for monster hunting, I met with my guide again (the same guide I’d had in Naruko). We had such a full day, and this post is already quite photo-heavy, so I’m going to pause here… Please join me soon for my very own ‘Tale of Tono’…