Anyone who knows me will know that I love Japanese Kit Kats, and when I heard that a Kit Kat shop was opening in Tokyo I knew without a doubt that it had to be on my list of places to visit! I actually made it to the shop twice during my trip, as the first time they had already sold out of some of the limited edition Kit Kats. The second time I visited I got there early and queued up outside to get in – I’m such a geek!

The shop is actually inside the Seibu department store in Ikebukuro in Tokyo. I was a little disappointed that it wasn’t a whole Kit Kat shop all of its own, but what is there is very well done and I was actually quite excited to visit (especially the second time after queueing up to get in!). 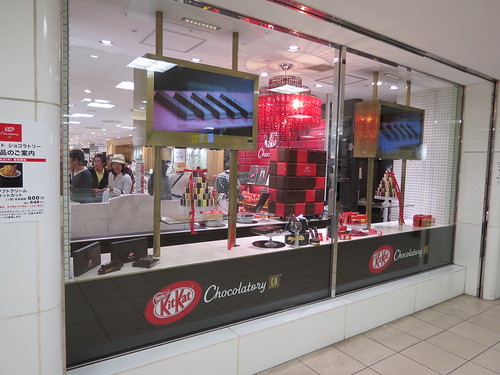 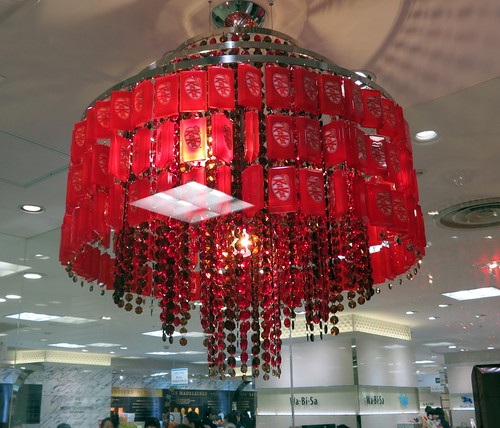 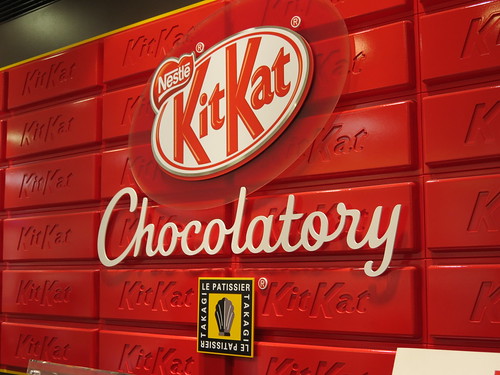 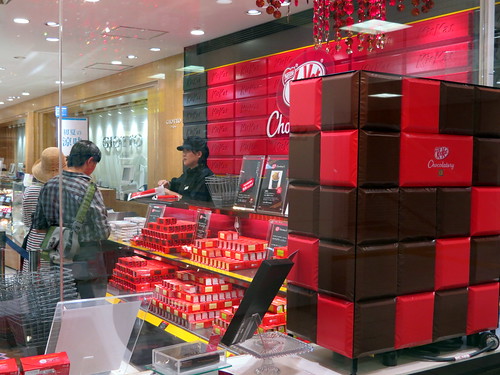 It’s all very ‘Japanese department store’ inside and the staff are sooooo polite! 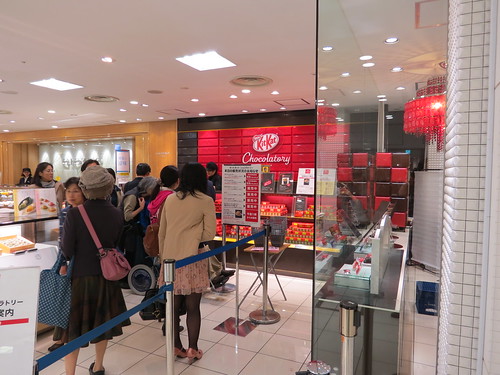 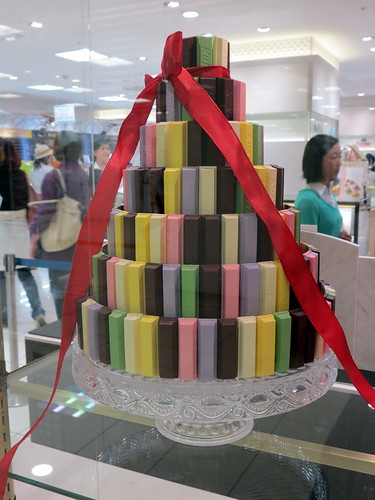 Inside the store is a very small Kit Kat history display (including both British and Japanese Kit Kats), as well as displays of all the special Kit Kats on sale. 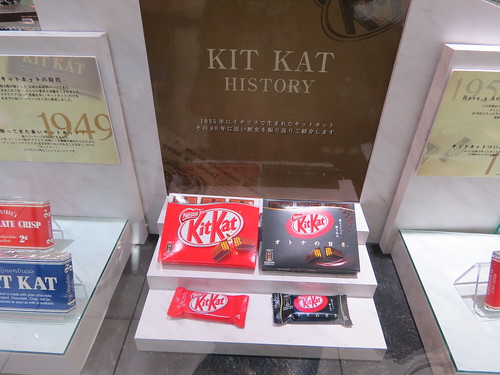 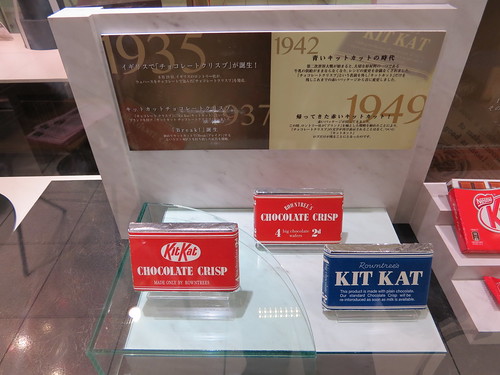 Kit Kats actually date back to 1911, but the first bar launched on 29th August 1935. In 1937 ‘Rowntree’s Chocolate Crisp (back centre) was renamed ‘Kit Kat Chocolate Crisp’. In 1942, due to ingredients shortages owing to World War II, the first colour scheme and flavour variation came into play (see the blue Kit Kat, which was dark chocolate). In 1949 Kit Kat returned to red and its original milk chocolate recipe. 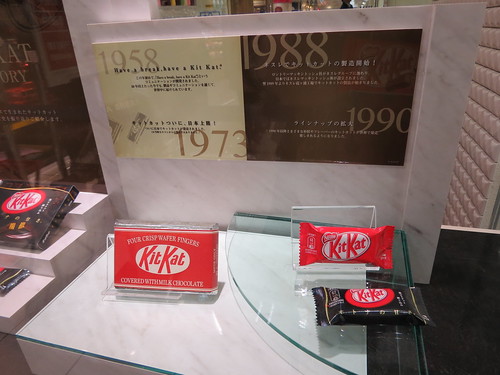 In 1958 the classic advertising line ‘Have a Break, Have a Kit Kat’ was created by Donald Gilles, and in the 1970s Kit Kat expanded into Europe and the USA (via Hershey Corp.). In 1973 an agreement was made to sell Kit Kats in Japan via the confectionery company Fujiya. In 1988 Nestlé acquired Rowntree. In 1989 Kit Kat production began in a new Nestle facility in Kasumigaura in Japan, and in the 1990s manufacturing operations were set up in Malaysia, India and China. 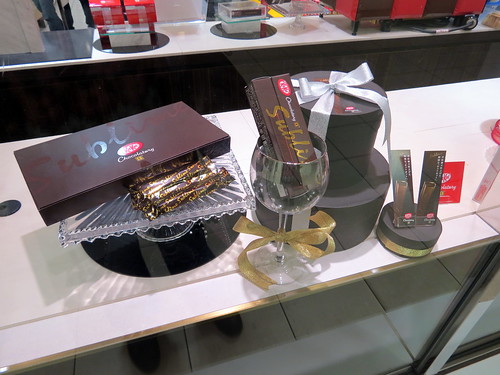 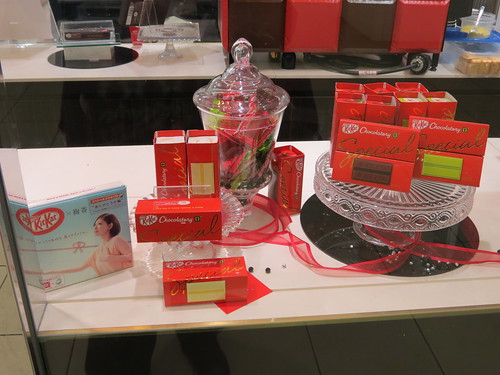 Special Kit Kats on display in the Kit Kat Chocolatory

For a limited time the shop was selling the new Baked Kit Kats with soft chocolate ice cream. YUM! 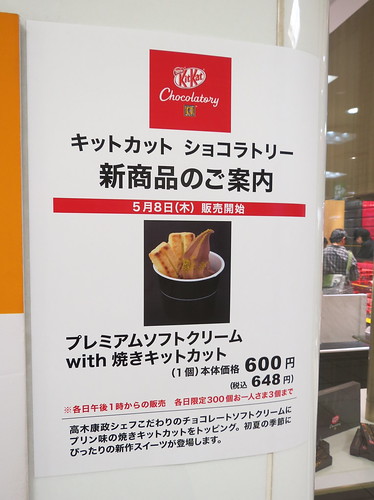 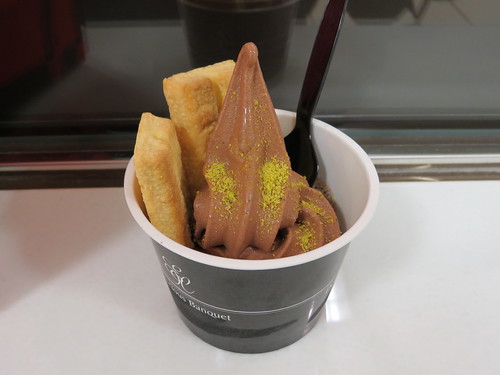 Naturally, I bought everything I could lay my hands on. Japanese Kit Kats make great gifts, and of course I love them too! Sadly there was a limit on some of the special editions and the very polite shop staff made me put half the contents of my basket back. Oops. Still, I got quite a good haul over my two visits! 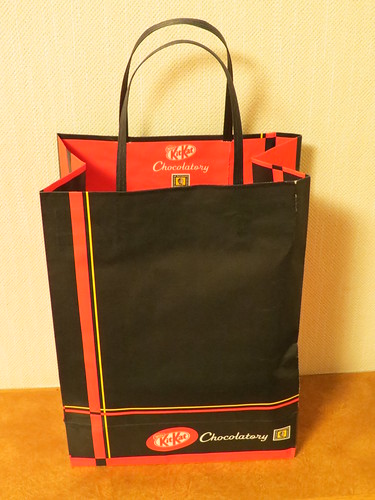 Even the paper bags are classy! 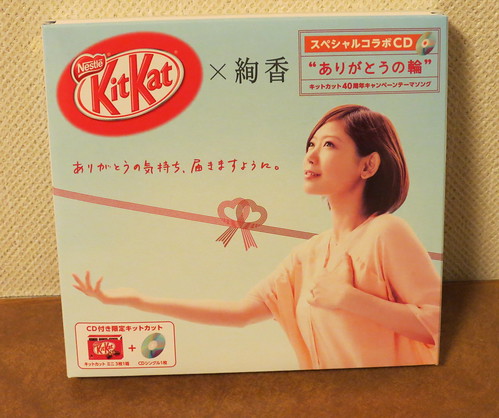 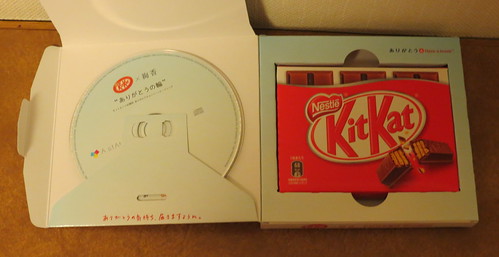 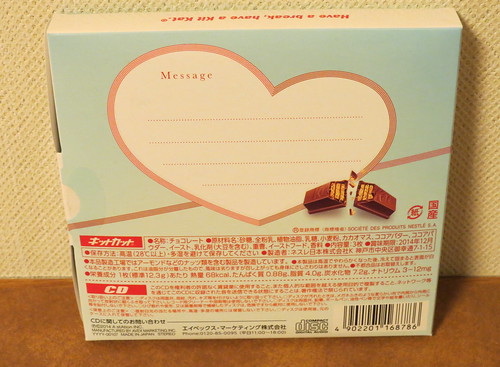 On the back of the box there was a space to write your message. I guess it was meant as something to be given to say ‘arigatou’ (thank you). 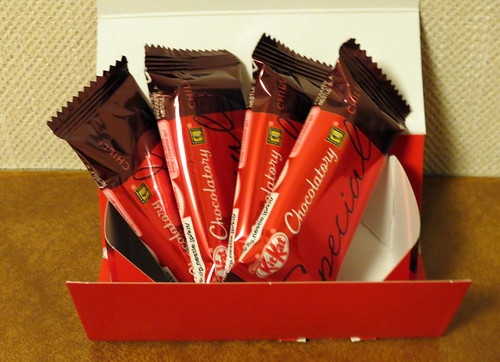 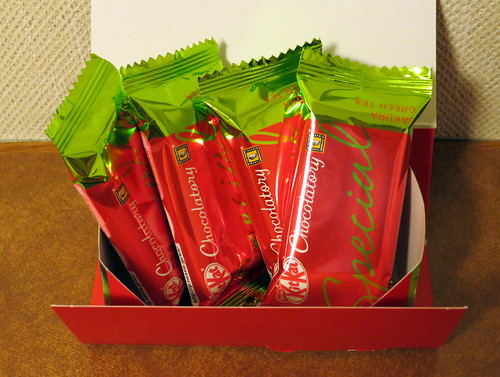 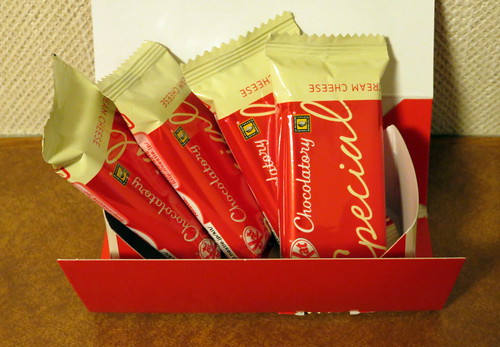 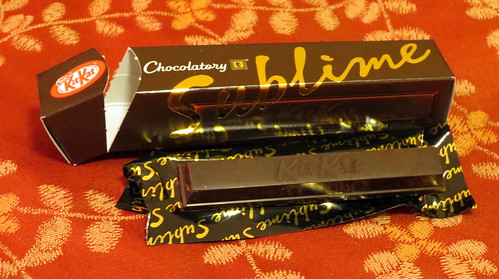 There are actually three Kit Kat Chocolatory stores in Japan now, two in Tokyo and one in Nagoya. You can see the store information here (in Japanese). I actually received some special Kit Kats from the Nagoya Chocolatory recently, so I’ll be writing about those over on Kit Kats! soon along with lots of other exciting Japanese Kit Kat updates!