Back in December, on my birthday, I took myself to London for the day and decided to go and see SIRO-A at the Leicester Square Theatre. I’ve seen them before at the theatre, and a number of times at HYPER JAPAN, but couldn’t resist seeing them one more time!

SIRO-A have been dubbed ‘Japan’s answer to the Blue Man Group’. I have never seen the Blue Man Group perform live, so I can’t easily compare them, but what I can say is that SIRO-A are fantastic entertainers and I’ve always enjoyed their performances. They use a mixture of projection and light effects with props, a few costumes, and some excellent tunes to really carry the audience away on a technodelic adventure. They use humour, pop culture, Japanese culture and dance to entertain, and it’s wonderful!

Here’s one of my favourite dance pieces from SIRO-A’s official YouTube channel:

In a number of their pieces they use projected light people to dance with and I think it’s not only very clever but also stunning. I can’t even quite fathom how it all works, and that’s ok, because it’s magic.

Entering the theatre, SIRO-A were milling about, encouraging the audience to visit a photobooth that would later become part of the show. Audience participation is a big part of what they do, and they do it well! I’ve met them a number a times, and they seem like such genuine, hard-working guys. Right after the show they were back out in the lobby thanking everyone for coming, with barely enough time for a breath. 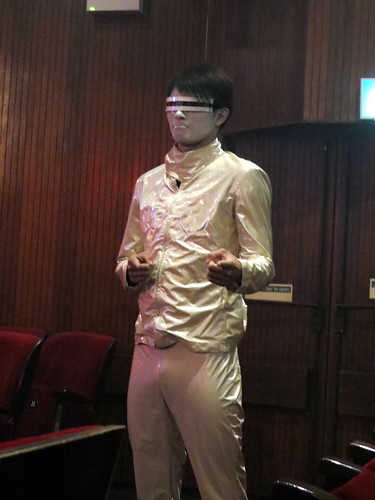 Before the show began various messages were displayed on the screen in the theatre. Among them was something I don’t think I have ever seen in a London theatre: 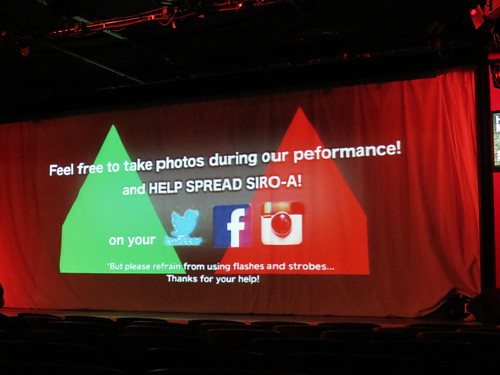 ‘Feel free to take photos during out performance!’

SIRO-A actually wanted the audience to take pictures during the show! I tried, but without getting in the way or being a nuisance it actually wasn’t that easy. I did get this one though: 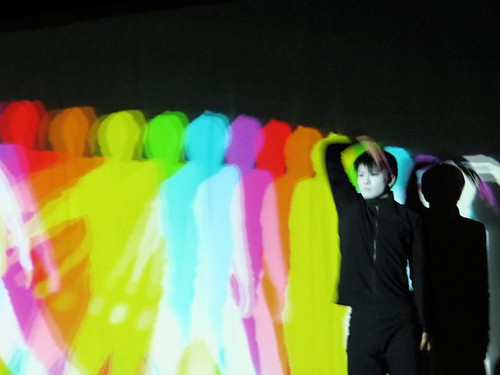 This is from another of my favourite dance pieces:

Although there were some similar pieces in this show compared to the first show I saw, there were enough new pieces to make it totally worth going. There were also some pieces which I had seen at HYPER JAPAN but which looked a lot better in the theatre. My two new favourite pieces were ‘Character Cinema’ (especially the Full Monty bit!):

And a piece which is all about Japanese culture, ending with a Monty Python-esque geta (wooden sandal) squashing them all. This one doesn’t seem to be on their YouTube channel, but I have a (not great quality) recording of it from the last HYPER JAPAN here:

I adore SIRO-A! I really hope after their stint at the Leicester Square Theatre finishes they return to the UK at some point, and perhaps even tour. I’d love to see them here in Bristol! (Hint hint! Please come to Bristol!) 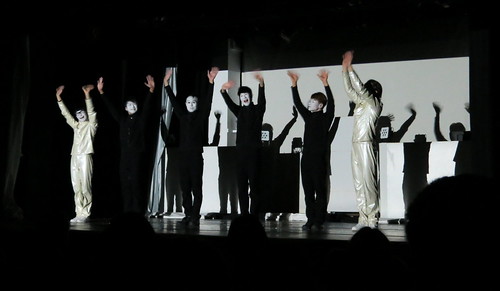 On my way out of the theatre I met this cheeky chap: 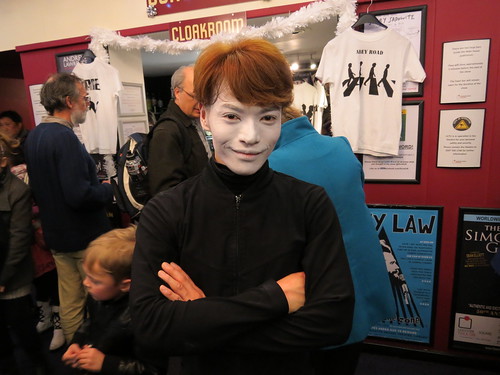 He managed to somehow persuade me to join in their ‘Do you wanna be SIRO-A’ ‘Barcode-Man’ promotion… well, I didn’t need that much persuading! 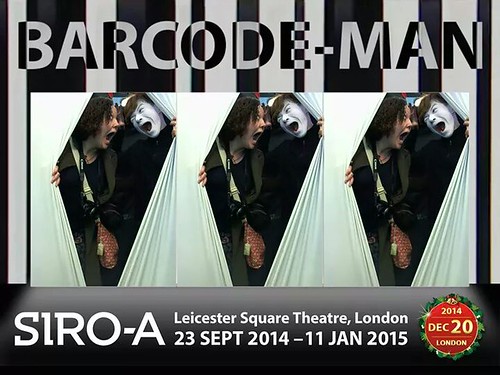 Every day they post the photos and videos of people joining in on their Facebook page. Great marketing, I have to say! I’m in this video around 15 seconds in, but blink and you’ll miss me!

SIRO-A are at the Leicester Square theatre until 11th January, so you don’t have long to catch them! Visit www.leicestersquaretheatre.com or www.facebook.com/SiroAUK  for more information.