It’s time for ‘Japan by Prefecture‘ again! This is the series that aims to provide the highlights of each prefecture of Japan, along with my personal favourites and suggestions from readers. This week, we’re looking at Shizuoka (静岡県).

Shizuoka Prefecture is part of the Chubu Region (中部地方) and the capital is Shizuoka City (静岡市). Thank you to Zooming Japan, Japan Australia, Uncovering Japan and Paul for making comments and suggestions for this week’s post – I’ll see how many I can use! I actually lived in Shizuoka Prefecture, in Hamamatsu (浜松) for a year from 2010 – 2011, so I have had a chance to see quite a few places in Shizuoka Prefecture. But there are so many more places I have yet to see!

There are lots of places I visited whilst living in Hamamatsu which would normally not make it to a ‘top ten sights in Shizuoka Prefecture’ post, and yet these are some really wonderful places. Some of my favourite lesser-known spots are: Kanzanji (かんざんじ), the Fuji Safari Park (富士サファリパーク), Fukuroi (袋井), Arai (新居), Ryugashi-do Caves (竜ヶ岩洞) and Miyakoda (都田).

Moving on to more well-known areas, I have to start with Hamamatsu, which was my home for a year. When I moved to Hamamatsu (from Nagoya) a lot of people wondered why. People even told me there was nothing in Hamamatsu worth going there for, but they were wrong! Not only did I meet some wonderful people in Hamamatsu, I found it to be a very livable city and a really great place to be. One of Hamamatsu’s highlights is Hamamatsu Castle (浜松城). Although this is a reconstructed castle and certainly not one of Japan’s best, it’s still a nice place to visit. 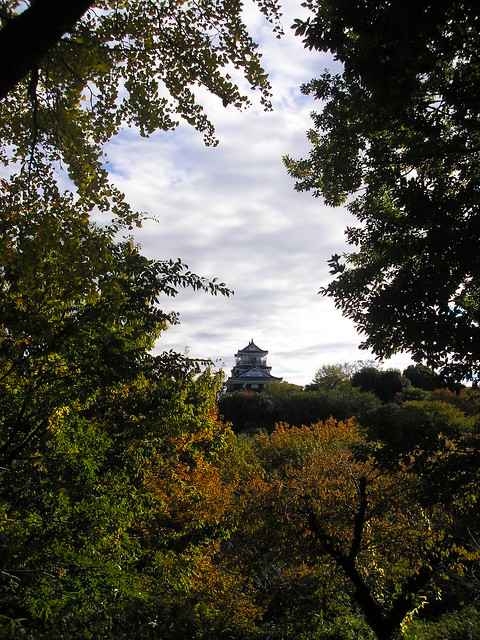 Hamamatsu Castle was home to Tokugawa Ieyasu (徳川 家康), who later relocated to Sumpu castle which we will come to later. 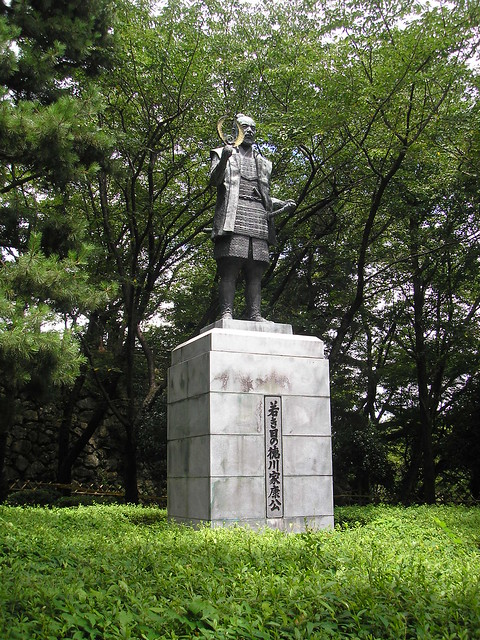 Another reason to visit Hamamatsu is for the Hamamatsu Matsuri which takes place in May during Golden Week. This unique festival sees participants battling in a field with large kites, and it’s really fun! In the evenings of the festival days there are also parades of lit-up portable shrines and floats through the streets of the city. 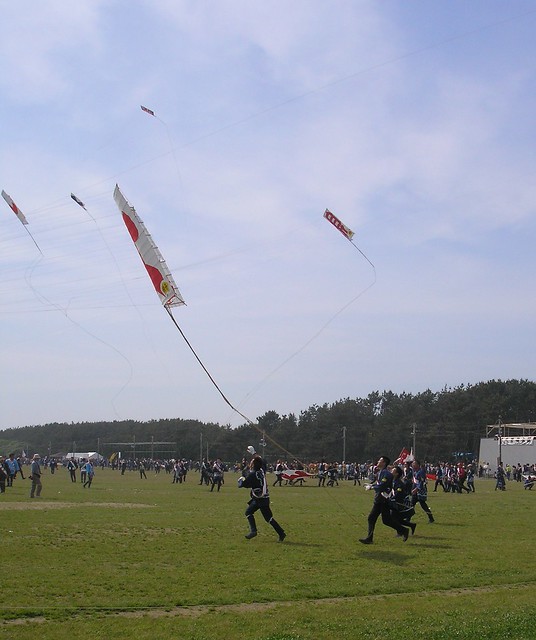 Kite battles at the Hamamatsu Matsuri

Near Hamamatsu is Lake Hamana (浜名湖) or ‘Hamanako’, which is Japan’s tenth largest lake. Most of the attractions in this area are centred around Kanzanji Onsen, which I mentioned above, so naturally this is a place in which you can try hot spring baths. It’s a bit of a kitsch, retro kind of place, but the lake is beautiful. 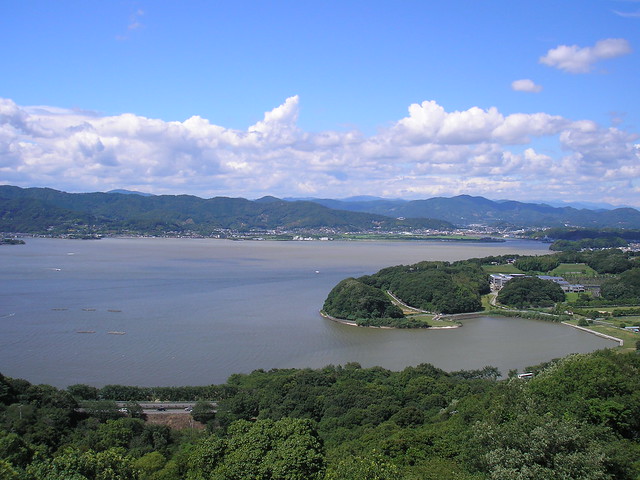 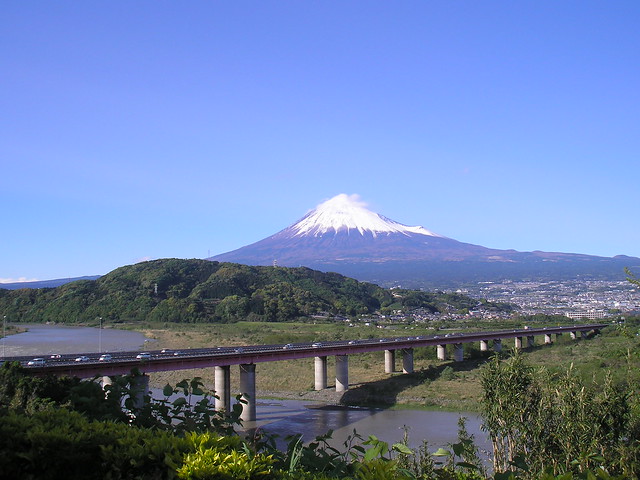 This has to be the best Starbucks in the world! 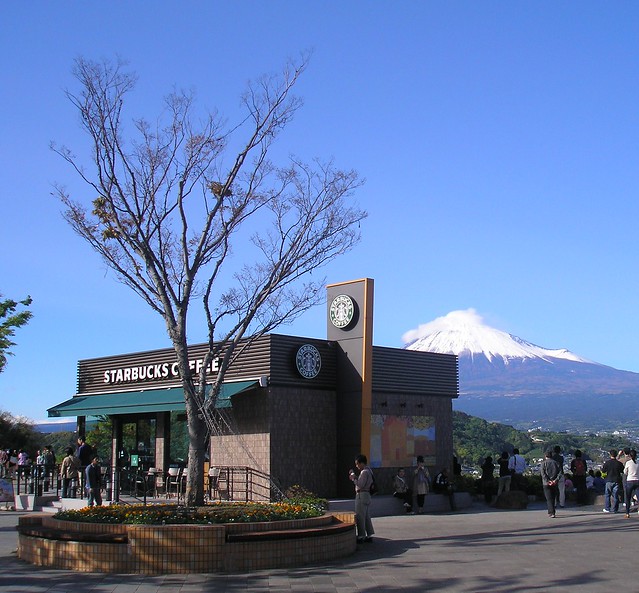 Starbucks at the Fujikawa Service Area

Another fantastic place from which to view Mount Fuji is Nihondaira (日本平). Nihondaira is a view point for Mount Fuji, and what a view it is… 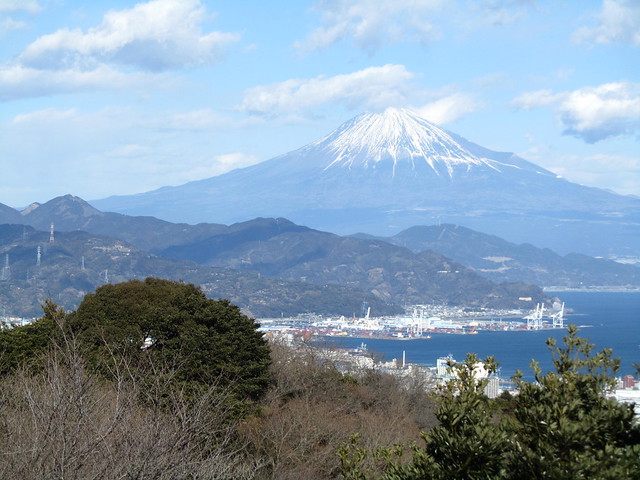 Kunozan Toshogu Shrine (久能山東照宮) is also near Nihondaira. I’ve passed by briefly but sadly haven’t had a chance to visit properly. This is the shrine where Tokugawa Ieyasu was buried before being moved to Nikko. You can see that this shrine is as ornately decorated as the shrines in Nikko are. 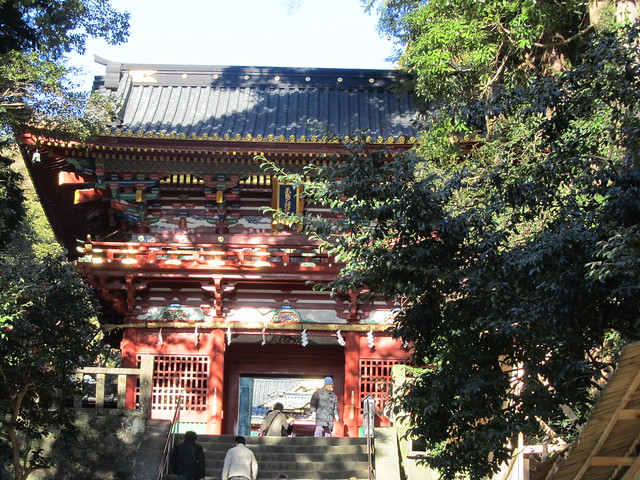 Shizuoka City is also worth a mention, though it wouldn’t be on many standard tourist trails. I visited Shizuoka City for the first time a few months after I moved there, mainly to see the large Gundam robot statue that was there at the time. This statue is now located in Tokyo’s Odaiba (お台場) area. 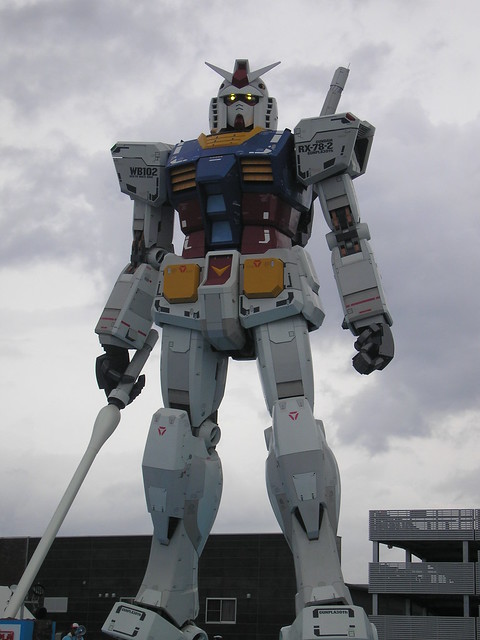 Sumpu Castle (駿府城) is the main sightseeing spot in Shizuoka City, and this was another home to Tokugawa Ieyasu. Today, only ruins remain, but the park area is pretty and it’s still a nice place to visit. 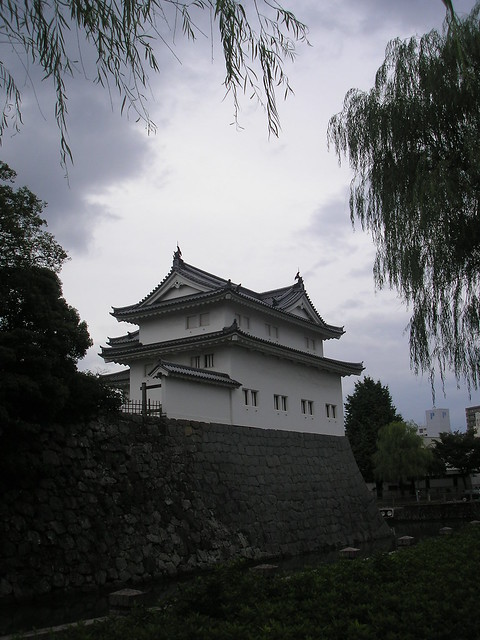 Also close to Sumpu Castle is the ornately decorated Shizuoka Sengen Shrine (静岡浅間神社), which again clearly shows its connections to Nikko’s shrines through its elaborate decoration. 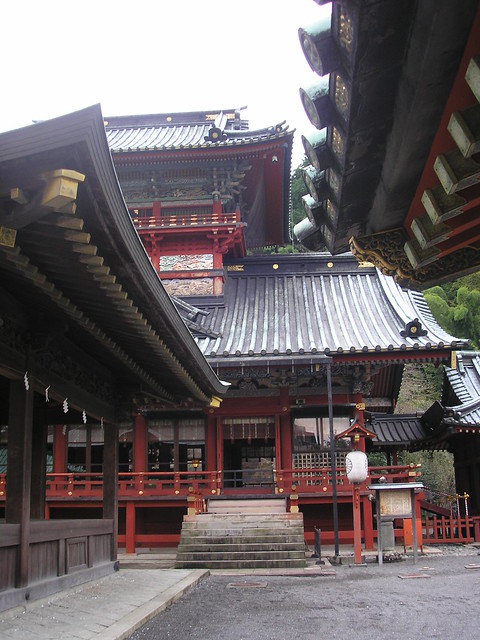 One of the best times to visit Shizuoka City is for the Daidogei World Cup in Shizuoka, which takes place at the end of October/beginning of November. Daidogei is a celebration of art, performance, clowns and acrobatics, and it’s a really fun event! I visited in 2010 and had a blast! 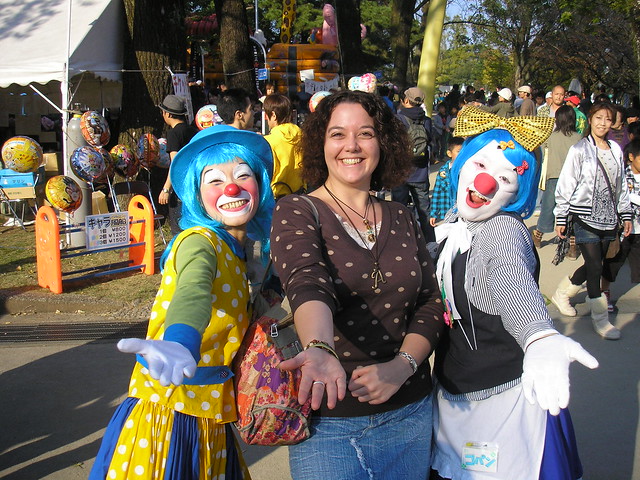 If natural beauty and more chances to see Mount Fuji are your thing, two other great places to check out in Shizuoka Prefecture are Miho no Matsubara (三保の松原) and Shimizu Port (清水港). Miho no Matsubara is famous for being the subject of a Hiroshige ukiyo-e woodblock print featuring Mount Fuji:

The shore at Miho beach is lined with pine trees stretching seven kilometres, and is actually part of the Fujisan Cultural Site on the World Heritage List.

Shimizu Port is, I think, the port area pictured in my shot from Nihondaira above. It looks like a stunning area, and I wish I had spent more time exploring there when I had the chance. I do love a port city…

It’s easy to forget that the Izu Peninsula or ‘Izu Hanto’ (伊豆半島) is actually part of Shizuoka Prefecture too. Confusingly, what was once known as Izu Province (伊豆国) comprises both the Izu Peninsula and the Izu Islands, but today the Izu Islands are part of Tokyo. The Izu Peninsula is mostly known for its hot spring resorts such as Atami (熱海), but it is also known as being one of the biggest producers of wasabi in Japan. Most people think that for beaches in Japan you have to fly south to the Okinawan islands, but if you’re happy with a Japanese-style beach rather than a tropical beach, and if you’re in season (most beaches are only open for a couple of months in the summer), the Izu Peninsula actually has a lot to offer. One beach on the Izu Peninsula that appeals to me is Shirahama (白浜) in Shimoda (下田). Shimoda is historically famous as the place where Commodore Matthew Perry of the US Navy arrived with his ‘black ships’ (黒船) in 1853, which eventually led to the end of Japan’s 200 year era of isolation from the outside world.

Shizuoka is an awesome prefecture – possibly one of the best I’ve written about yet – and I do wish I had spent more time exploring whilst I had the chance. It is a part of Japan I would love to go back to, and I hope I will have the chance in the future! Actually, I can reveal exclusively here that I will be exploring a little bit more of Shizuoka in November when I visit Japan for a holiday, as my friend and I have plans to visit a place called Sumatakyo (寸又峡). Sumatakyo, or Sumata Gorge, is famous for its rickety suspension bridges strung across incredible turquoise water. I’m both nervous and excited about going there!

Some common themes for souvenirs (or ‘omiyage’ / おみやげ) from Shizuoka Prefecture are tea, wasabi and unagi (eel). My favourite souvenir from Hamamatsu was Unagi Pie – I even visited the factory where they make them! Unagi Pie is a sweet puff pastry, wafer biscuit which does actually have eel in it, but you wouldn’t know. Wasabi comes in everything in Shizuoka – even Kit Kats! The idea of a wasabi Kit Kat might sound disgusting, but it really isn’t. The wasabi flavour is mild, and somehow counteracts the sweet white (greenish!) chocolate on the Kit Kat. Some of the best tea in Japan is grown in Shizuoka, so naturally this is the place to pick up fresh green tea as well. So basically, most omiyage from Shizuoka is green – either green tea or wasabi! Wooden handicrafts such as Suruga Sensuji Bamboo Ware are also popular.

Next week I will be writing about Aichi (愛知県). Have you been there? What’s good to eat there and what omiyage should I buy? What are the best sightseeing spots or hidden gems? Please do share your thoughts below, and join me next week for Japan by Prefecture!