It’s time for ‘Japan by Prefecture‘ again! This is the series that aims to provide the highlights of each prefecture of Japan, along with my personal favourites and suggestions from readers. This week, we’re looking at Aichi (愛知県).

Aichi Prefecture is part of the Chubu Region (中部地方) and the capital is Nagoya (名古屋市). Thank you to Japan Australia and Paul for making comments and suggestions for this week’s post – I’ll see how many I can use! Aichi Prefecture holds a very special place in my heart, as Nagoya was my home for two years and my first home in Japan. Some of my very best friends in the world live in Nagoya, and actually the company I work for now has their Japan office in Nagoya so I have almost daily contact with my colleagues there and a million excuses to return. Nagoya will always be my second home. ❤ 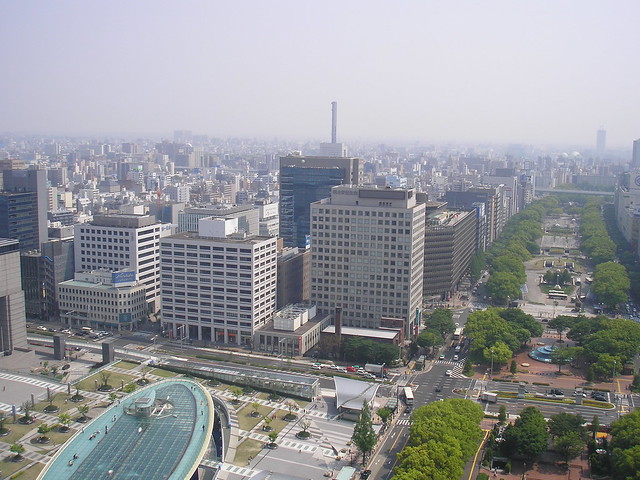 So, let’s start with Nagoya. Nagoya is actually Japan’s fourth most populated city, but it’s not somewhere which appears that high on most tourist’s itineraries (unless they are travelling at the time of the sumo in Nagoya – July – or have a keen interest in cars – Nagoya is home to the Toyota Factory). But I think more people should visit Nagoya – it’s a great city! (I know, I am a little biased…)

Nagoya’s main tourist attraction is Nagoya Castle. Although this castle is not an original, and does feature a lift rather than steep wooden staircases, it is still pretty impressive. A key feature of the castle is the golden creatures on the roof. These ‘golden dolphins’ or ‘kinshachi’ (金鯱) are something of a symbol of Nagoya and appear on all sorts of souvenirs. 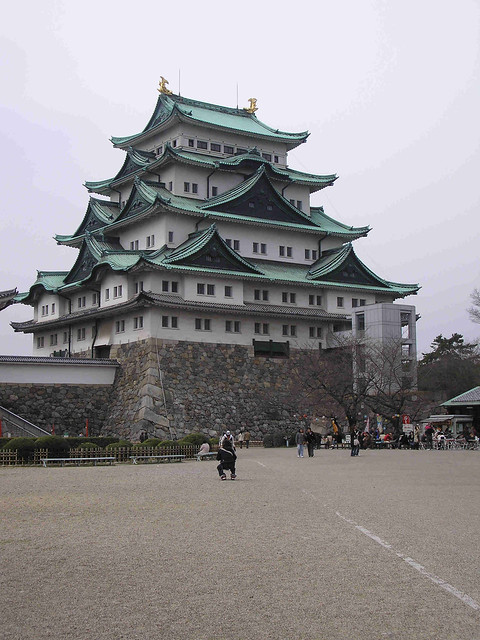 Near Nagoya Castle is a park called Meijo Koen (名城公園), which is a lovely place for cherry blossom parties or simply to enjoy the nice weather. This wasn’t too far from where I lived, and I used to like walking through there if I decided to walk all the way into town. (I lived in an area of Nagoya called Kurokawa, which was just a little way out of the centre of town.) 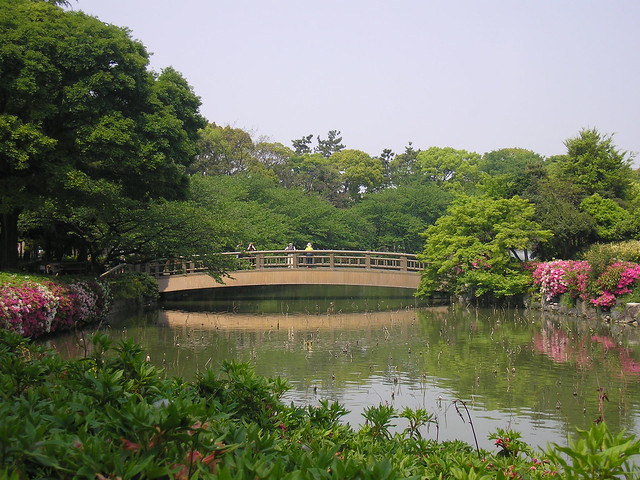 Another great place to visit in Nagoya if you like gardens is the Tokugawa Art Museum (徳川美術館) and Tokugawaen (徳川園). This art museum features exhibits of samurai armour, swords, and other cultural artefacts. There are also special seasonal exhibitions, such as a display of dolls for Hinamatsuri (雛祭り) in March. Tokugawaen is a Japanese landscape garden next to the museum, which is particularly lovely in the autumn when they have special light up displays in the evenings. 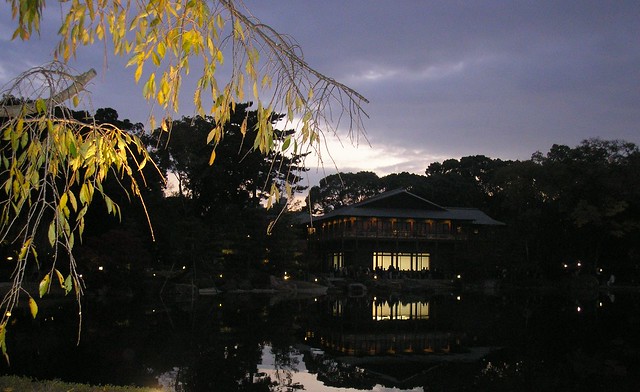 Nagoya has a number of interesting shrines and temples. I won’t mention them all here, but must mention the most important shrine, Atsuta Shrine (熱田神宮), and temple, Osu Kannon (大須観音). Atsuta Shrine is ranked as being as important as the Great Shrine of Ise, and really is a hidden treasure of Nagoya. It’s especially exciting to go there at New Year for ‘Hatsumode’ (初詣), the first shrine visit of the year, although it does get very crowded. 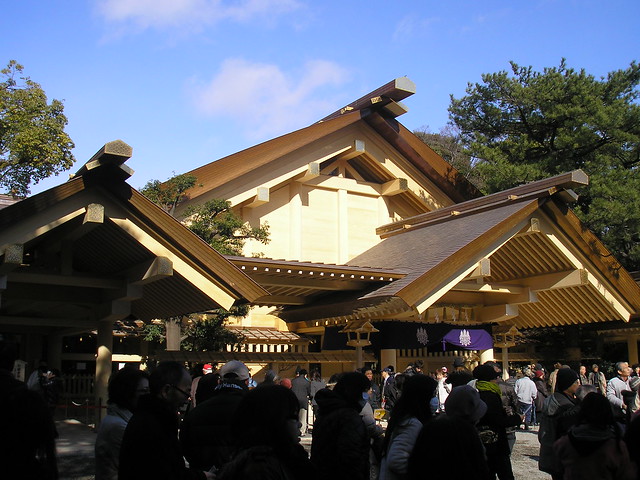 Osu Kannon is a temple in downtown Nagoya, near a quirky shopping arcade which features lots of electronics, and stores specialising in anime, manga and cosplay. Flea markets are held at the temple twice a month, too. Bizarrely, I think Osu Kannon was one of the first temples I visited in Japan (having somehow missed Sensoji in Tokyo!) and it was the first moment I felt like I was really in Japan when I was on that first trip back in 2006. 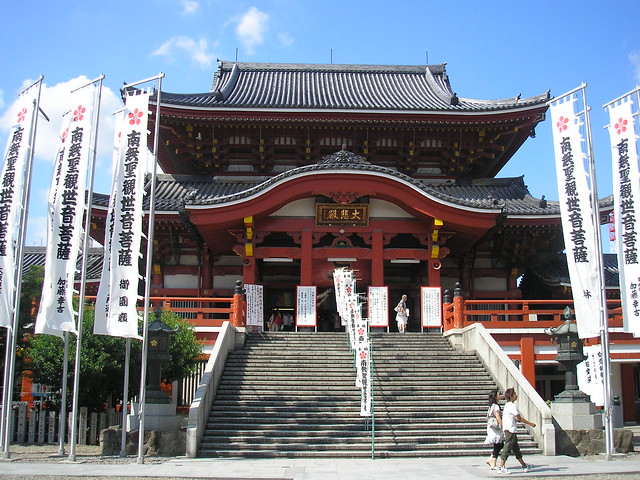 I could easily write this whole post about Nagoya, and I haven’t even mentioned the oddly shaped Oasis 21 shopping centre or Nagoya Port and aquarium yet, but I think I should move on to other areas of Aichi, as there is more to see than just Nagoya. 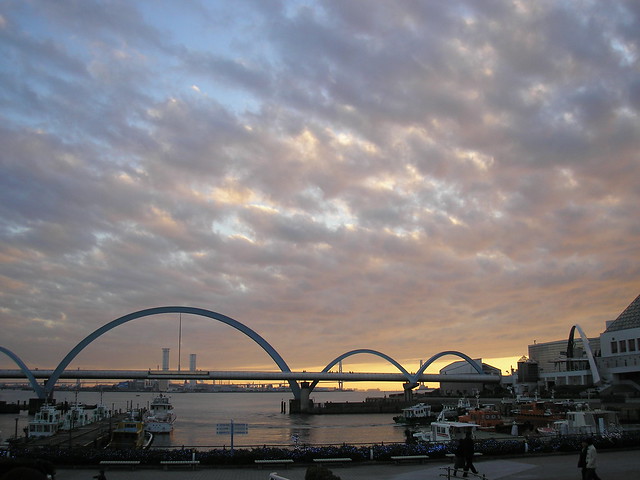 Inuyama (犬山), literally meaning ‘dog mountain’, is one of my other favourite places in Aichi. Unlike Nagoya, the castle here is one of only twelve originals left in Japan and was originally constructed in 1537. The castle stands at the top of a small hill near the Kiso River, and the views from the top of the castle on a clear day are gorgeous! 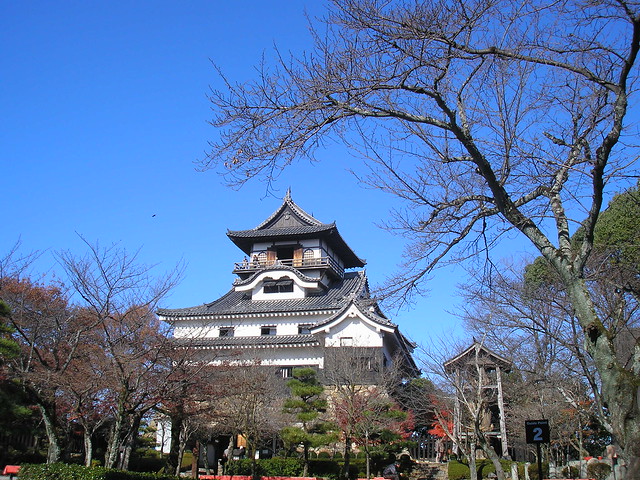 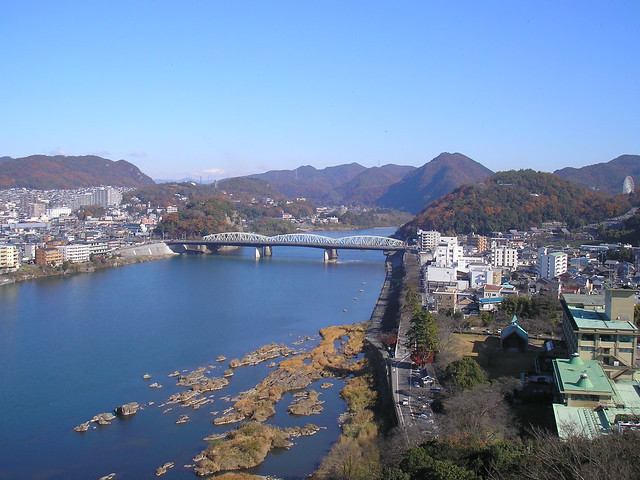 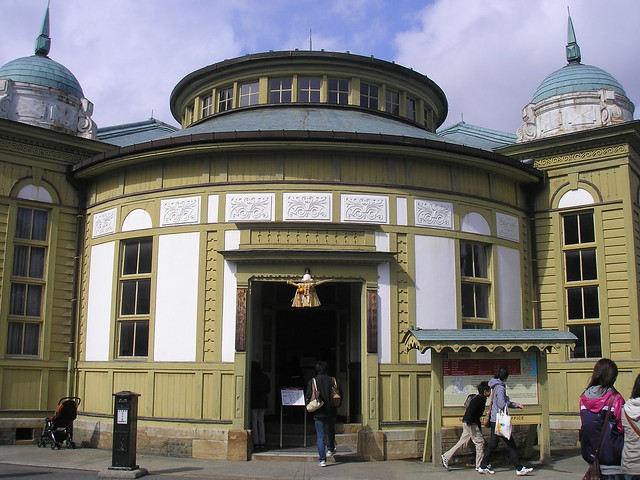 Also nearby is another open air museum called Little World (リトルワールド). Little World is a ‘Museum of Man’, featuring buildings and costumes from around the world set out in some sort of geographical groupings. It’s incredibly cheesy, but I quite like a bit of cheese every now and then! 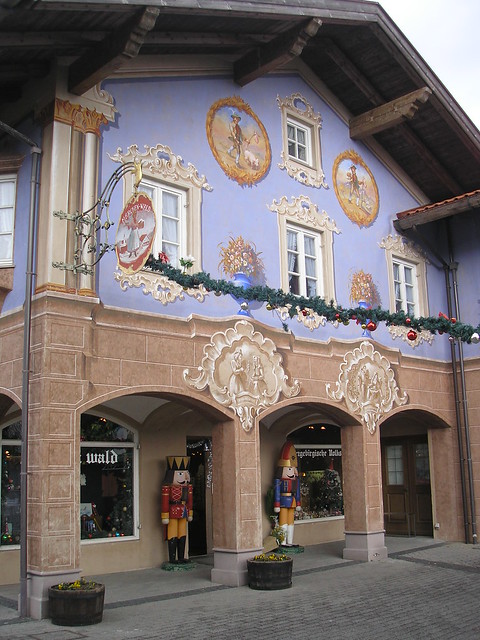 There are lots of other small towns in Aichi Prefecture which have places worth visiting, but most people just passing through Japan will never find these. One such place, which I am lucky enough to have visited, is Laguna Gamagori (ラグーナ 蒲郡). Laguna Gamagori is a marine resort complex, and whilst it’s not one of my favourite places in Japan, it’s a lovely seaside spot, and somewhere I really enjoyed visiting. Gamagori (蒲郡市) is a city in Aichi Prefecture, and Laguna Gamagori is in the Bay of Mikawa (三河湾). There is a small themepark there called Lagunasia (ラグナシア), as well as shops and restaurants. It’s possible to take a boat out into the bay and enjoy the lit up view at night. 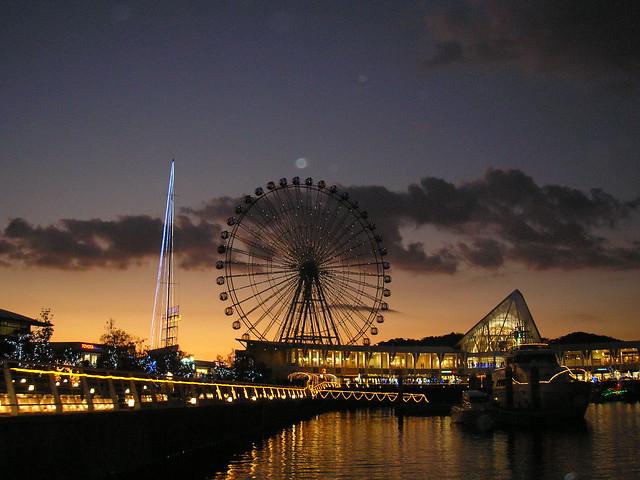 I don’t normally have a food section, but Aichi Prefecture deserves one! There is just SO much good food from this area of Japan…

Souvenirs (or ‘omiyage’ / おみやげ) from Aichi Prefecture often feature miso and azuki beans, as these are both popular foods from this area. In fact, there is even a miso Kit Kat from Nagoya, which is actually rather nice and for a while there was an Azuki Sando (azuki sandwich) Kit Kat too! (I’m not sure if this one is still around now.) Souvenirs often feature the famous golden dolphin, and you can even find well known characters such as Hello Kitty with the golden dolphin sometimes. Nagoya’s baseball mascot Doala also features on some souvenirs.

Next week I will be writing about Mie (三重県). Have you been there? What’s good to eat there and what omiyage should I buy? What are the best sightseeing spots or hidden gems? Please do share your thoughts below, and join me next week for Japan by Prefecture!