“X Japan (エックス・ジャパン) is a Japanese heavy metal band from Chiba, formed in 1982 by drummer Yoshiki and lead vocalist Toshi. Predominantly a power/speed metal band with heavy symphonic elements, they later gravitated towards a progressive sound with an emphasis on ballads. Besides being one of the first Japanese acts to achieve mainstream success while on an independent label, the group is widely credited as one of the pioneers of visual kei, a movement among Japanese musicians comparable to Western glam.” (Wikipedia)

That was roughly all I knew about X Japan until recently. I was sure I had probably heard their music, but I couldn’t name a track. I just hadn’t crossed paths with their music – they weren’t really on my radar. That was until HYPER JAPAN Festival a few weeks ago in London. When HYPER JAPAN announced that Yoshiki (林 佳樹) and Toshi (出山利三) from X Japan would be performing at the event I had a feeling it was going to be something special, and I knew I had to be there.

On the day I had my hesitations. There were crowds and queues, and the O2 staff were being very unhelpful to the press and not telling us which entrance to use to get in to the concert, but once I had started trying to get in I knew I had to. I didn’t want to miss this one!

When I got in it was only press and VIPs and the regular guests hadn’t come in yet. Yoshiki and Toshi were sound-checking on the stage. 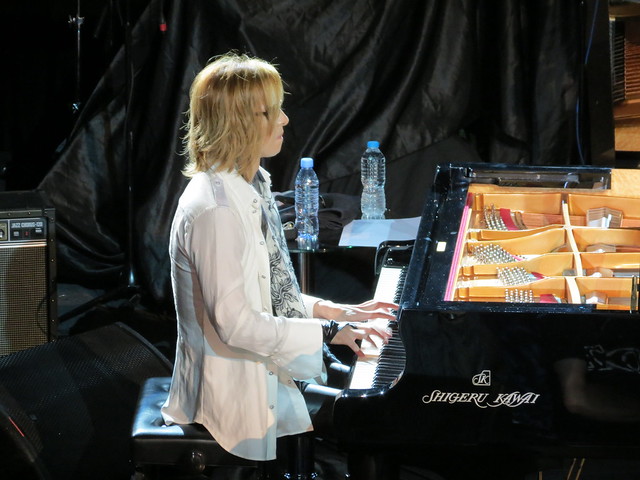 As I steadied my camera a tough-nut security guard shouted at me and told me I wasn’t allowed to film. I told him I was only taking pictures and he went away, but I felt like I was being watched like a hawk. So, even though I saw lots and lots of people filming on their phones during the show, I didn’t film. Any video I took would probably have been kicked off YouTube anyway! 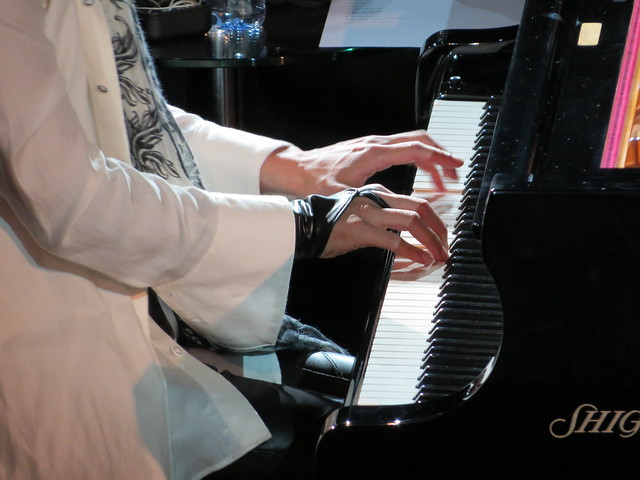 When the crowds came in they flooded through the doors – some people were running, desperate to get to the front. I stayed where I was, firmly planted on the balcony where I had a fantastic view. The excitement built as a video played of X Japan performing live around the world, and the dramatic ‘Miracle‘ from Yoshiki’s ‘Classical’ album played. This was an excited crowd, and when they came on stage there was screaming and a lot of people held their glowsticks or just their arms in the air in the shape of an X. “We are… X! We are… X!”, they shouted. 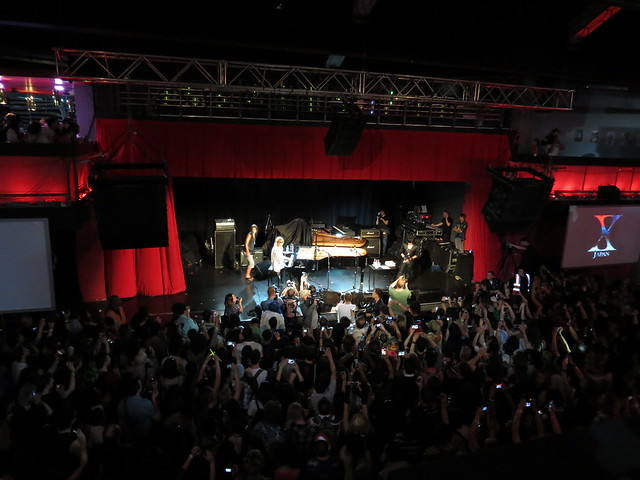 I would describe the set Yoshiki and Toshi performed as classical acoustic. I wasn’t familiar with any of the songs, nor did I really know what to expect, but I absolutely fell in love with the music. I found the melodies and vocals really quite moving. In fact, I’ve been listening to Yoshiki’s ‘Classical’ album ever since! I’m no expert, but he seems like an absolutely phenomenal pianist. 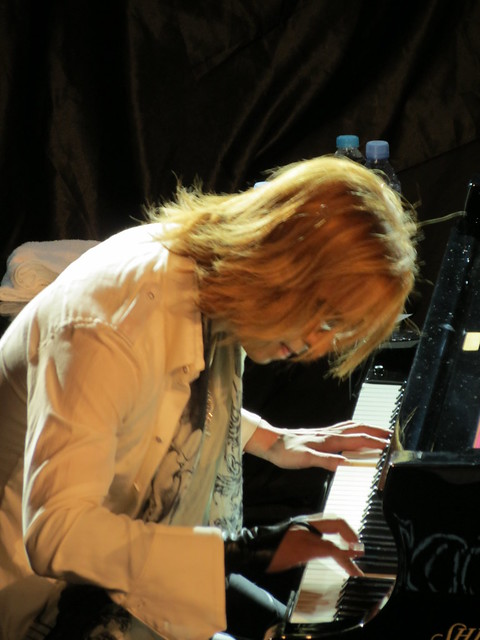 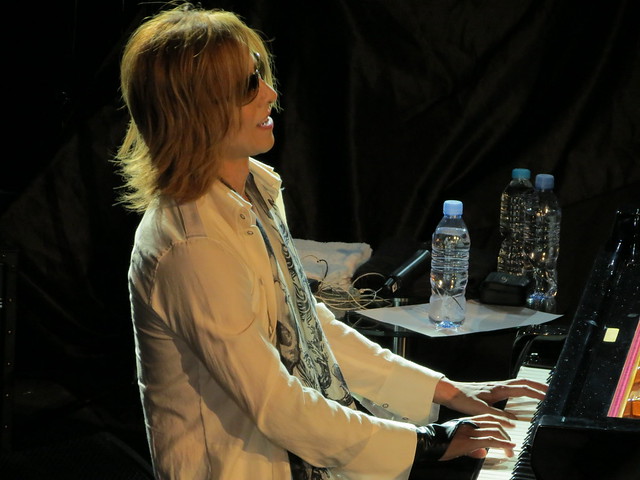 Toshi’s vocals were outstanding. At times his voice were just so haunting, sending a shiver down my spine and almost bringing a tear to my eye. 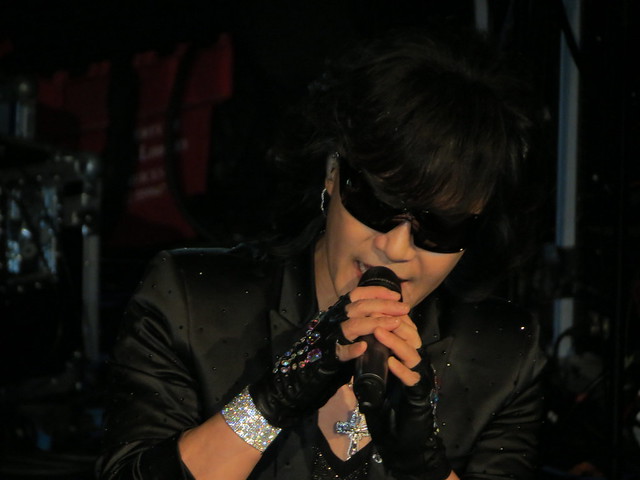 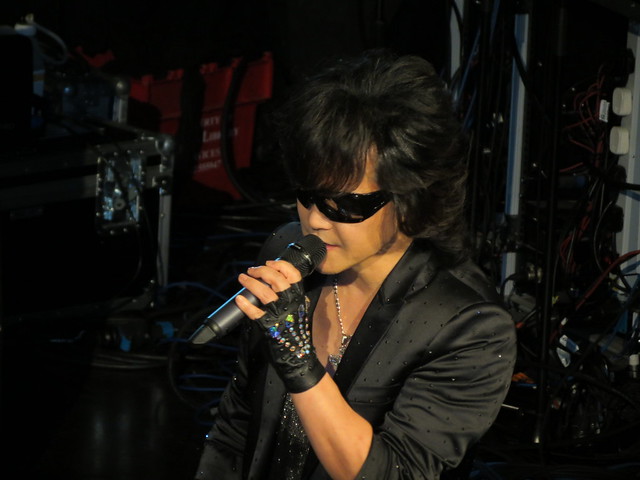 I think ‘Endless Rain’ is one of my new favourite songs. Here’s a video of it from X Japan’s concert at Tokyo Dome in 1997. This concert was to be their last live concert as they were then (and look at their hair!).

X Japan split up in 1997 and shortly afterwards the band’s lead guitarist, hide (松本 秀人), was found dead in his Tokyo apartment. Since then, the band have reformed for various gigs and tours, but they have not had a studio album since 1996’s ‘Dahlia’. 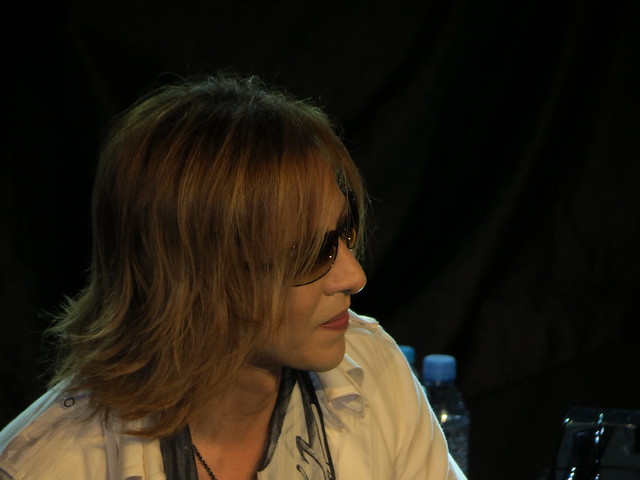 However, that will all change next year! At HYPER JAPAN it was announced that not only will X Japan be releasing their first studio album in 20 years next year (scheduled for release on 11th March), they will also be playing a concert at Wembley Arena on 12th March. I have to say, I’m tempted to go…

Regardless, I will definitely be buying the album when it’s released next year. I guess I’m an X Japan convert now, thanks to HYPER JAPAN! 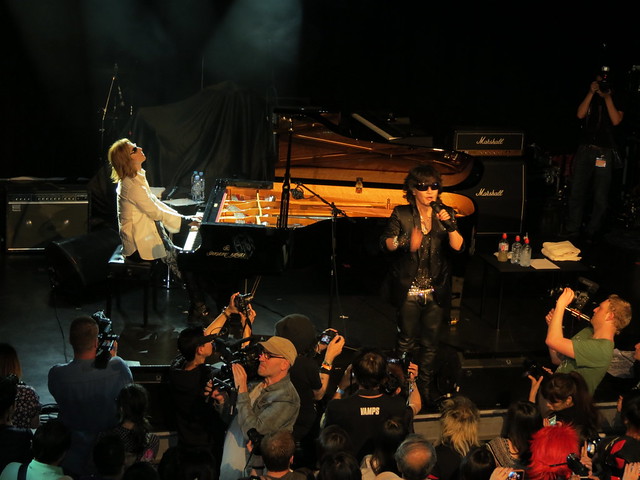 I don’t know how long it will stay up on YouTube, but there is a great video of clips from the set by Had0kenUK here on YouTube. Thanks for uploading that, Had0kenUK! 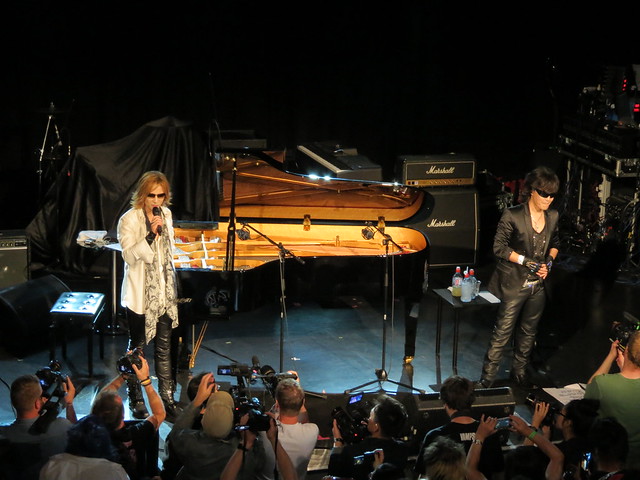 On the Sunday at HYPER JAPAN I happened to find myself in the right place at the right time – just as Yoshiki and Toshi were going to the X Japan booth to greet some fans. I wasn’t allowed to get too close, and only fans who had already bought concert tickets were allowed to high-five the stars, but it was still pretty cool to see them up close and listen to them speak about their plans for next year, albeit briefly. 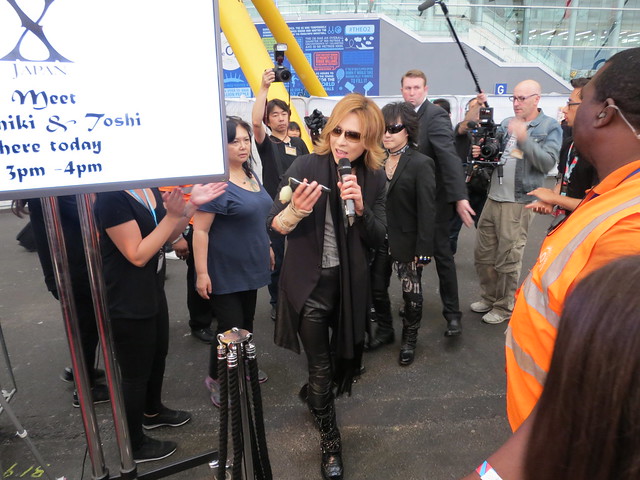 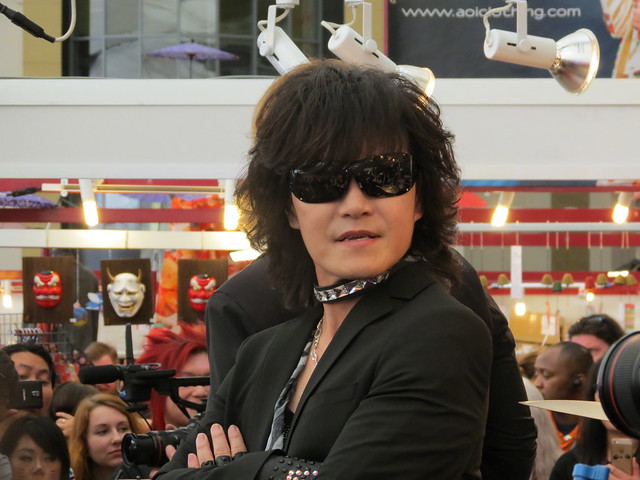 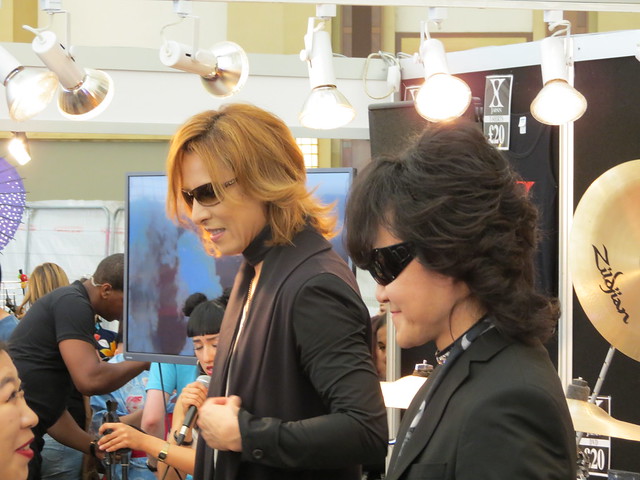 It was really cool that Yoshiki and Toshi from X Japan came to HYPER JAPAN, and I don’t think I would have got to know their music otherwise. This was definitely the highlight of the weekend for me! Some of X Japan’s music is a bit heavy, but I absolutely love the more classical songs and the ballads. Clearly they are very talented musicians, and given their longevity I would say they are probably up there with Queen, David Bowie and the Rolling Stones when it comes to talent. I’m so pleased to have discovered X Japan, even if I am a little late to the party!