Last time queen of kawaii Kyary Pamyu Pamyu (きゃりーぱみゅぱみゅ) came to the UK I couldn’t go to her concert and I was gutted, so when I heard she was returning I knew I couldn’t miss it for the world! My friend and I went up to Camden for the night a couple of weeks ago, and what a fun night it was! 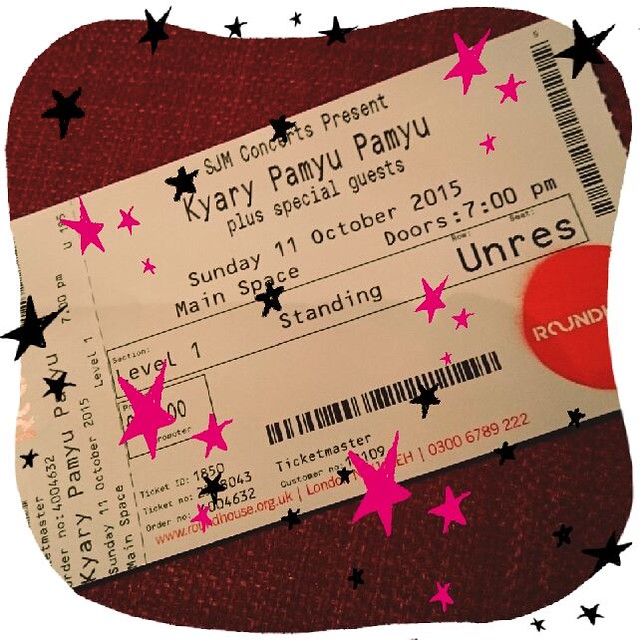 It was cool to be back in Camden. Although I never spent that much time there, I do have some very fond memories associated with the area, and it was fun to poke around the market stalls and take a look at the graffiti and colourful fashions. Camden was more colourful than usual on this particular day, as along with Kyary came the Moshi Moshi Nippon Festival. Actually, I thought the festival could have been so much more, and it was a shame it was so small and unpublicised. They could have really made a thing out of it, but instead there were just a few stalls in the Roundhouse, some squeaky J-pop singers, and one of Kyary’s outfits being displayed. 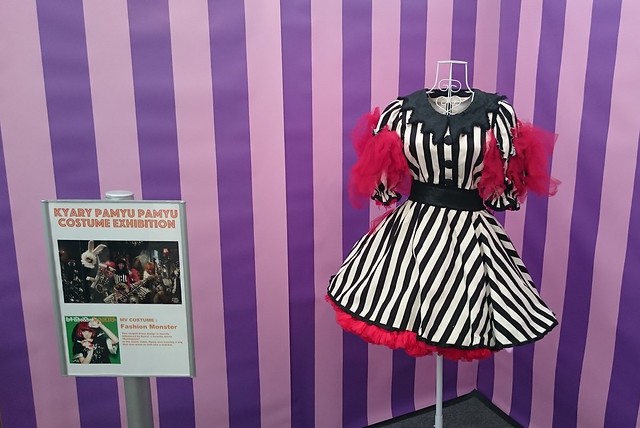 The concert was called ‘Crazy Party Night’ after Kyary’s latest single, and ‘crazy’ is certainly the right word. That woman is bonkers, but brilliant, as were her backing dancers and gorilla DJ. I didn’t take my camera to the gig as I thought it wouldn’t be allowed, but here are a few snaps from my phone (click on the images to view them in the gallery).

It was a little bit of a disappointment that there wasn’t a proper support act (it was just Kyary, and she was on and off within an hour and a half), but Kyary herself was fantastic and definitely worth going all the way to Camden for! In case you haven’t seen it yet, here’s her latest nutty single, all ready for Halloween…