Geisha (芸者) and maiko (舞妓), apprentice geisha, are one of the symbols of Japan, and especially of Kyoto. I’ve always been fascinated by them, and by the extreme discipline involved in training to become a geisha, and have wanted for a long time to have the opportunity to meet one of these artisans. Many people visit Kyoto in the hope of catching a glimpse of a maiko or geisha on the street, and this does often happen, but sitting alone in a room with one of these rare creatures is something else entirely.

Arriving in Kyoto, my taxi slowly crawled through the backstreets to the machiya (町屋) townhouse where I would be staying for the next three nights. We paused at a corner, waiting for traffic to pass, and as I glanced up my eyes met hers. A beautiful, young maiko was stood at the corner, waiting to cross the street. I gasped and froze, unable to reach for my camera. Part of me wanted to snap the moment and keep it forever, but another part of me wanted to leave the poor girl alone and just take the moment in, keeping it in my mind and nowhere else. She was quite something. Noticing my reaction, the taxi driver simply said “ah, maiko-san” and smiled. Perhaps it wasn’t such a rare and intriguing site to him, but to me it was something very special.

My machiya, Seijian (せいじ庵 ), was also something very special! Staying in a tiny backstreet of Kyoto in a house of my own was so much better than staying in a hotel. There are a number of old machiya which have now been converted into rented accommodation, and I highly recommend it even if you’re only staying in Kyoto for a few nights. My machiya had two floors, with both tatami rooms and a western style bedroom with beds and a wooden floor. It was also fully kitted-out with a kitchen, washing machine and a great bathroom.

Stepping out from my machiya, I rushed through the bustling streets of Gion to the Yoshimoto Gion Kagetsu Theatre where I was due to meet a member of staff from the Ochaya Tomikiku (お茶屋富菊), a teahouse in Gion that has been operating for about 80 years. The teahouse was started by Kikuichi Tomomori at the beginning of the Showa period (昭和時代) (1926 – 1989). All the maiko working here take the name ‘Tomi’, and I was about to meet two young maiko names Tomitae (wearing purple) and Tomitsuyu (wearing yellow).

Sitting alone in a room with these mysterious women is quite intimidating. Tomitae-san didn’t speak much English, so I did my best to speak to her in Japanese. She was very quiet and serious, but modelled for me and allowed me to take lots of photos. Tomitsuyu-san was the opposite in character. She proudly spoke English, speaking with a very cutesy young girl’s voice, and seemed to have quite a strong character compared to the demure Tomitae. Both were exquisite. 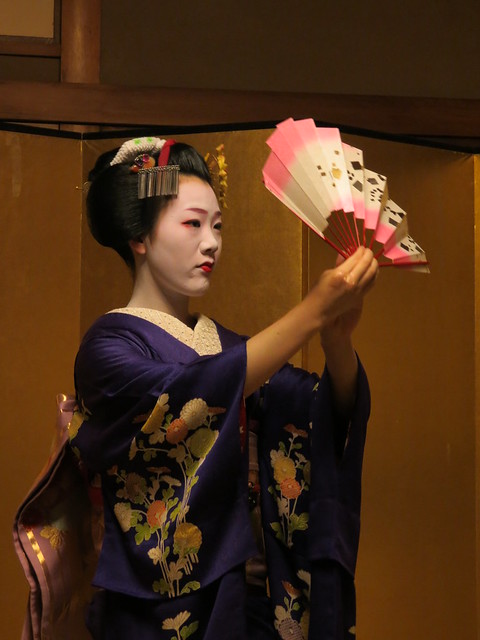 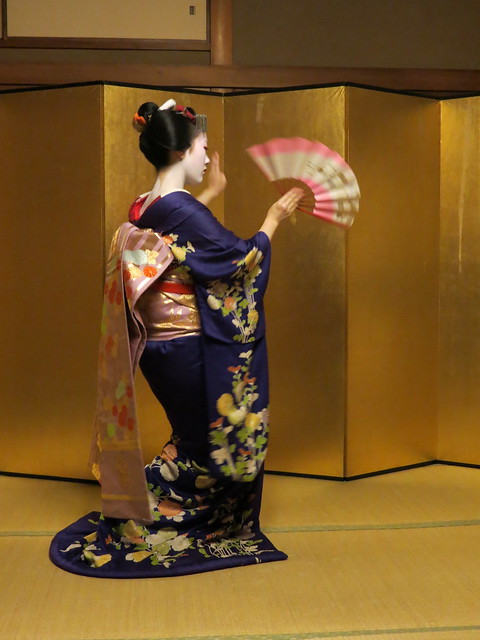 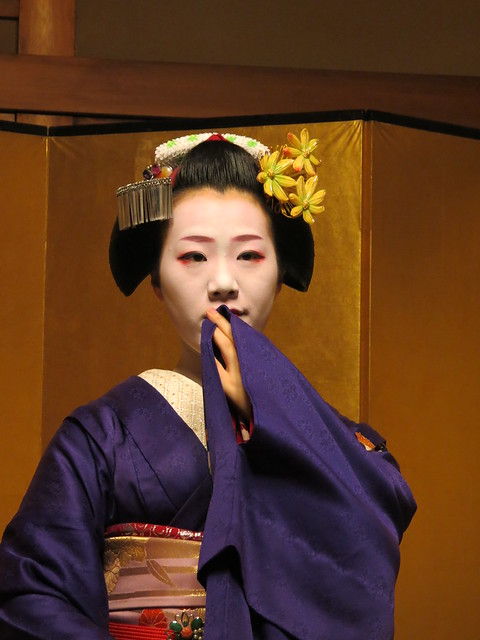 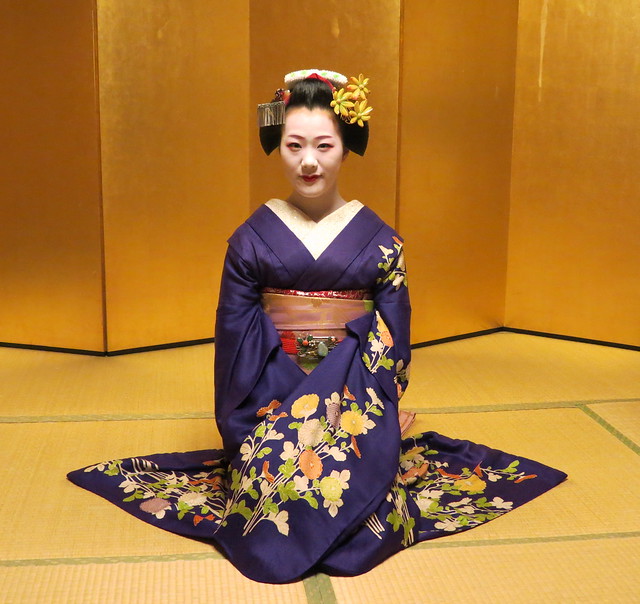 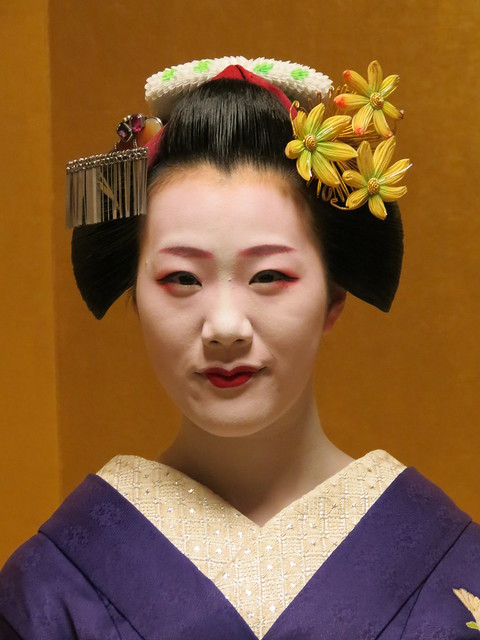 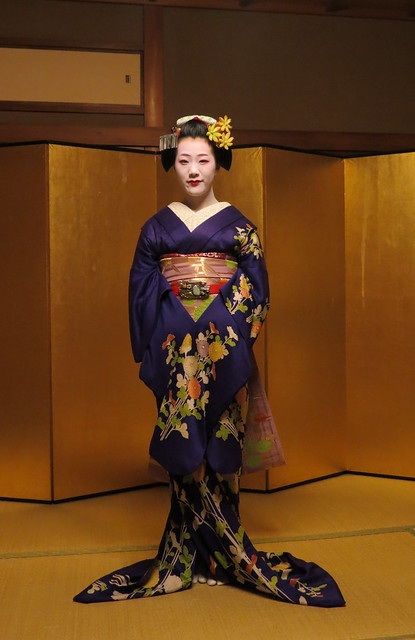 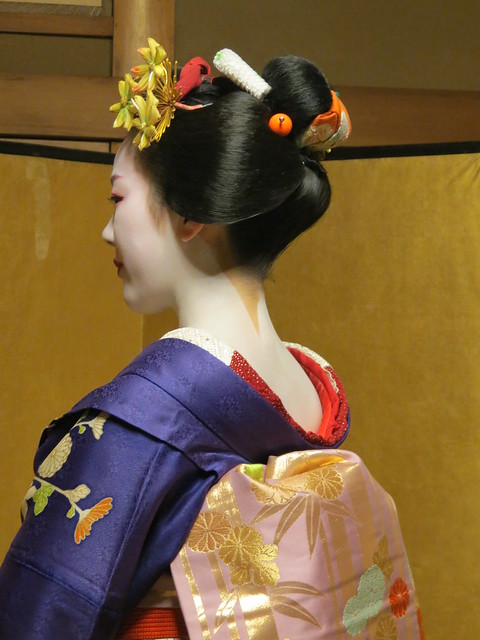 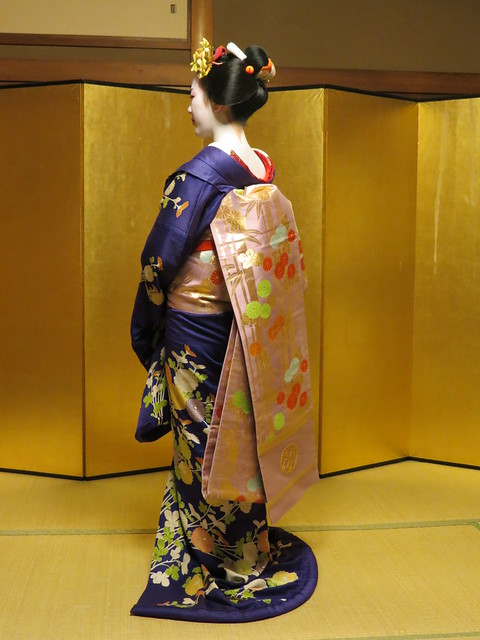 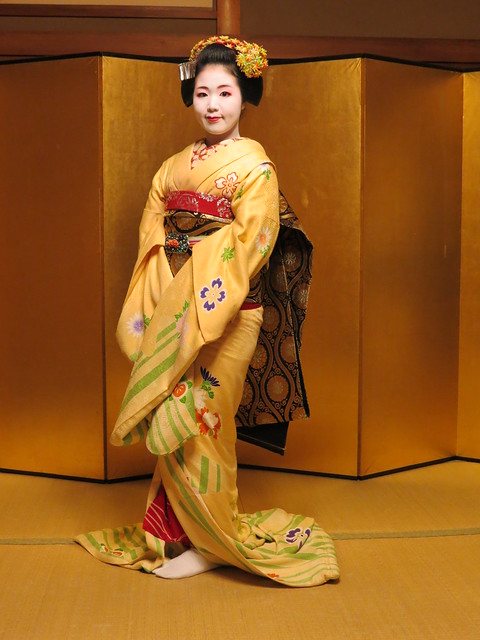 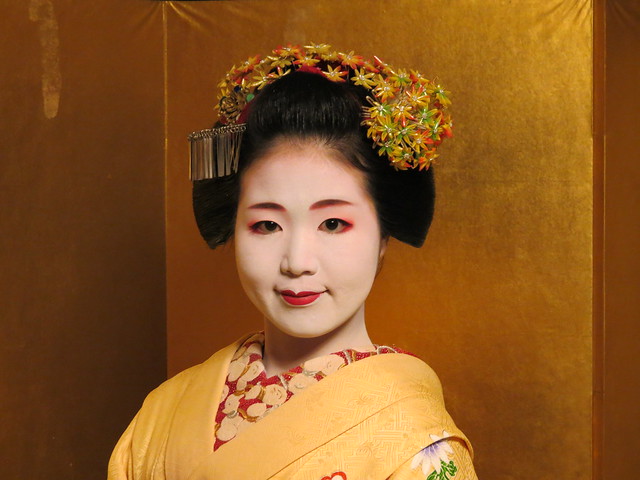 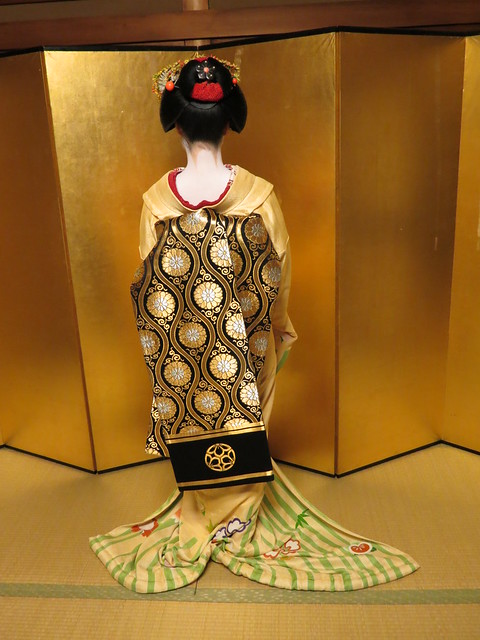 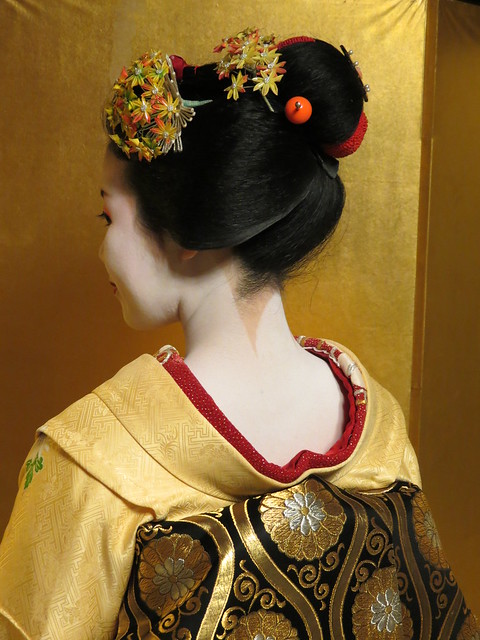 Meeting these maiko was such an incredible experience. I know it’s a cliché to say it, but they really were beautiful, and they really did look like porcelain dolls. They were everything one would expect from a maiko in Kyoto, and it’s quite an honour to have spent time with them, however brief. 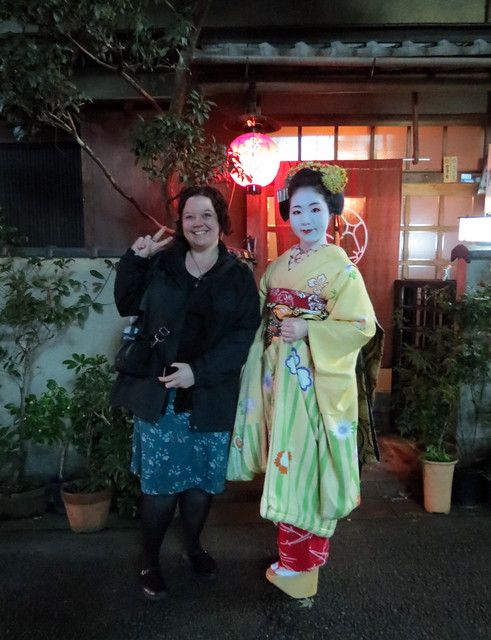