I knew it was going to take me ages to write up my 2015 Japan adventures! Hopefully you’re enjoying the almost weekly instalments… Today I bring you Sunday 29th November (12 weeks ago!) when I took a trip to Nijo Castle in Kyoto to see a rather interesting exhibition: Art Aquarium Castle (アートアクアリウム城). I came across the exhibition by accident at work, and I’m really glad now that I discovered it. 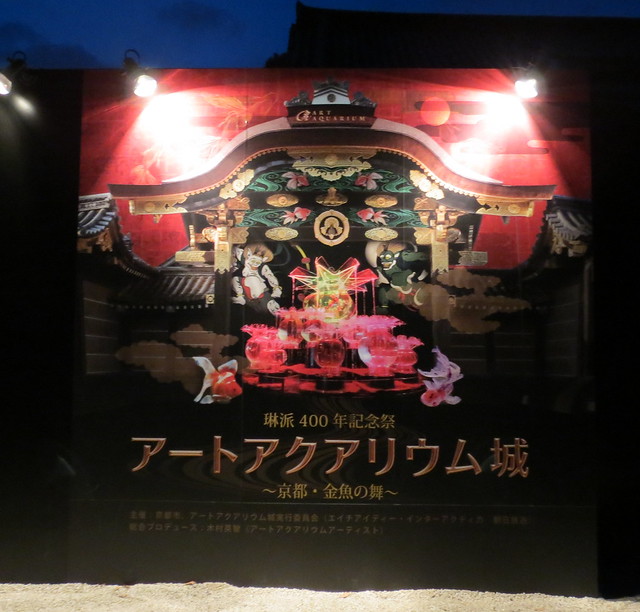 Since 2007 there have been a number of Art Aquarium events held in Japan on various different scales. You can read more about the history of the event here. Art Aquarium is the creation of artist Hidetomo Kimura. He chooses to work with Japanese goldfish, or ‘kingyo’ (金魚), which are a symbol of Japan and a creature very highly regarded in Japanese culture, often appearing on kimono fabric or in artwork. At the exhibition, as well as hundreds of colourfully lit up tanks full of different types of goldfish, there were also some kimonos on display. The whole event felt very ‘Kyoto’ in style, and very Japanese. People (mostly Japanese) crowded round the tanks to capture the goldfish on their smartphones, and then sat around drinking beer and sake even though the autumn night was quite chilly. 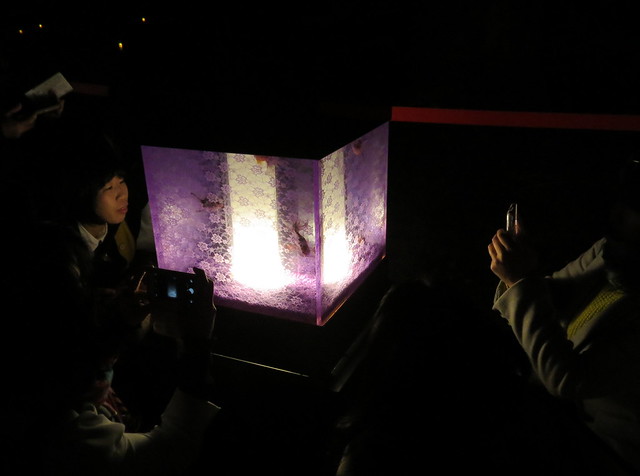 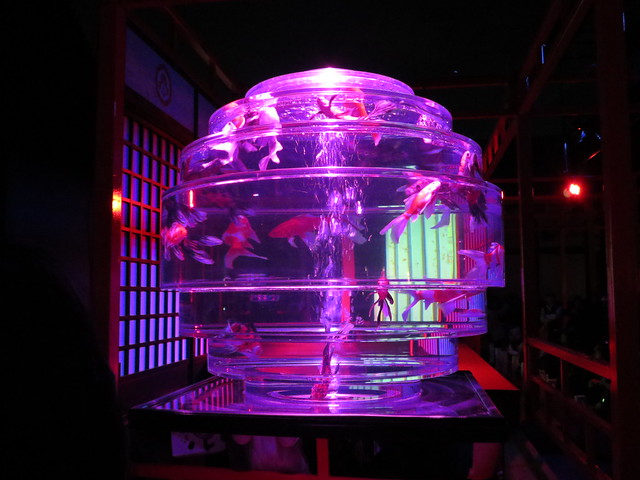 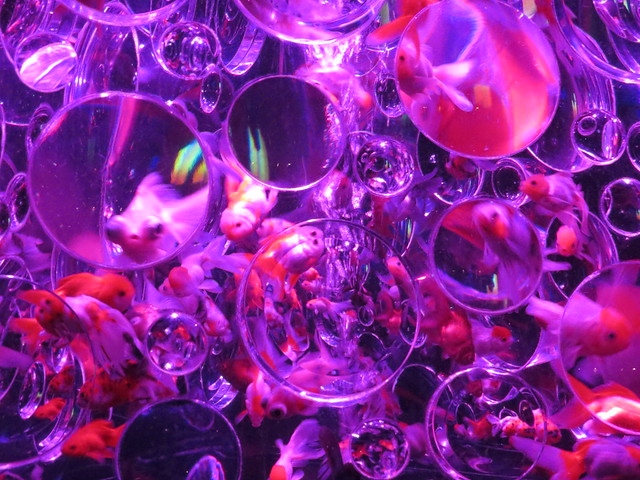 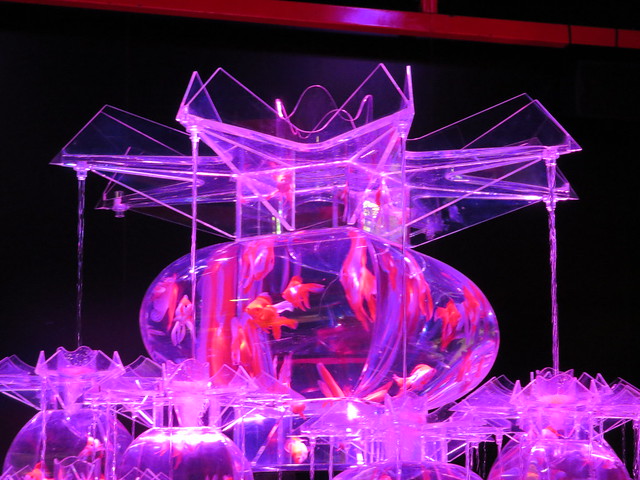 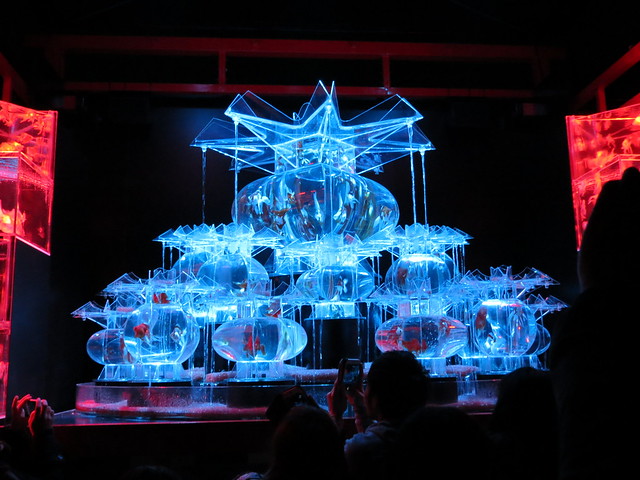 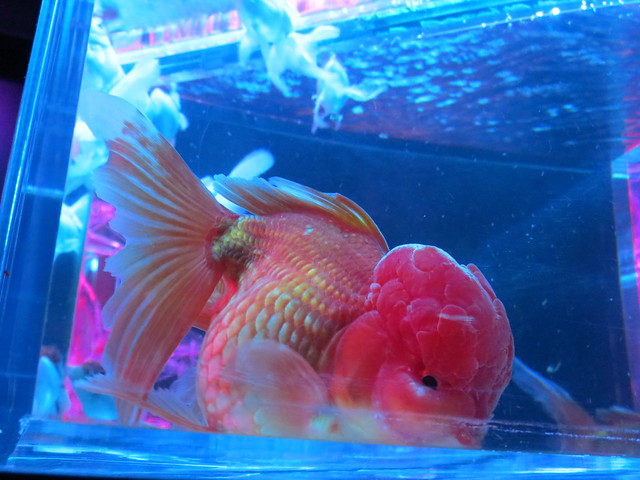 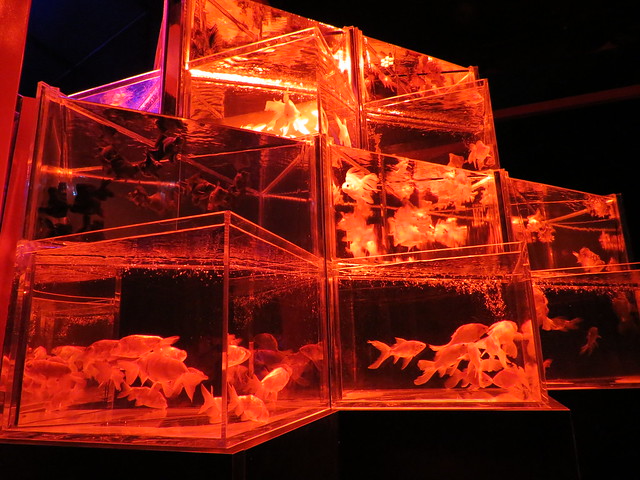 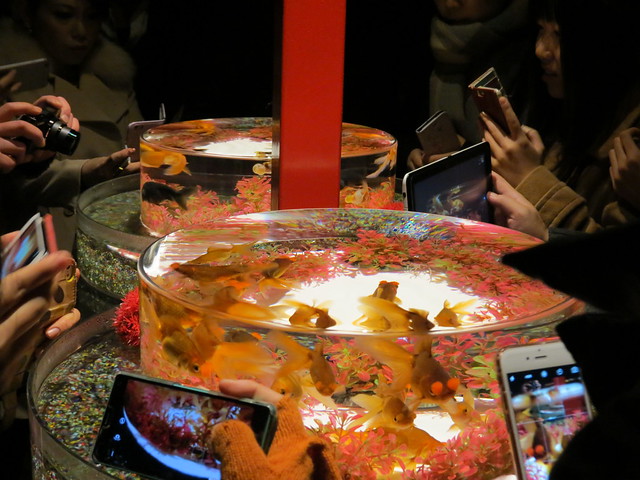 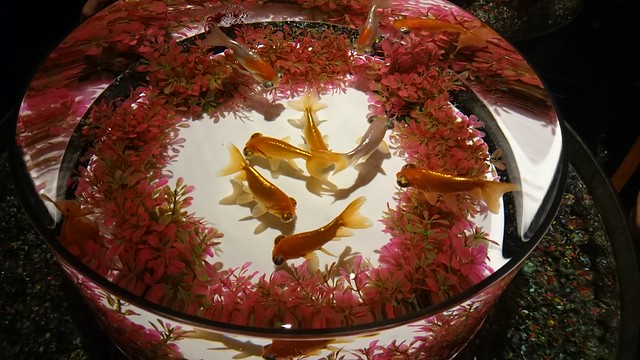 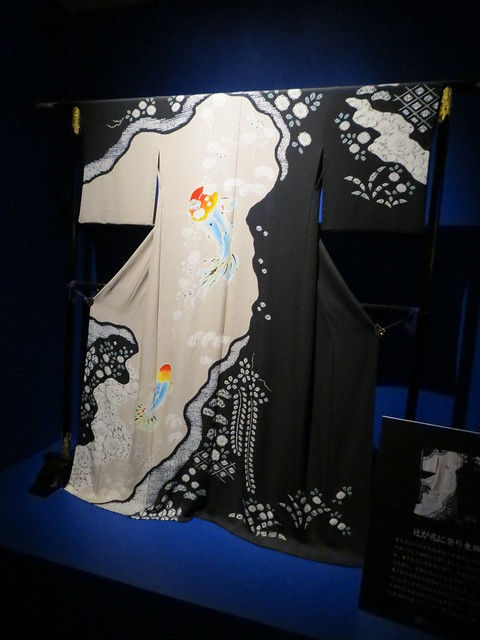 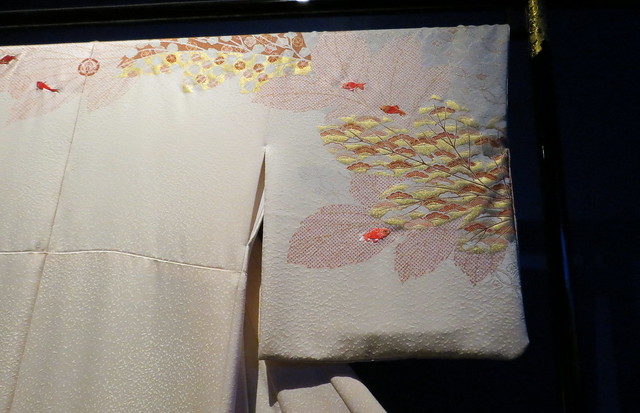 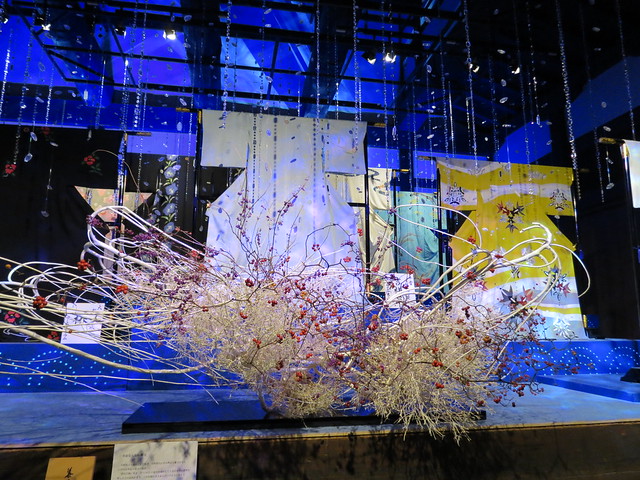 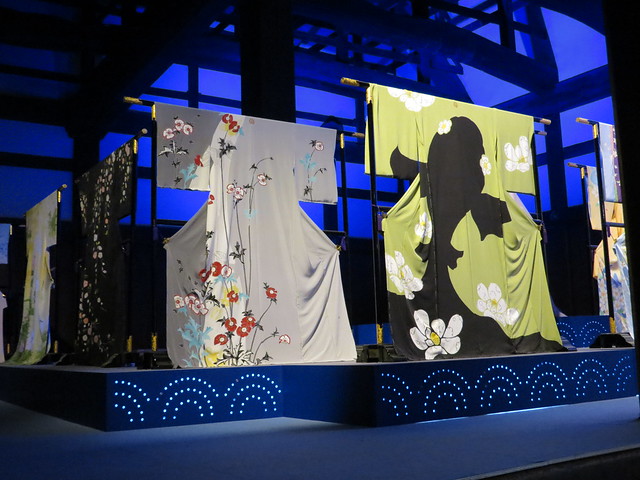 The exhibition was held at Nijo Castle (二条城) at night, after the castle is usually closed to the public. 2015 was the 400 year celebration of the Rimpa School of Japanese Painting, and this exhibition was also celebrating that. In some parts of the exhibition you could see Rimpa works being projected behind the goldfish, creating quite a spooky effect of demons chasing the poor creatures. 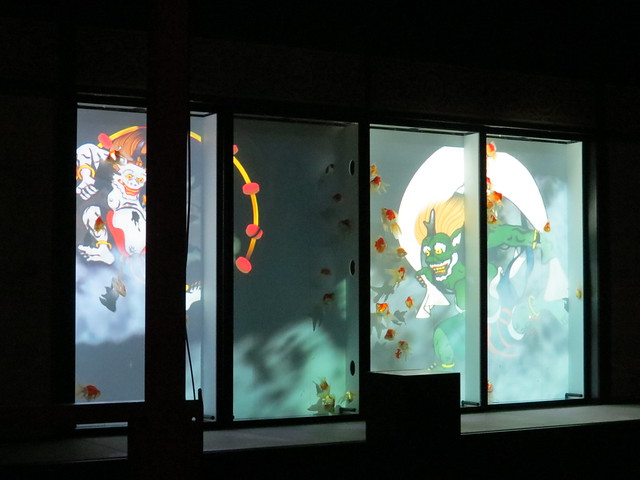 As is often the case with events in Japan, I didn’t quite know what was going on, but I enjoyed it nonetheless. After taking in the sights of the fish bobbing about in their colourful tanks, I stuck around to see the ‘Dance of the Kingyo’. I have to confess I understood this modern dance even less than the goldfish, but it was still interesting to look at. 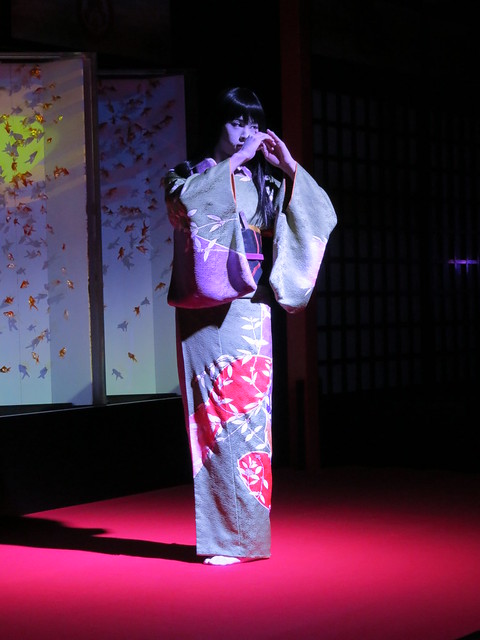 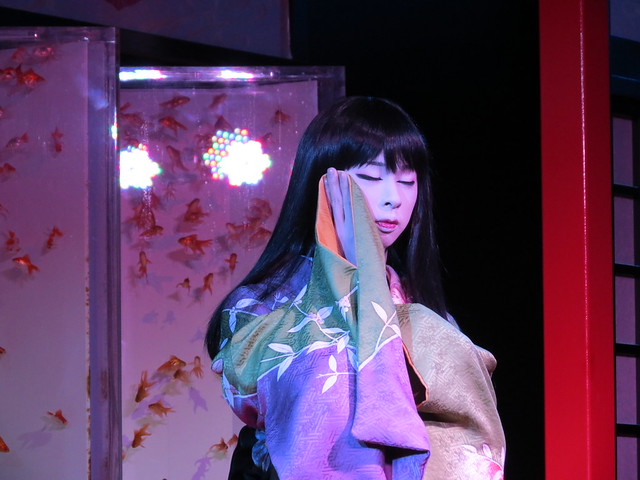 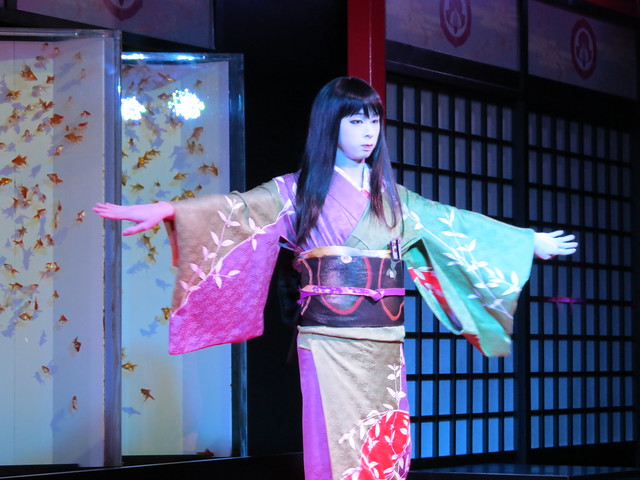 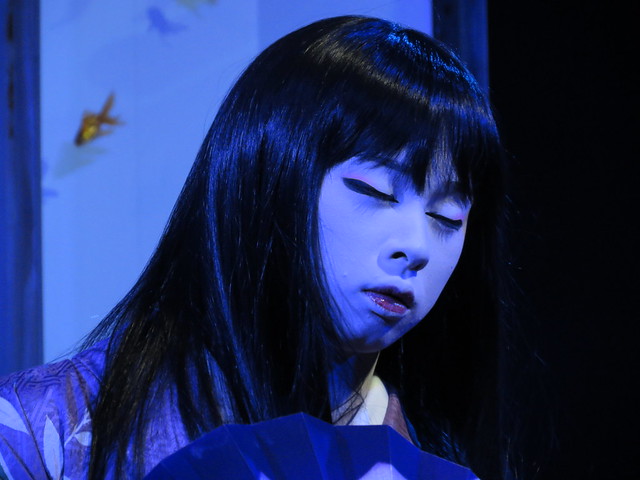 Although this exhibition finished in December, if you’re in Japan and want to see something like this check out the Art Aquarium website for information about the latest shows. The next exhibition will be in Fukuoka from 18th March – 22nd May, 2o16.