19 days into my 34 day trip and it was time to head to Kobe (神戸), the sixth largest city in Japan. I’ve been to Kobe only once before, in 2009, and I remember thinking it was a city I should come back to explore in more detail someday. Unfortunately Sunday 6th December was not going to be that day, as by the time I had arrived, checked in to my hotel and got my bearings, I had only a couple of hours left before meeting my friend Shiori who lives in Kobe.

Our plan for the evening was to head to the Kobe Luminarie (神戸ルミナリエ), an annual light festival held every December since 1995 to commemorate the Great Hanshin earthquake of that year. Over 200,000 hand painted lights are lit each year with electricity generated from biomass to stay environmentally friendly. The lights are kept up for about two weeks and turned on for a few hours every evening. (Wiki)

The queueing process to reach the event area was very well organised. Hundreds of people, including Shiori and I, shuffled along in a maze of police fencing, going up and down what seemed like the same streets, until finally we saw the lights in the distance. 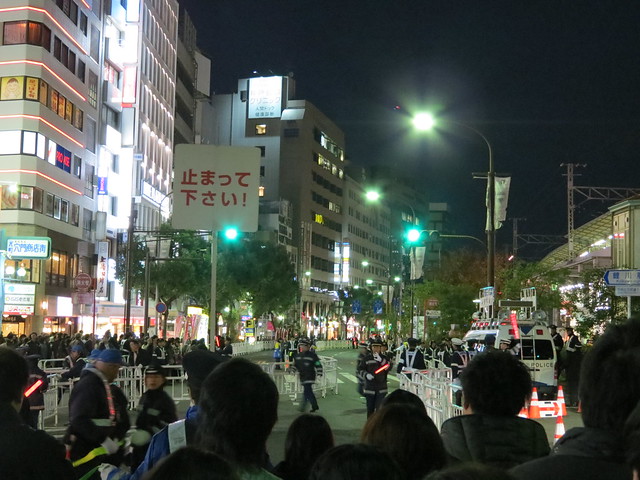 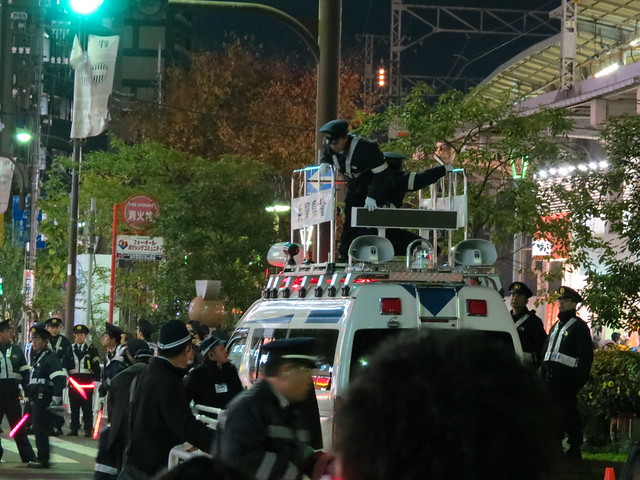 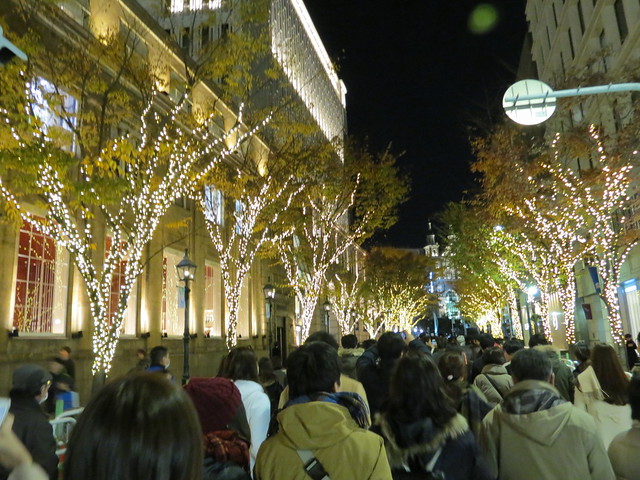 But it was worth it – the display was spectacular! We walked (or rather, shuffled) through a tunnel of lights, and at the end the crowd dispersed and there was a palace-like structure made of lights with a fountain in the middle. Classical music played, and people ate snacks nearby – it was sort of like a festival, but much calmer. 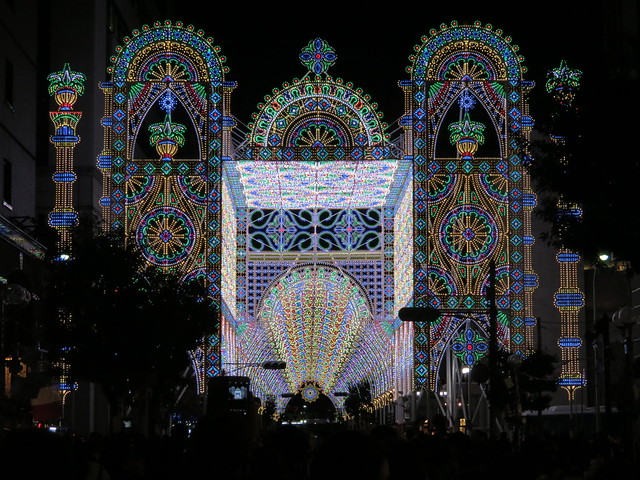 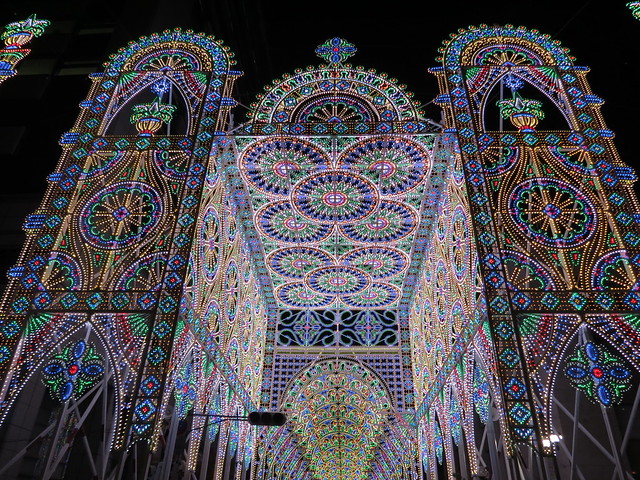 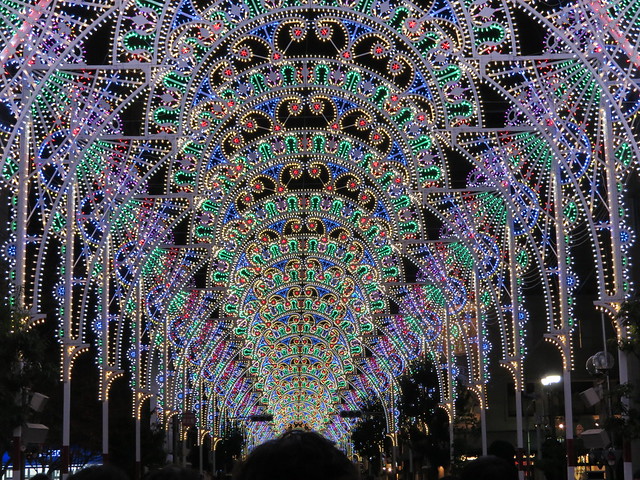 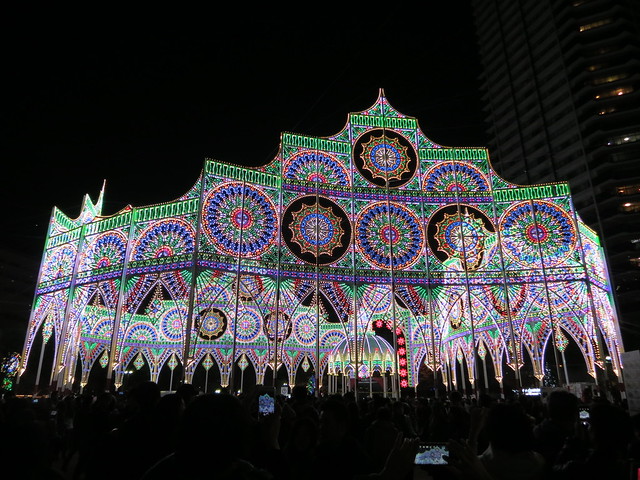 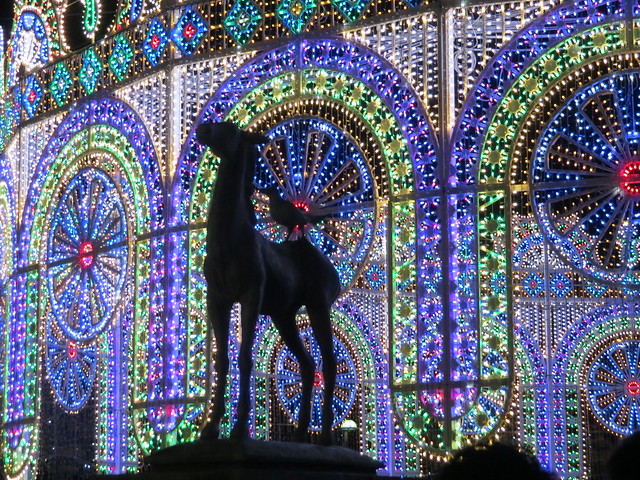 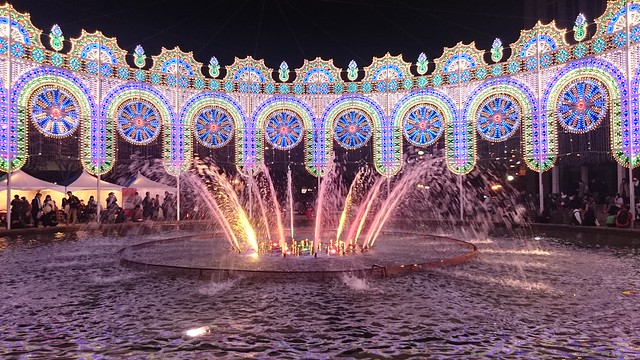 The Kobe Luminarie wasn’t originally on my itinerary, but I’m really glad I had the chance to see it!