Moving on from Matsuyama and back to the mainland, on Sunday 13th December I took the ferry to Hiroshima (広島), one of my favourite cities in Japan. I don’t know what it is about Hiroshima, and I’ve only been there a few times before, but I absolutely love it. It’s a well-designed city, and I like the wide streets and trams. 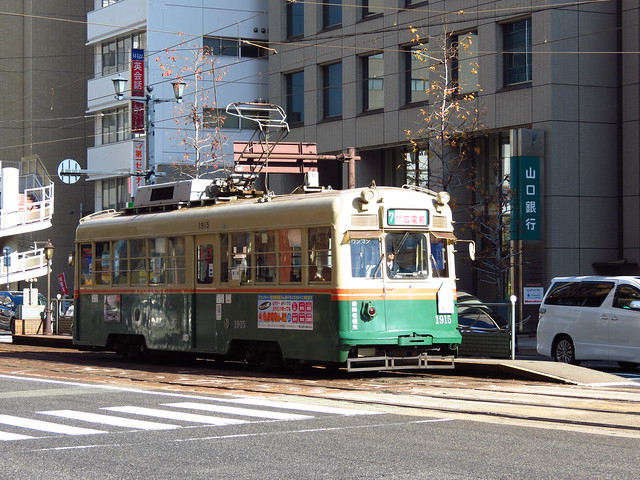 My hotel was right in the middle of town, and as soon as I arrived I knew exactly where I was. Just across from my hotel was a big Starbucks where I remembered sitting for two hours back in 2008 as I taught myself to fold an origami crane. I felt relaxed and at home. The focus of my time in Hiroshima was work, but I still had a bit of time to see the sights, and of course I started with the A-Bomb Dome (原爆ドーム). 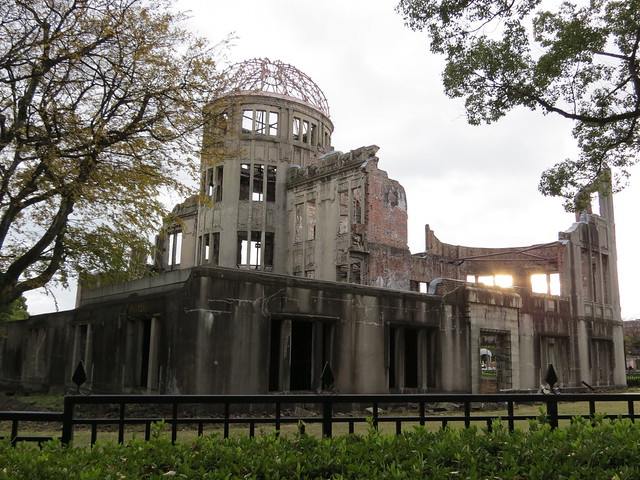 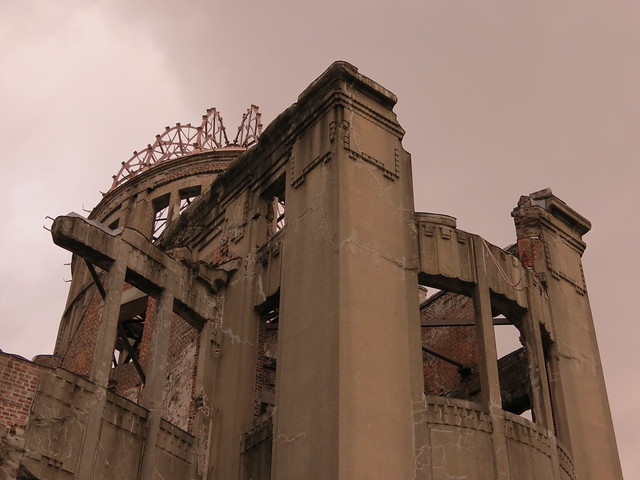 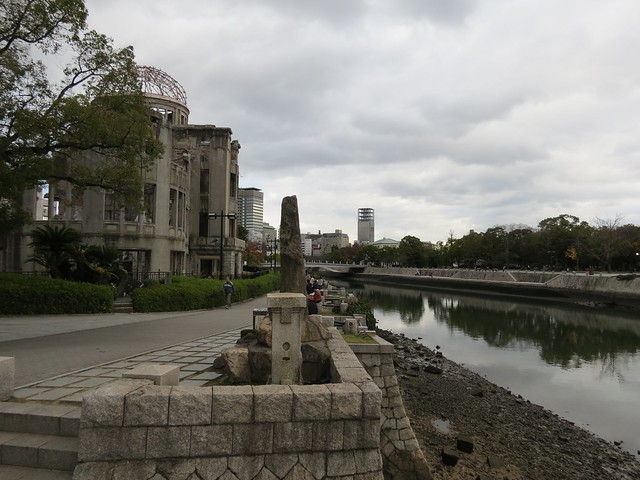 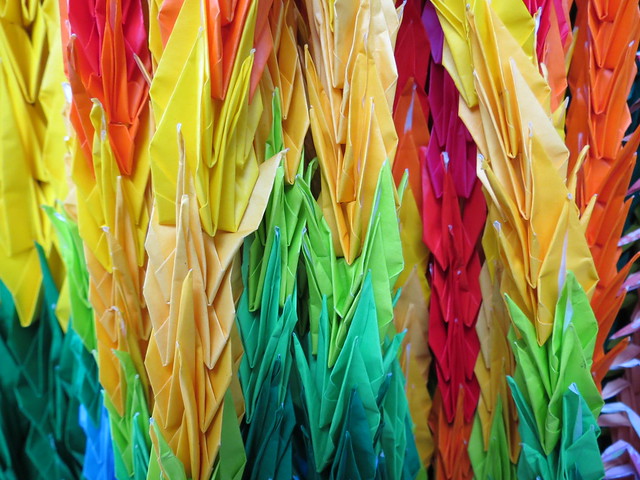 Hiroshima Castle (広島城) has never been one of my favourite castle, but I had heard about something special that happened there on the weekends so I decided to pay it a visit. 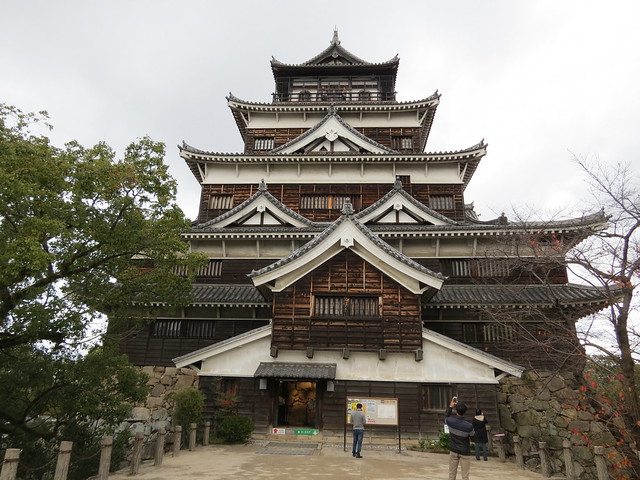 Every weekend a group called the Aki Hiroshima Busho-Tai perform at the Outer Citadel (Ninomaru) of Hiroshima Castle. Billed as “Samurai of the Mouri Clan, including Mouri Motonari who was active in the Chugoku Region during the Sengoku Period” who have “crossed over 450 years of time” to perform at the castle. YOu can even have your photo taken with them. 😉 A handful of fan-girls lined the stage area and I joined them, and I have to say I quite enjoyed myself. It’s just a bit fun, but they were quite entertaining. 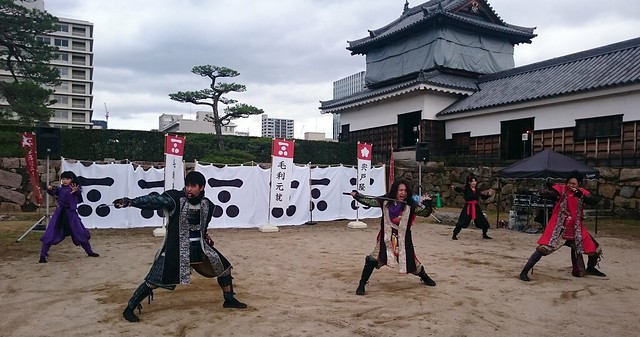 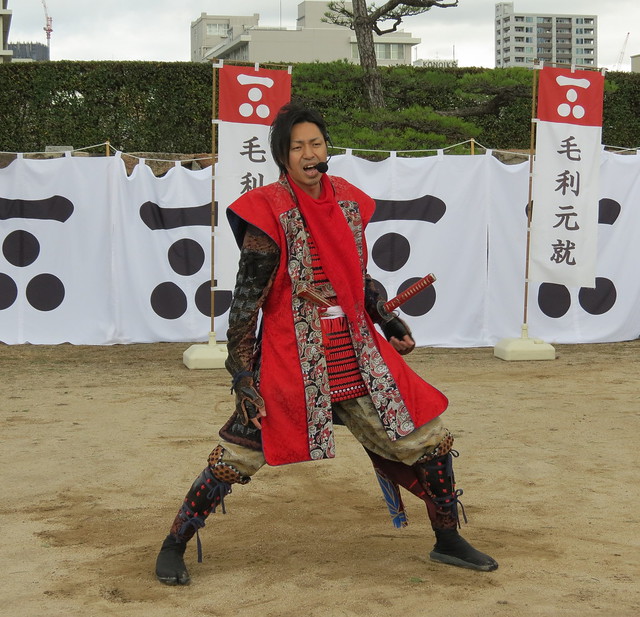 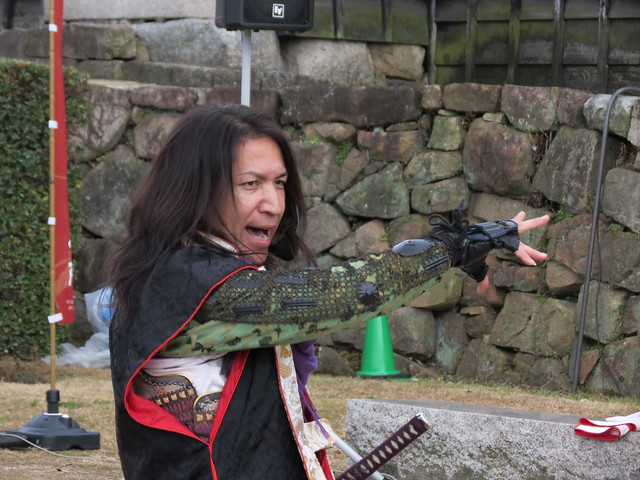 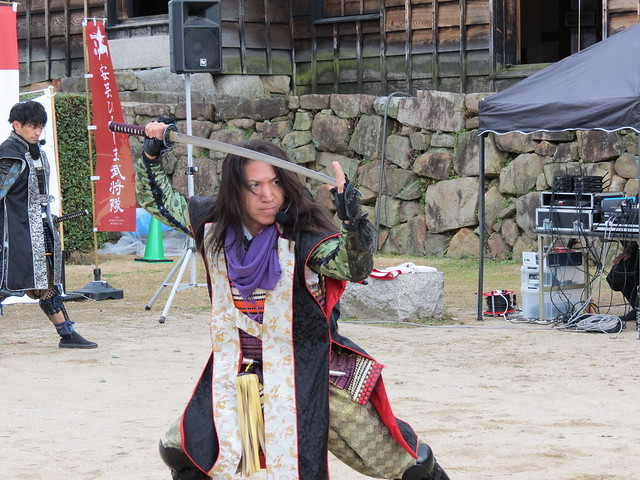 You could take someone’s eye out with that! 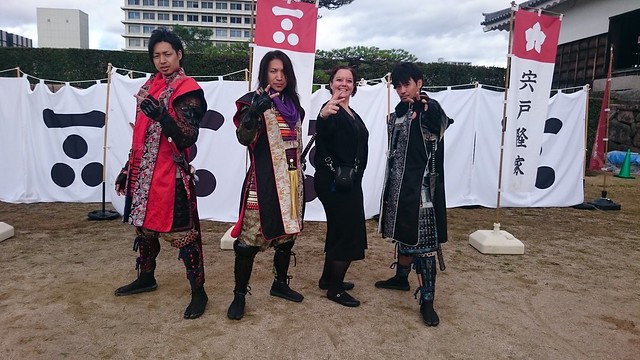 In the evening I wandered along Heiwa Odori, the main street which runs through Hiroshima’s downtown, and admired the winter illuminations which seemed to be really drawing in the crowds. The illumination event was called Hiroshima Dreamination (ひろしまドリ三ネーション) and it seems to be an annual event – this year’s dates have already been announced (17th November 2016 – 3rd January 2017). 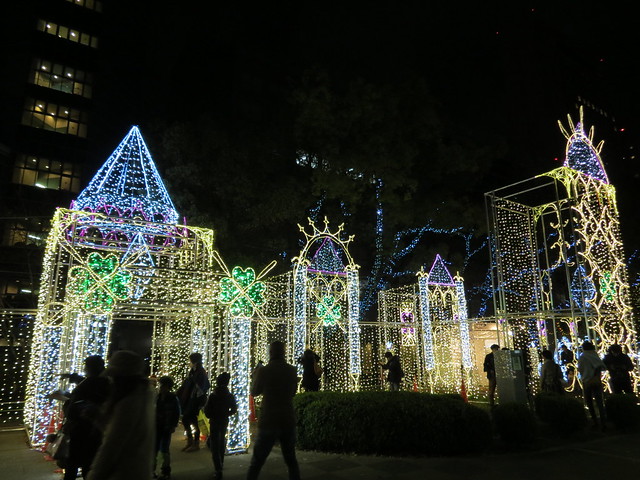 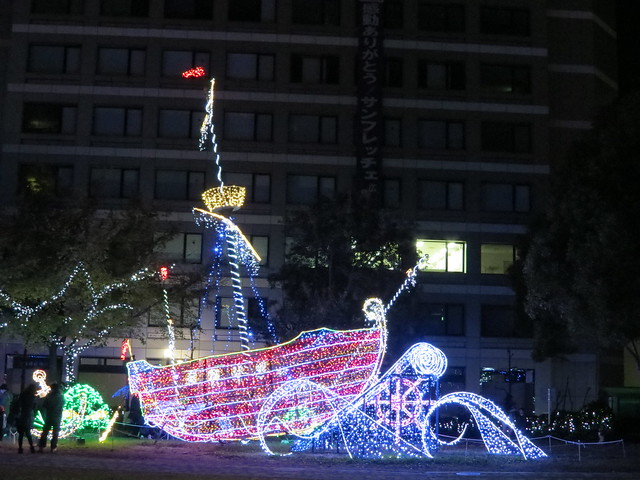 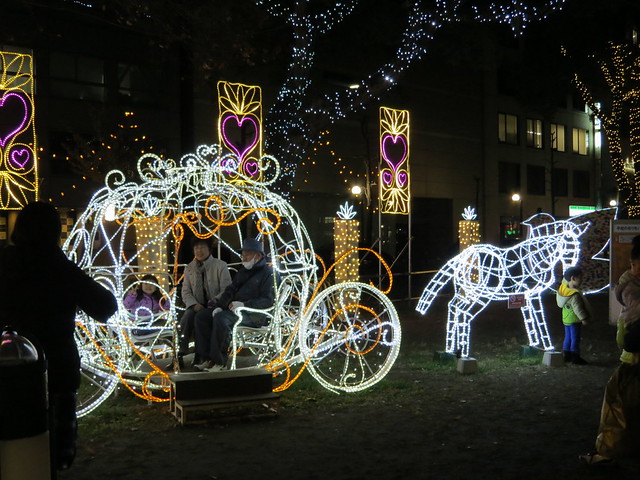 Fun for all ages 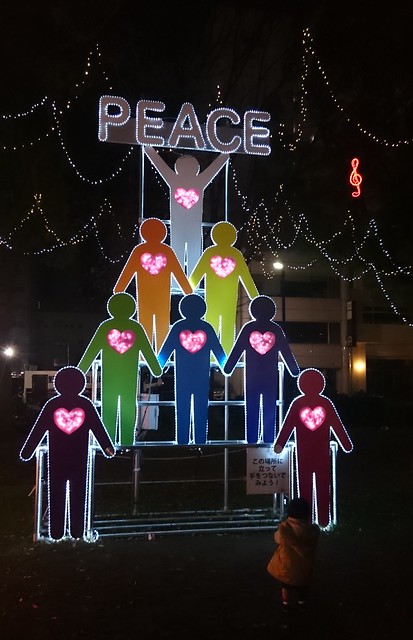 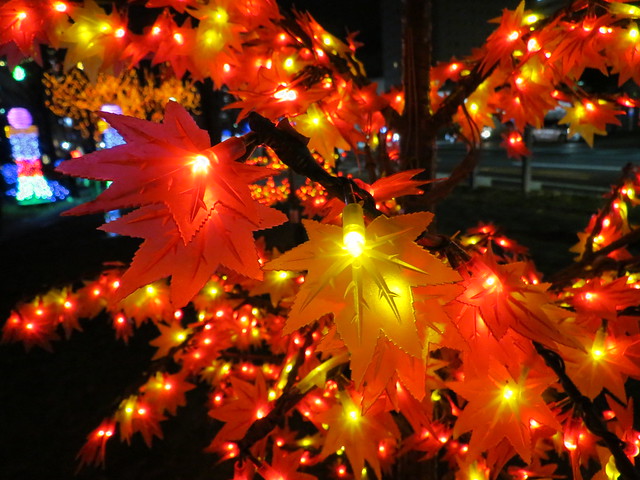 I want some of these lights!

Finally, what evening in Hiroshima could be complete without okonomiyaki, and where else to get it but Okonomimura (お好み村)? 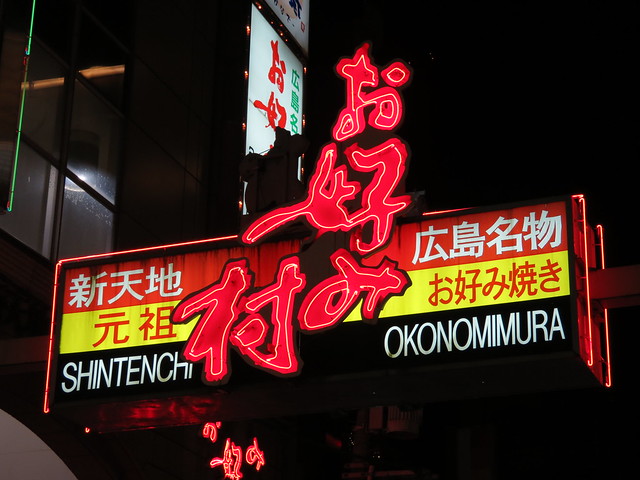 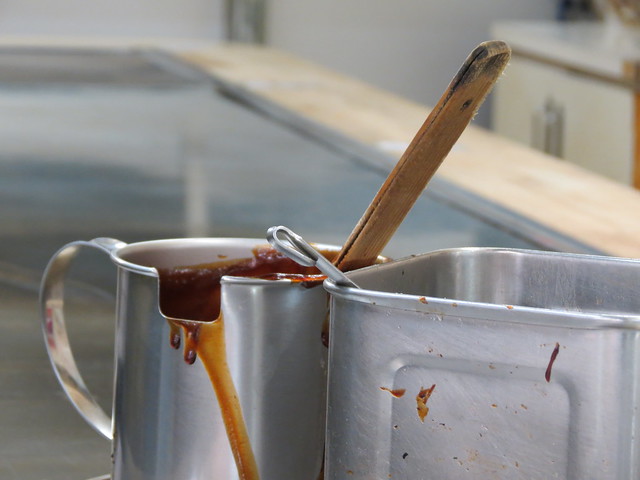 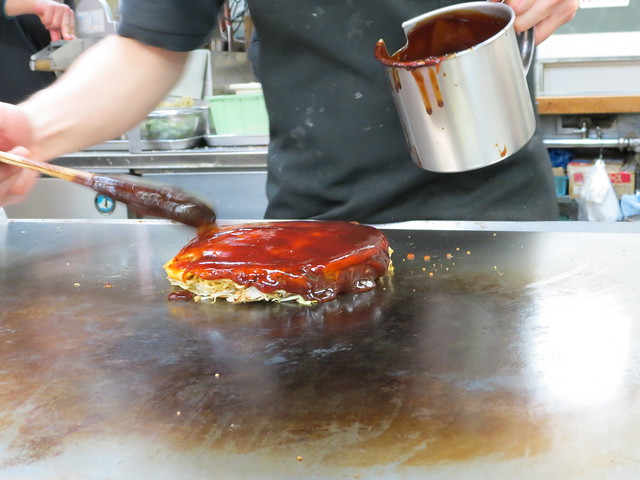 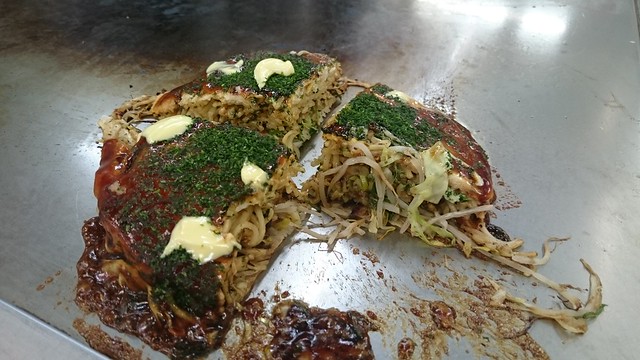 Hiroshima – still one of my favourite cities in Japan! 😀