I had only been to Miyajima (宮島) once before, on 27th March 2006. Miyajima, the popular name of the island Itsukushima (厳島), is a small island in the Inland Sea, just off the coast of Hiroshima. I remember liking Miyajima, but I also remember dashing about like a mad thing because I had travelled from Mount Koya that morning and was staying in Hiroshima (not a route I would recommend now!). One thing I always clearly remembered was this sign, and I was amused to see it again nine years later. 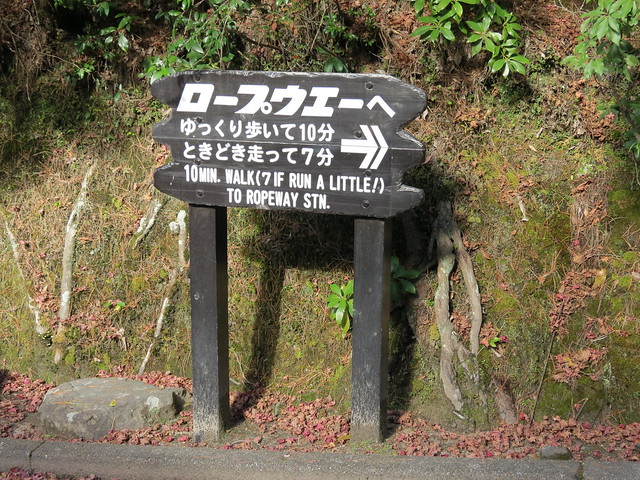 This time I knew I didn’t have time to do everything because I was working, so I didn’t even try to go up Mount Misen. I would have liked to, but I had other things to do. I did manage to have a good look around Itsukushima Shrine (厳島神社) though. I was really lucky with the weather – it was just a gorgeous day to be alive! 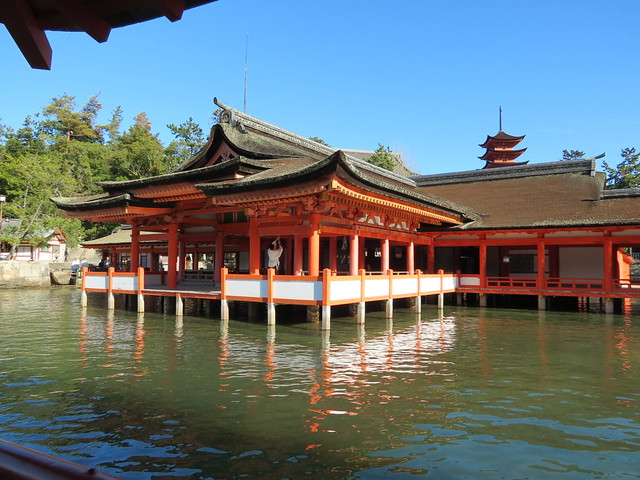 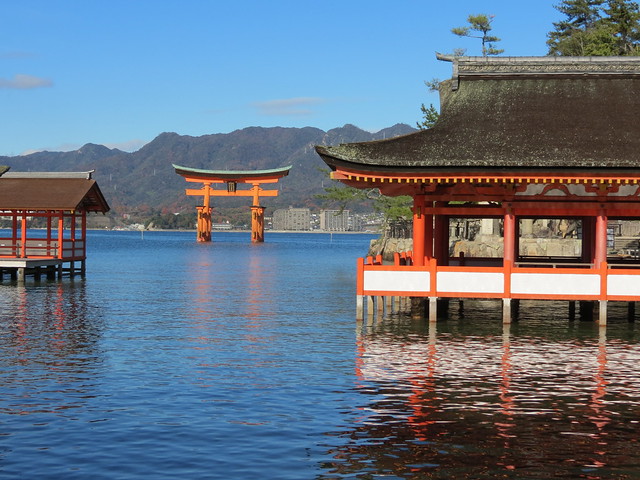 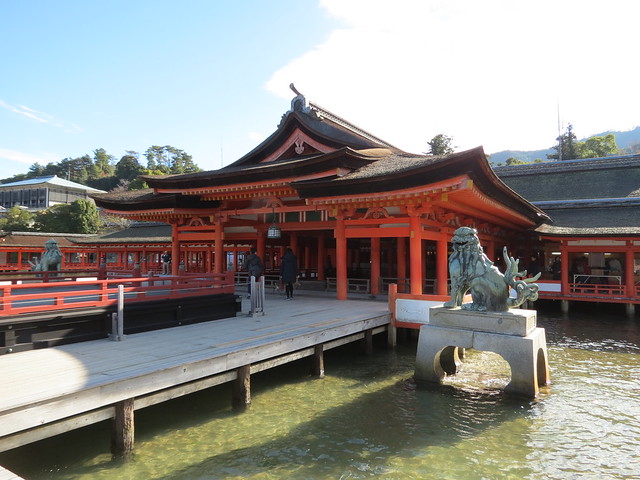 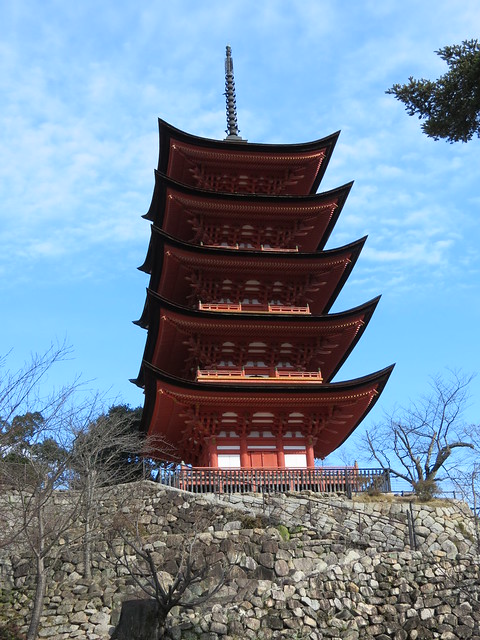 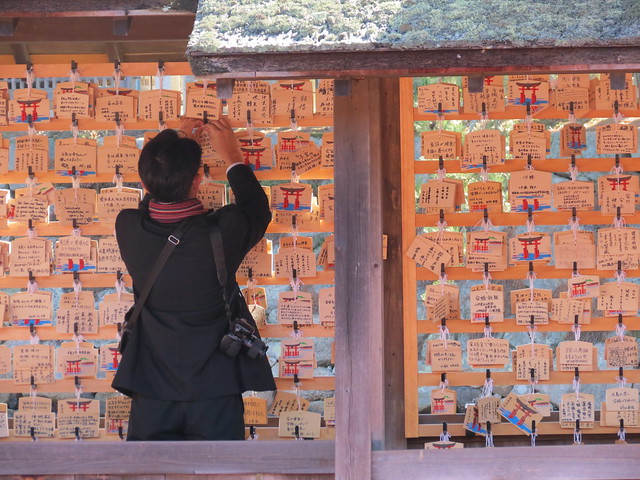 Hanging an ema prayer board 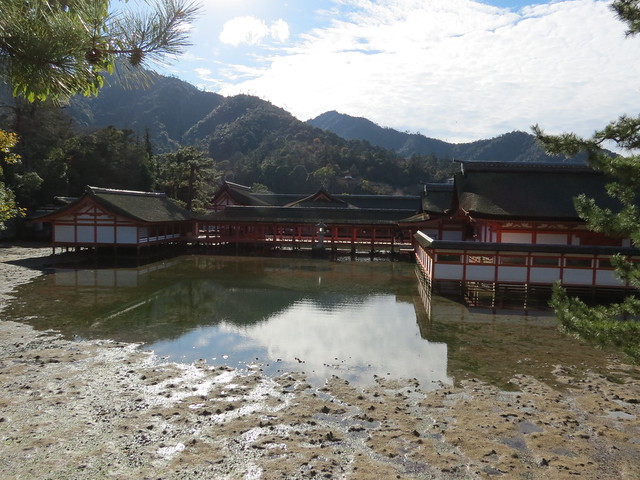 The ‘floating’ red torii gate of Itsukushima Shrine is something of an icon of Japan, appearing in brochures, magazines and books across the world. Like Mount Fuji, it’s somethign everyone wants to see and it really doesn’t disappoint. The shrine itself is unique, having been built over water, and it’s this water which creates the floating illusion when the tide comes in and out. 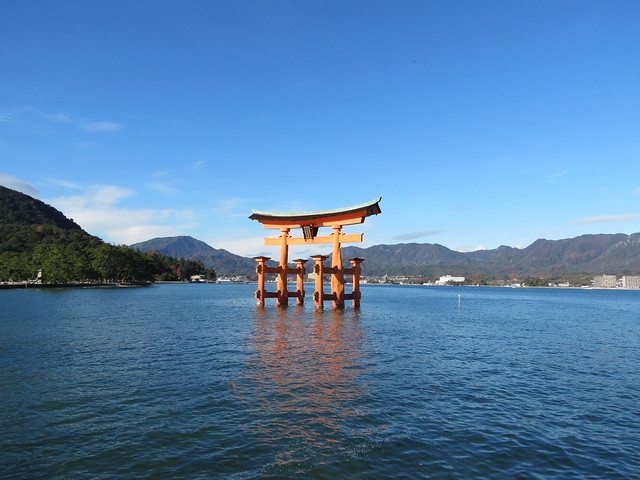 There’s no escaping the wild deer on the island – they get everywhere! 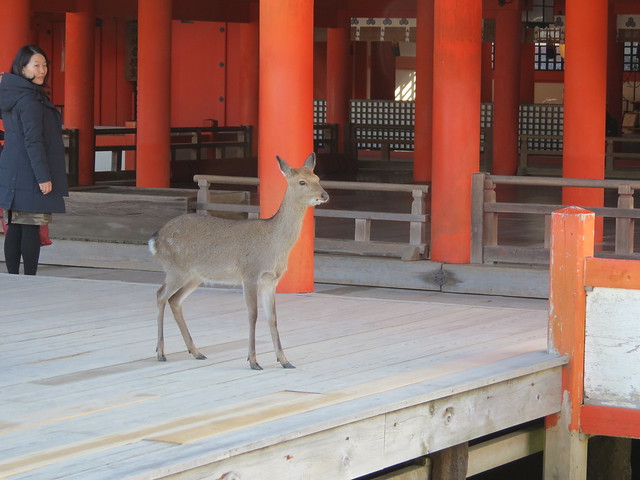 Deer in the shrine! 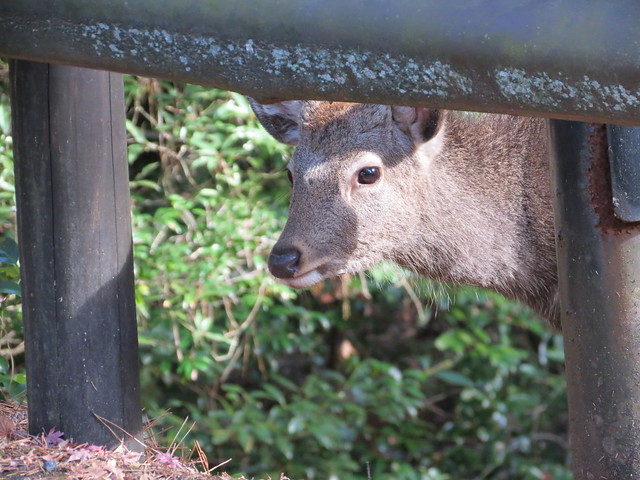 Miyajima has some good food, and one of the most popular souvenir sweets are Momiji Manju – a small cake filled with red bean paste or other fillings. They are so yummy! I spotted a machine making them whilst I was wandering around: 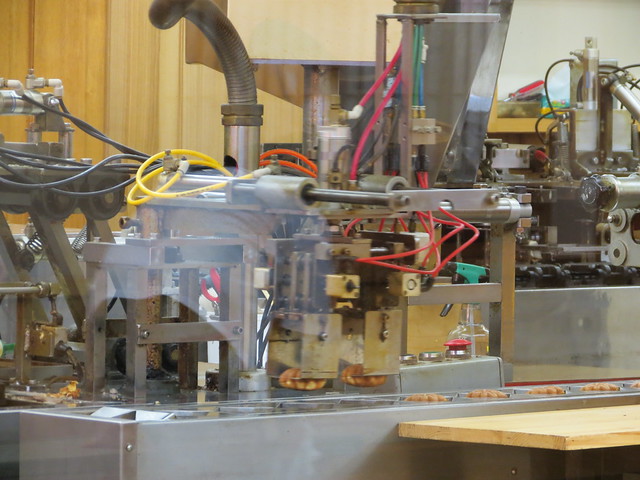 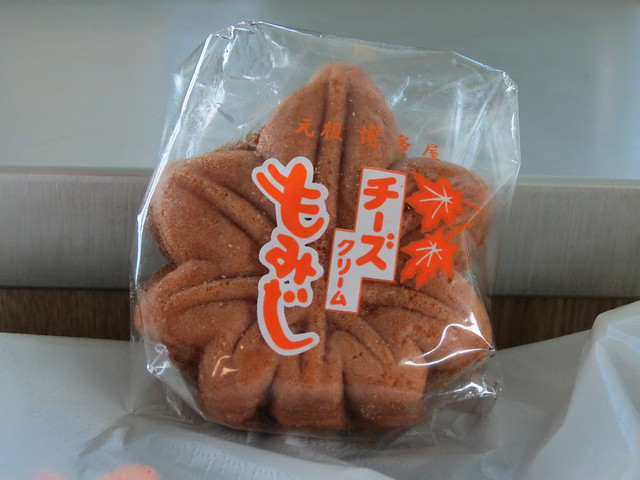 The other food the island is particularly famous for is oysters. I had some delicious deep-fried oysters on a stick as a snack whilst I was killing time between work appointments, and also had some really delicious oysters for dinner. 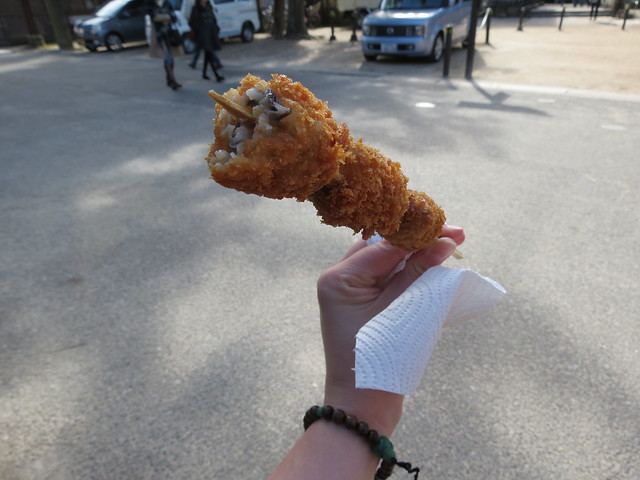 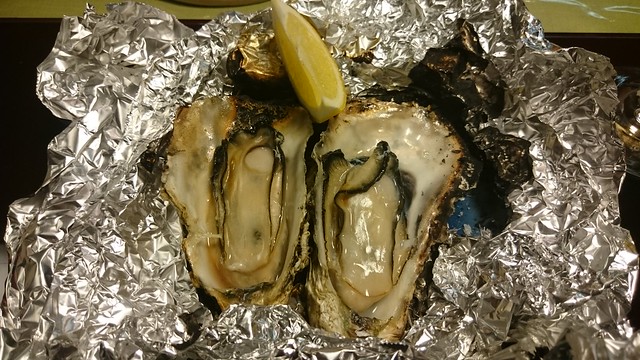 The shopping arcades which run through the middle of Miyajima are great to poke around. The shops sell a lot of souvenirs, some of the stuff quick tacky, but there are some good bits in there too. And lots of food, of course! 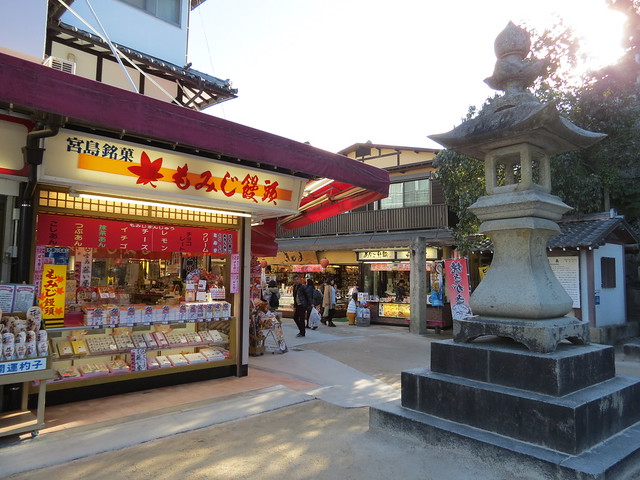 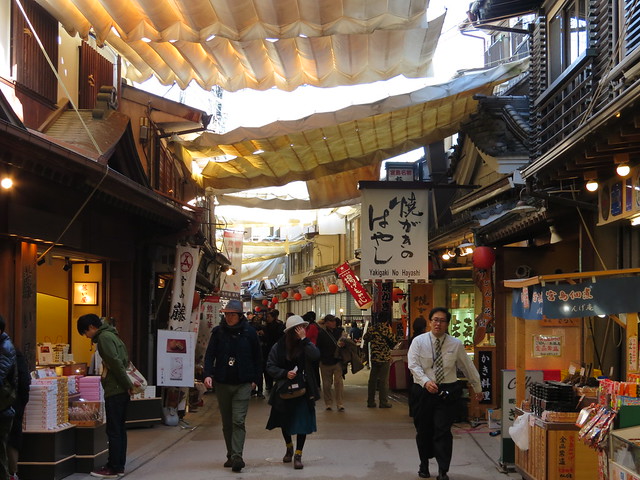 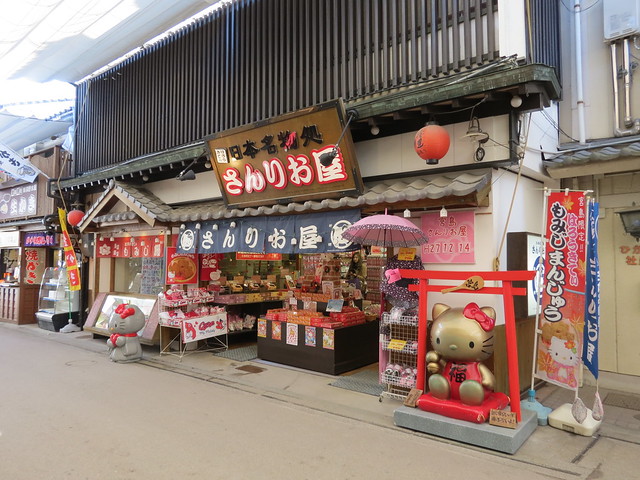 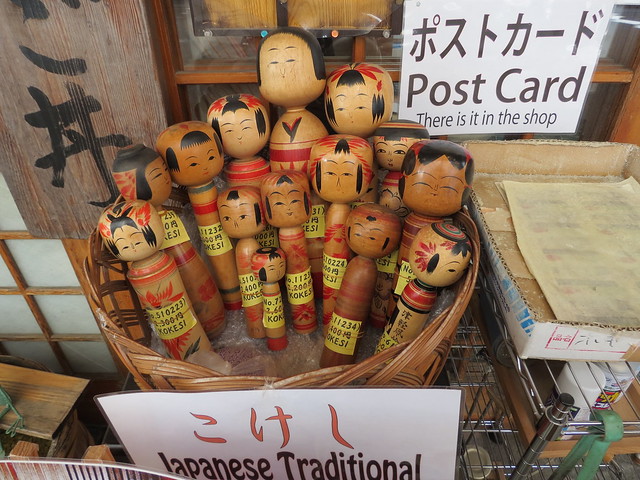 Kokeshi shop (yes, of course I bought one!) 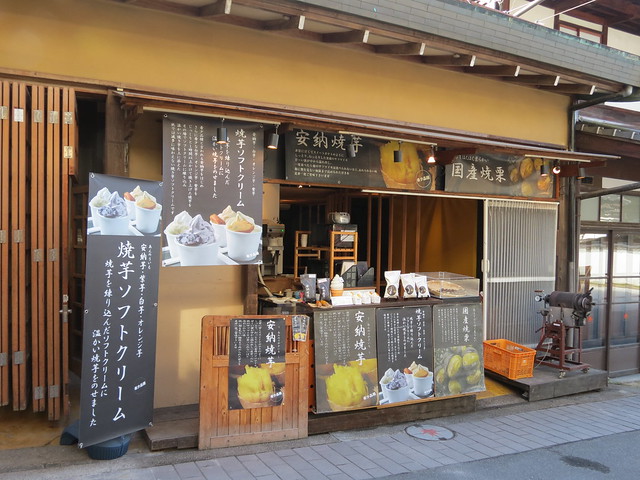 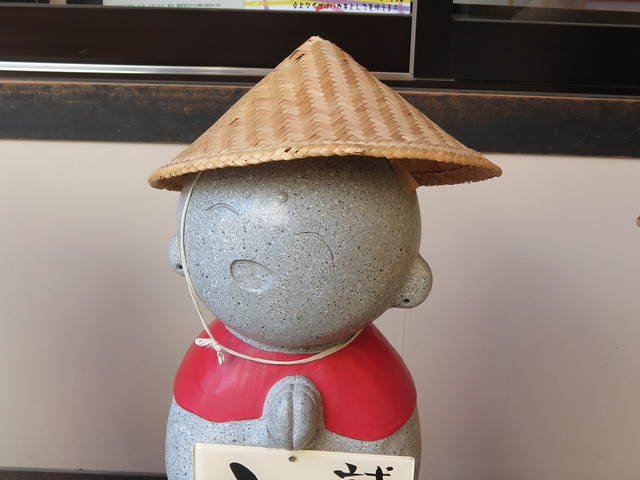 Say a little prayer for me!

At the end of the day, when most of the tourists have gone home, I recommend returning to the floating torii to see it illuminated. It’s quite stunning! 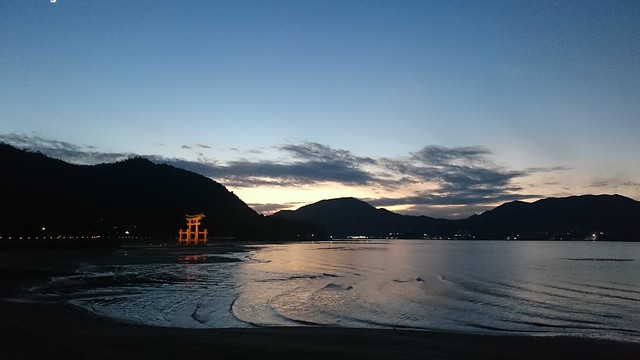 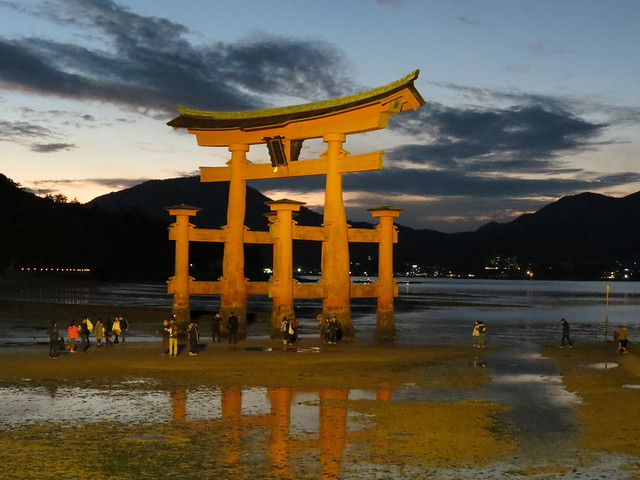 The tide is out, and it’s still stunning.

I would have liked to have spent more time on Miyajima and to have had the time to go up Mount Misen and maybe done a little hiking, but I will just have to hold that thought for next time…