On Wednesday 16th December I took the train to my next stop – Okayama (岡山). Funnily enough, Okayama is somewhere I had always been curious about, as I almost ended up living there. When I decided to leave Nagoya after two years and move to a new location in Japan I wanted to move to Hiroshima, but there weren’t any jobs available through my company. They offered me the chance to apply to Okayama, but I had never heard of it and in the end decided on Hamamatsu. I don’t regret that decision at all, but I do wish I had at least visited Okayama sooner!

Okayama is most famous for its garden, Korakuen (後楽園), which is one of Japan’s top three gardens (along with Kenrokuen in Kanazawa and Kairakuen in Mito), but is also known for its castle and as being the setting for the fairytale Momotaro (Peach Boy). There are statues and images relating to Momotaro all over Okayama: 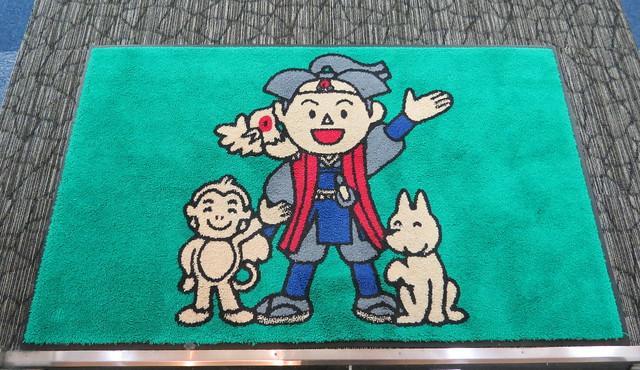 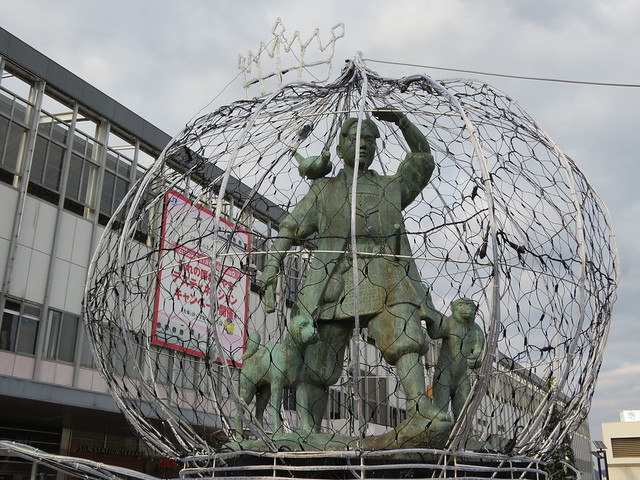 Momotaro statue, encased in a peach for the winter illuminations

In case you’re not familiar with the story of Momotaro, check out this cute PDF.

I had work to do in Okayama, but after my appointments had finished I decided to head to the castle. Even though Okayama Castle, known as ‘crow castle’ due to its black exterior, is a reconstruction (built in 1966) it’s still pretty nice from the outside. The interior is basically a small museum, but I thought it was better than some of the other reconstructed castles I’ve seen. 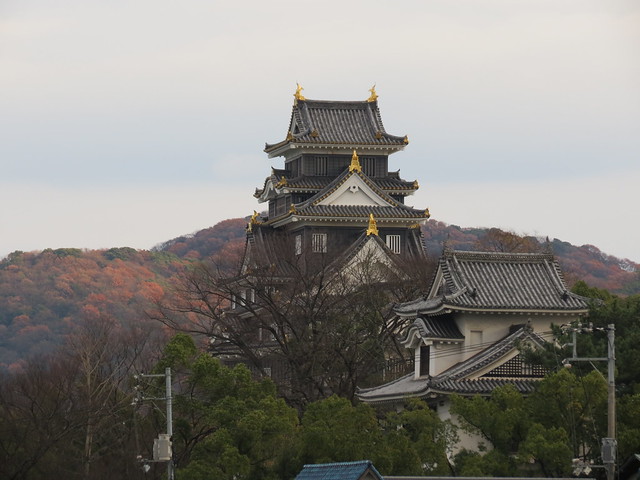 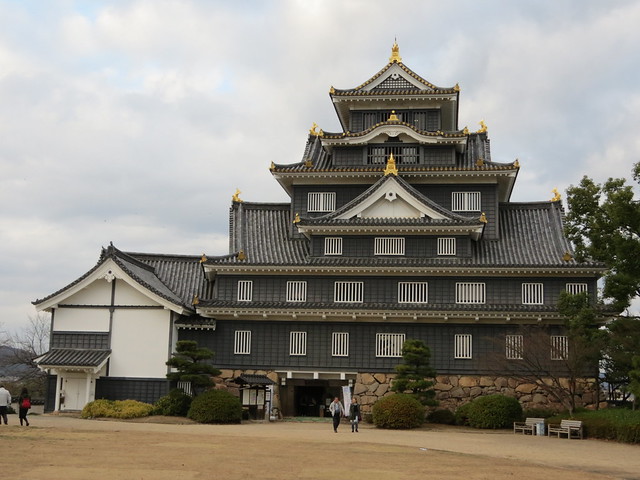 Not bad for a reconstruction! 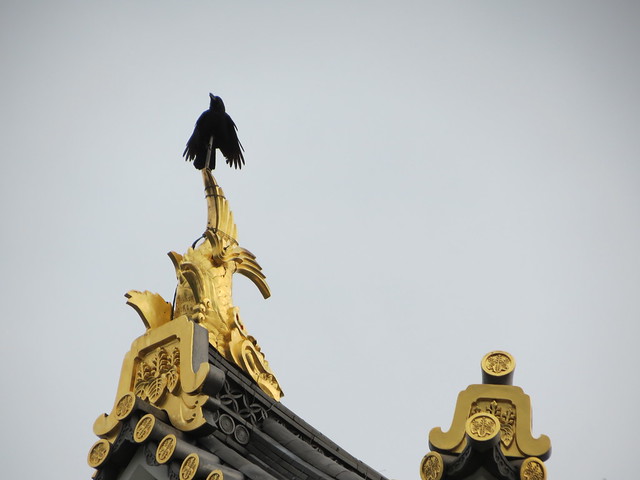 A crow on Crow Castle! 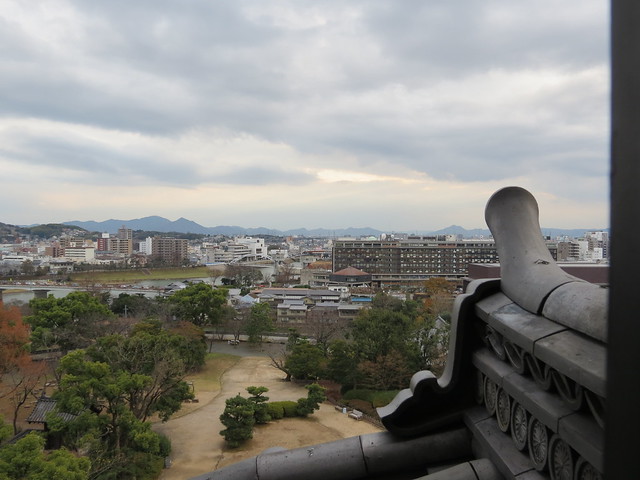 Right next to Okayama Castle is Korakuen, so that was my next stop. Korakuen was a beautiful garden, but the grass was all dry and brown, almost like it had been burnt. I couldn’t quite figure out why it looked that way, but it made for an interesting landscape. 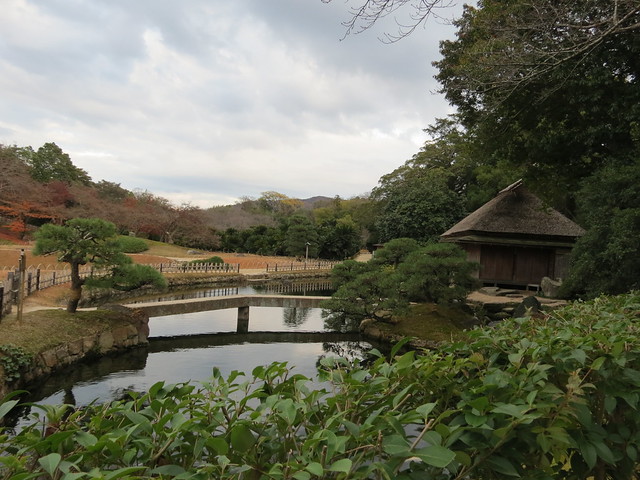 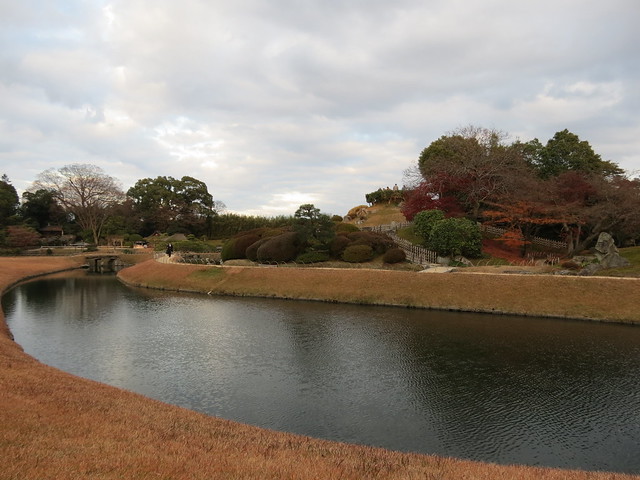 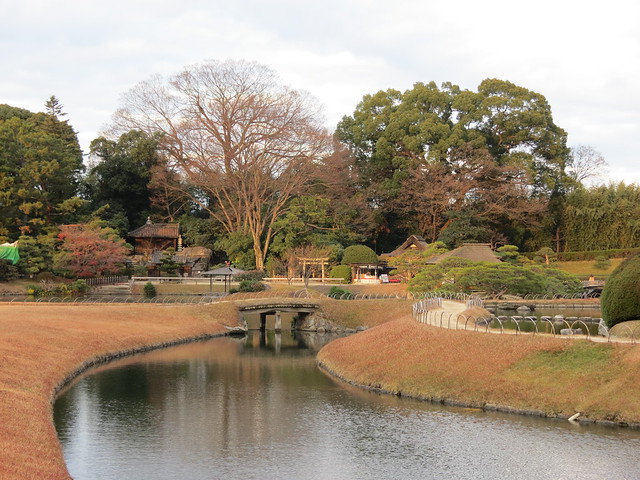 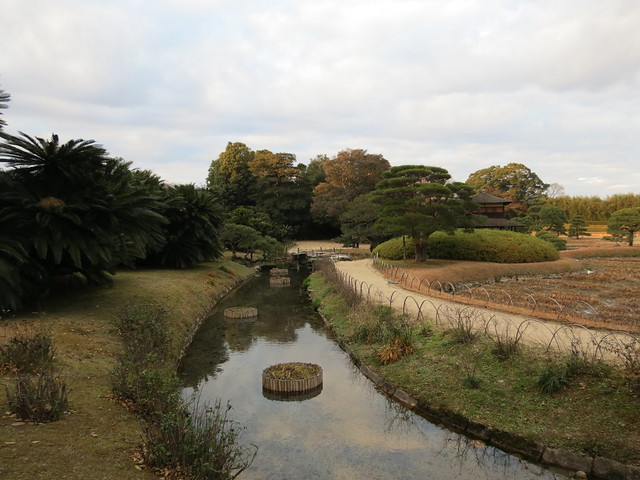 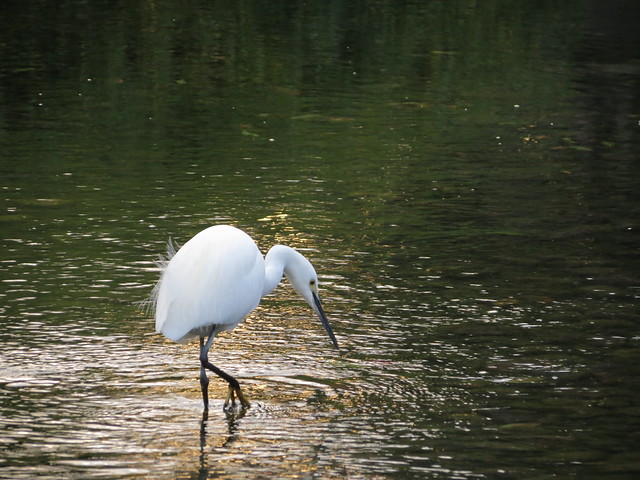 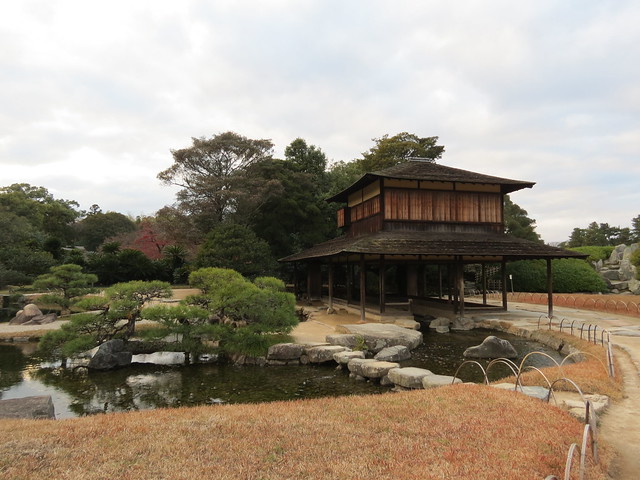 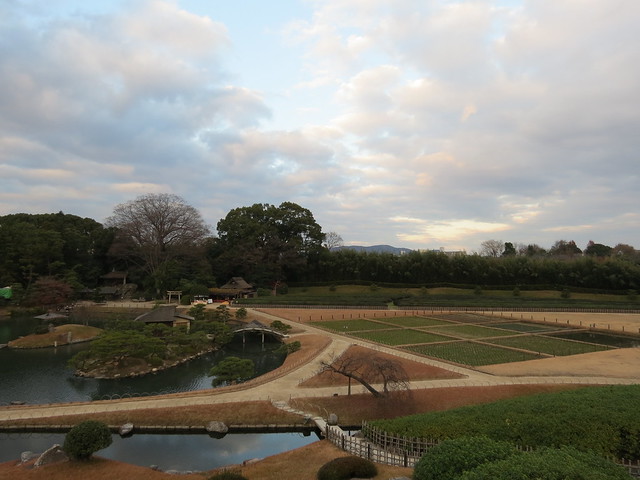 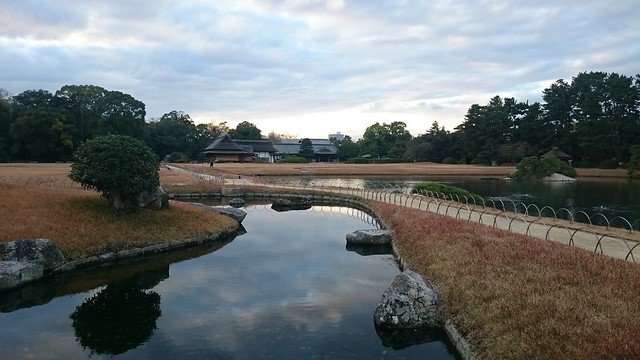 Okayama Castle can be seen from Korakuen as ‘borrowed scenery’: 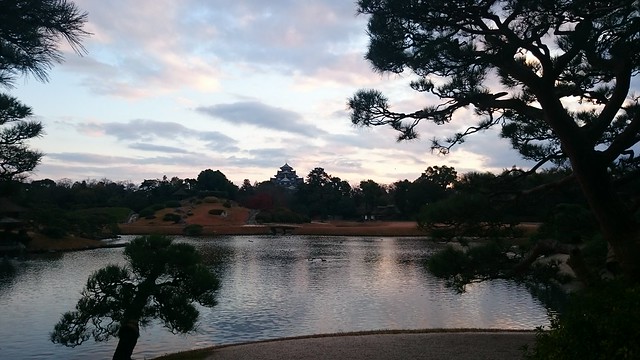 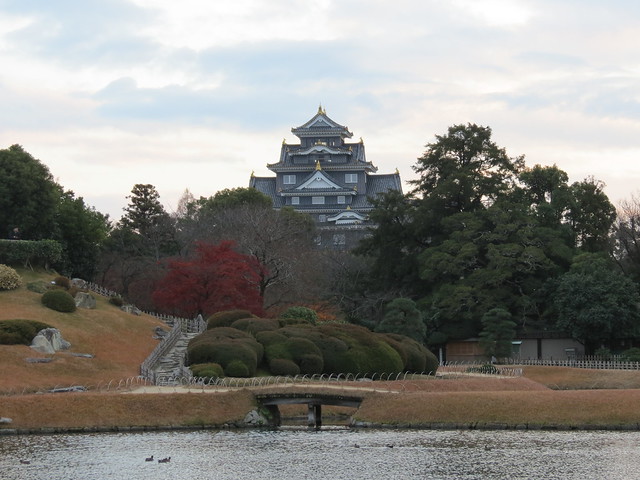 By the time I had finished wandering in the garden it was getting chilly and the light was fading, so I headed back to the station in search of food. There, I was greeted by the Okayama Momotaro Fantasy Illuminations: 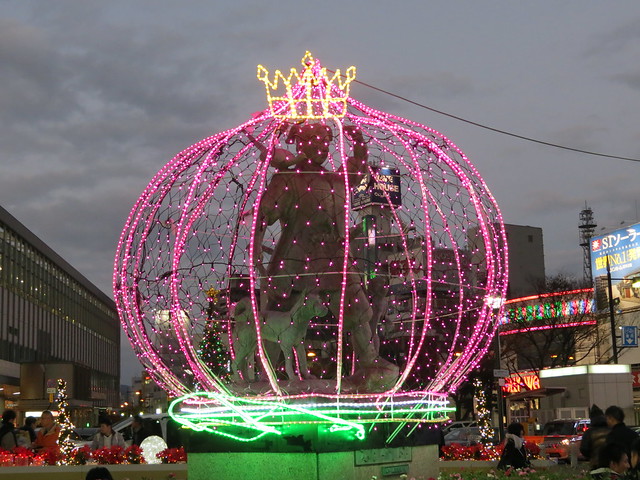 I found dinner in a great restaurant which turned out to be a chain with various branches across Japan. It was called chano-ma, and it a very relaxing place with delicious food! 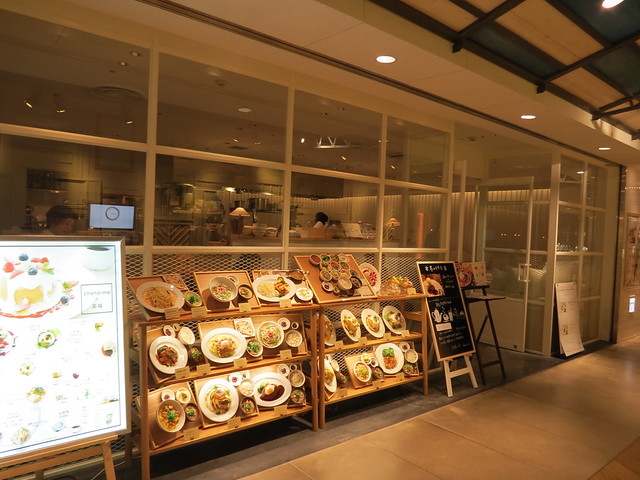 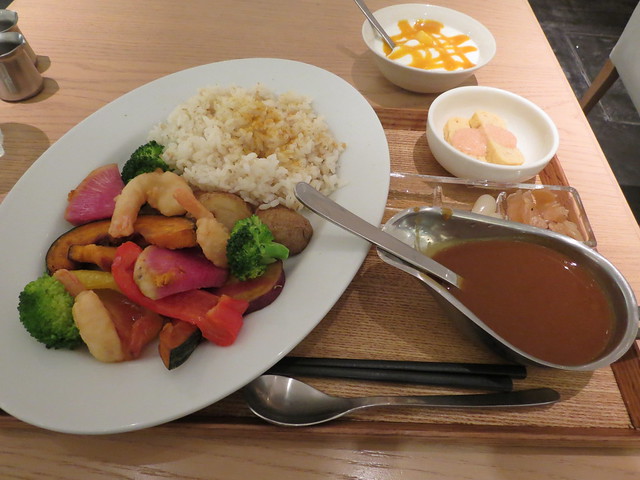 My time in Okayama was brief, but I really liked it. Ironically, it felt like the kind of place I could have easily lived in…