After returning from my Mount Shosha adventure on 18th December I decided to explore Himeji a bit more, and went in search of some kind of reward for my morning’s efforts. I soon found what I was looking for: Jidai Cafe. Jidai Cafe is a tacky tourist trap of a cafe serving ninja themed food, which was exactly the kind of silliness I needed that day. 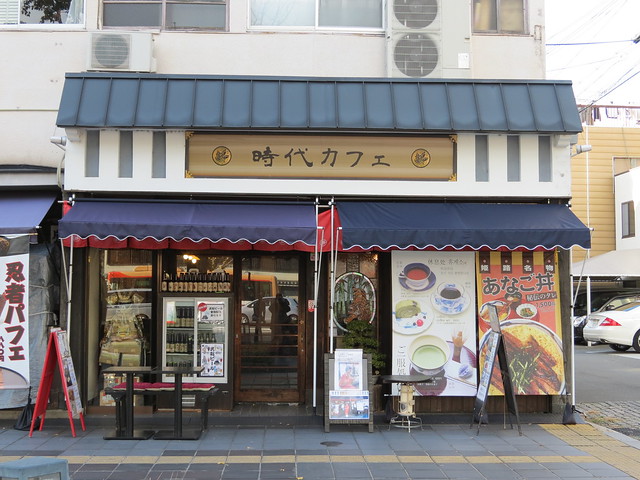 I bought myself a ninja parfait and settled down to enjoy it. No ninjas appeared, or if they did they were too good for me to notice them! 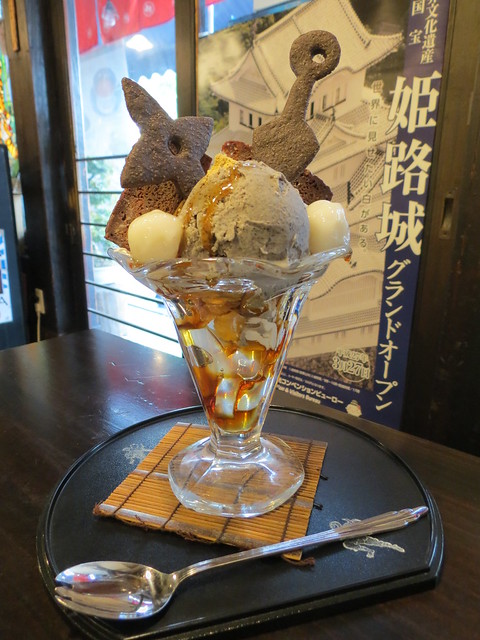 My next stop in Himeji was the castle – the most impressive of Japan’s 12 original castles (I’ve only been to three of them). I have been to Himeji Castle once before, briefly in 2009, but I didn’t really do it justice then or appreciate how great it was. Himeji Castle (姫路城), known as the White Heron Castle due to its white exterior has recently undergone extensive renovation, reopening in March 2015. I don’t know if it was the new paint job, the brilliant blue sky, or something else, but this time I absolutely fell in love with Himeji Castle. 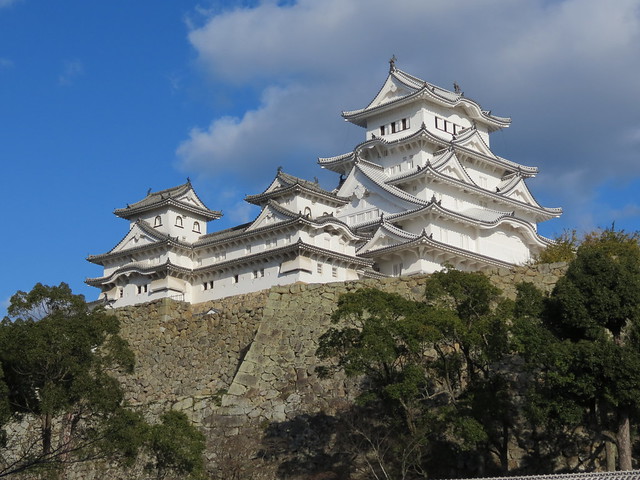 Himeji Castle – what a beaut! 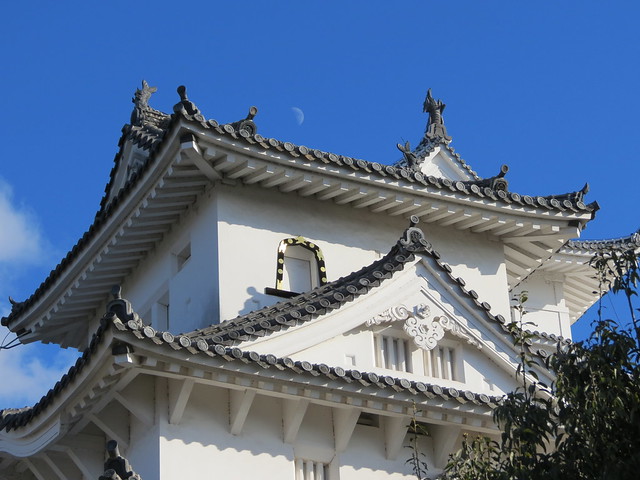 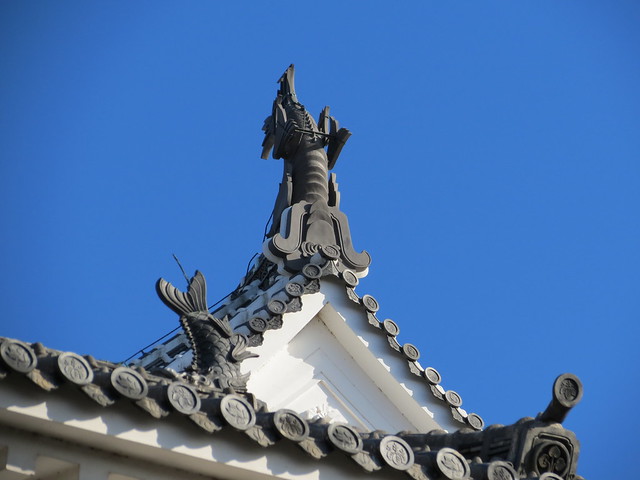 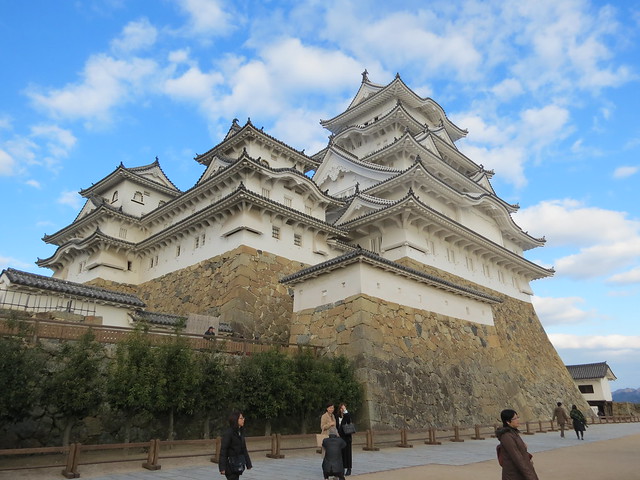 I even found myself a white heron! 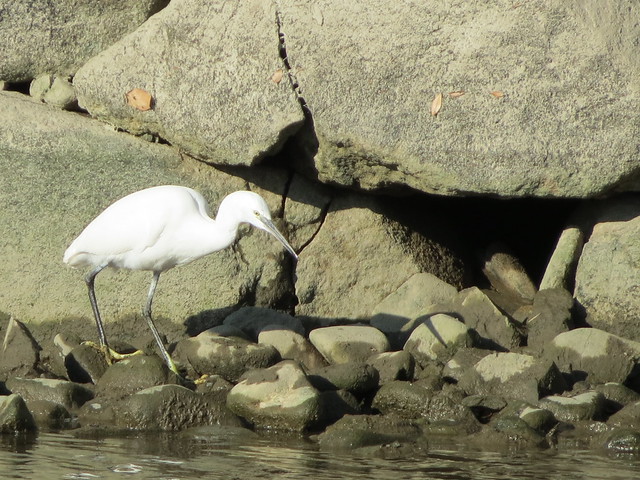 White heron at Himeji Castle (I think it’s a heron!)

And some winter cherry blossom! It was like the most perfect Japanese scene – if only Mount Fuji had been there too! 😉 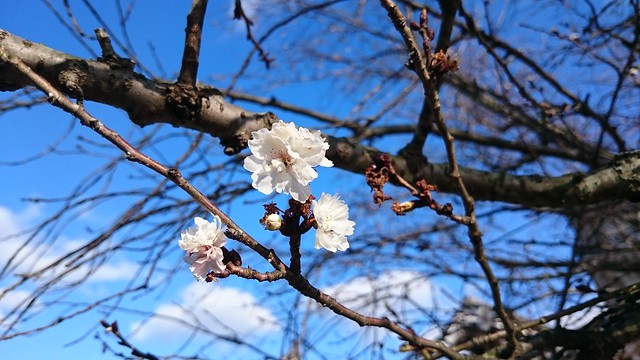 The first fortifications built on the site of Himeji Castle were completed in the 1400s, and the castle complex as it is today is over 400 years old, having been completed in 1609. The castle is massive, and really impressive inside too. 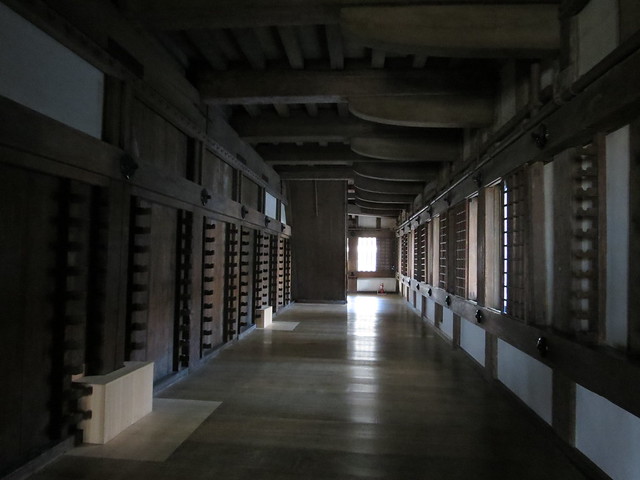 Just imagine the samurai running down the corridors…

Of course, there was an excellent view from the top as well – one of the reasons I love castles! 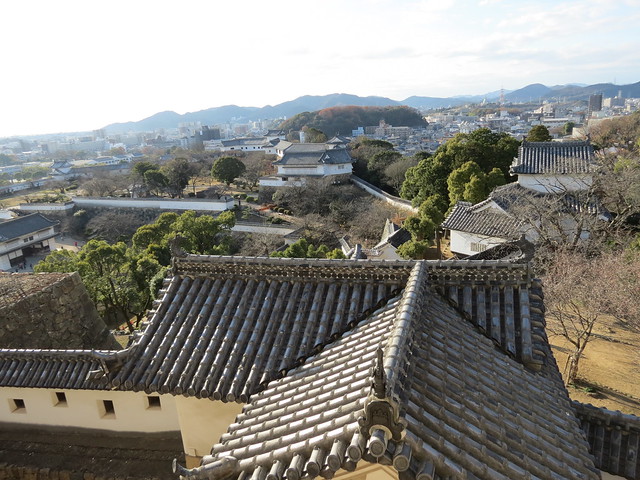 On the look out… 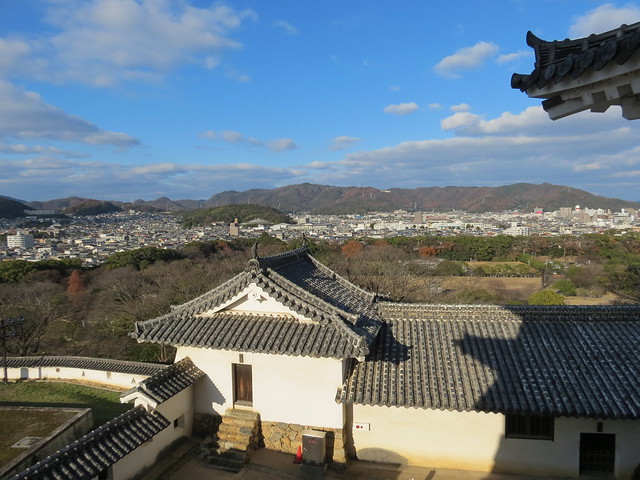 The whole of Himeji…

Naturally, Himeji Castle has its own cute mascot! 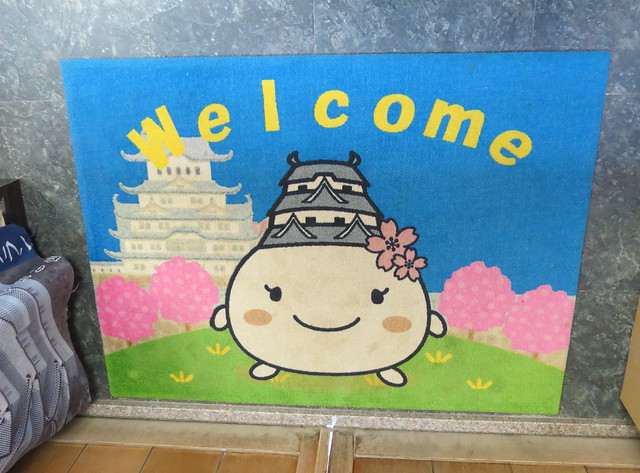 Keen to see a bit of Himeji City as well, I left the castle and headed off to explore the town. Near the castle there are a lot of gift shops and restaurants aimed at tourists, and plenty of signs in English… 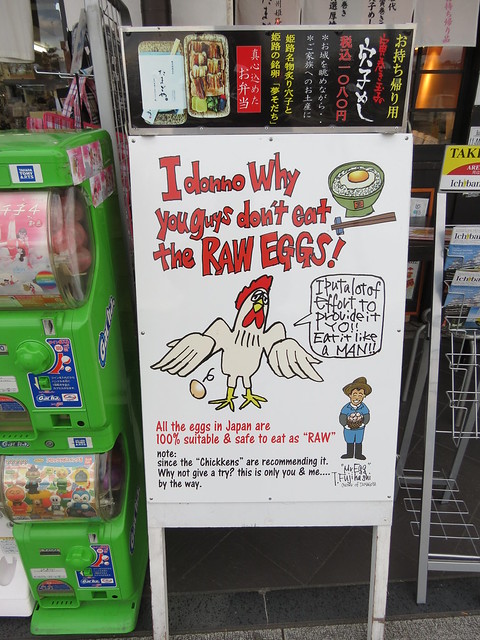 In town, I stumbled upon a Hello Kitty themed cafe! 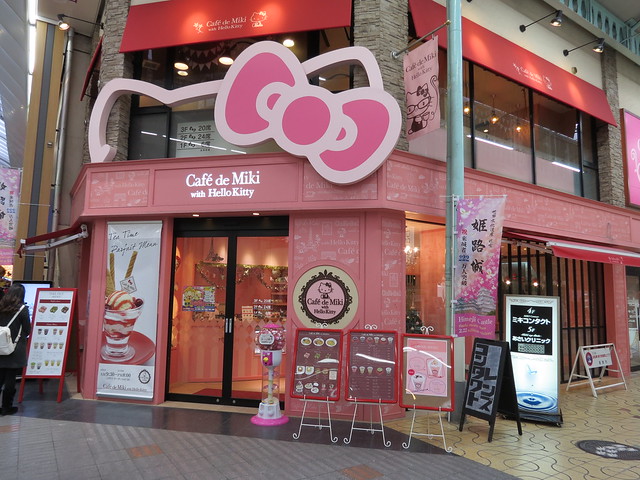 Cafe de Miki with Hello Kitty is a kawaii explosion of Hello Kitty joy! Everything is Hello Kitty themed, and I could have happily ordered half of the menu if I had been hungry enough! The food was really good (sometimes theme cafes don’t have the best food) and it was also really quiet when I went and I virtually had the place to myself. 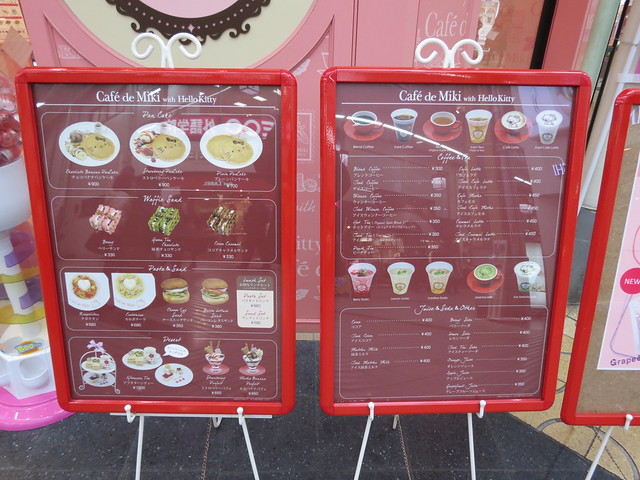 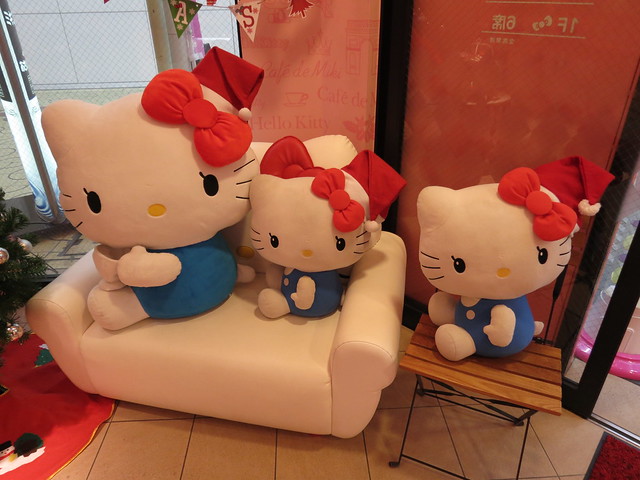 Hello Kitty all dressed up for Christmas! 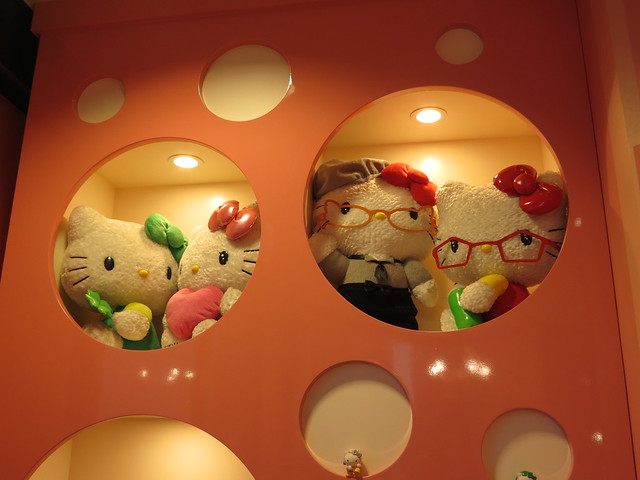 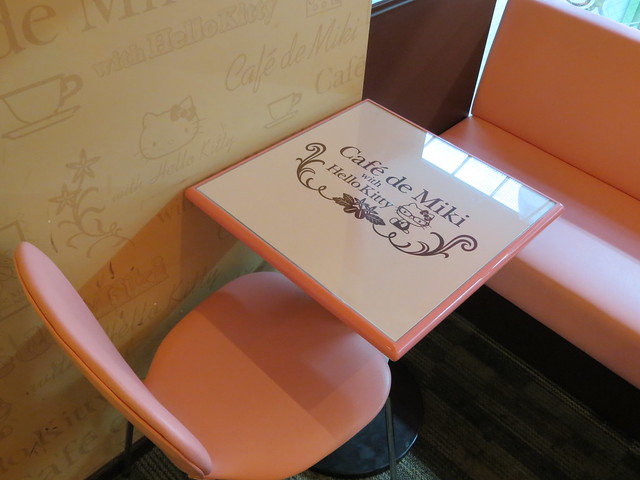 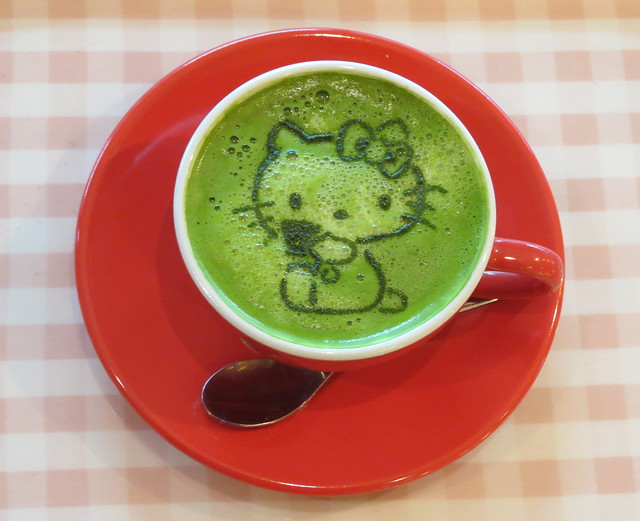 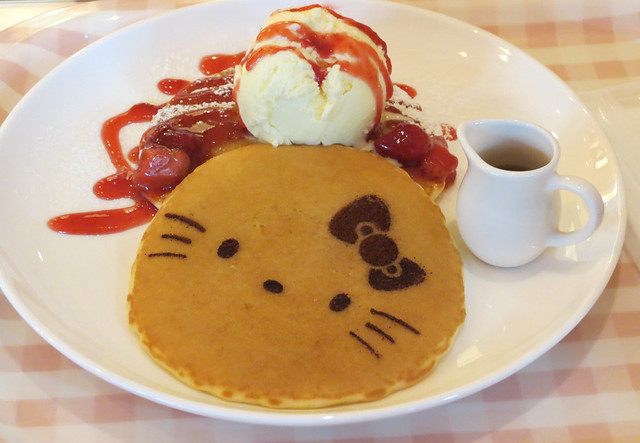 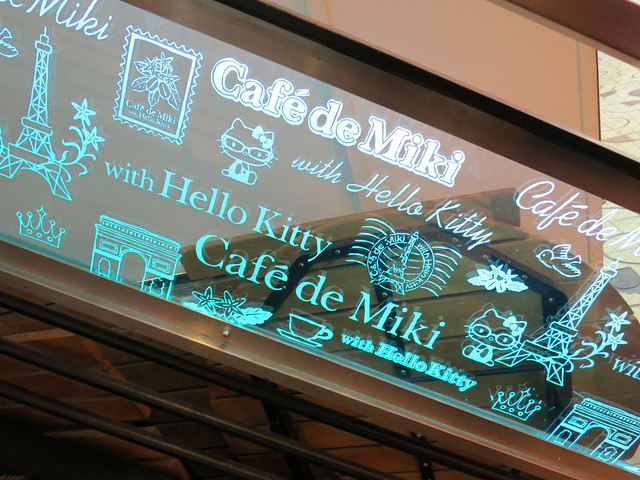 Having eaten more desserts than savoury food, when it came to dinner time I did attempt to be sensible. I had a lovely sashimi and rice set with miso soup from Nana’s Green Tea… and finished it off with matcha cheesecake and a matcha drink. Hehe. 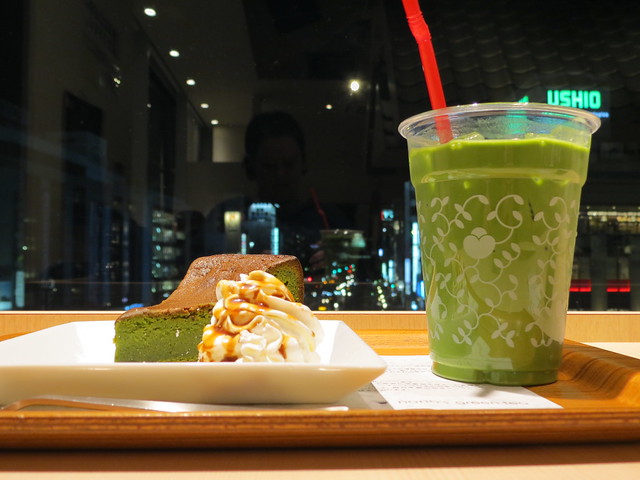 I could see Himeji Castle from the restaurant window, and it was a pretty cool way to end my day. 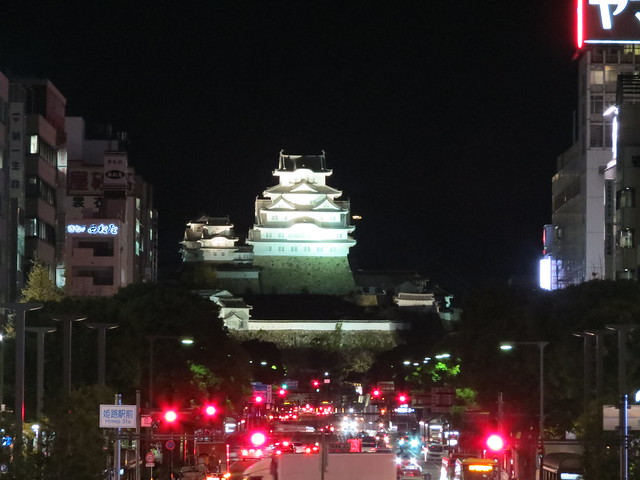 The verdict? Himeji is a nice city! A lot of people visit the castle as a day trip from Kyoto or Osaka or en-route to other places, but I do think its worth actually staying a night or two and enjoying what the city has to offer. 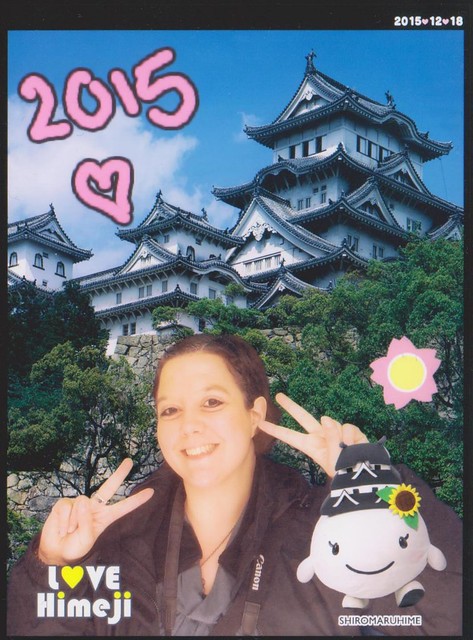