It’s time for A to Wa of Japan again (a little earlier than usual as I’ve got a busy weekend ahead)! Last week’s post was about things beginning with に (ni) and we looked at ninja (忍者). This week we are looking at things beginning with ぬ (nu). A big thank you to everyone who joined in with suggestions this week:

‘Nu’ was a really tough one, and even I couldn’t think of much to write about, so in the end I decided to stick with the most well-known place in Japan beginning with ‘nu’…

Numazu is at the northern end of the Izu Peninsula, and Mount Fuji can be seen from Numazu on clear days. Numazu is on the Tokaido Main Line, the main railway line from Osaka to Tokyo. In fact, due to its location, Numazu featured in Hiroshige‘s ukiyo-e series ‘Fifty-three Stations of the Tokaido‘ (東海道五十三次). 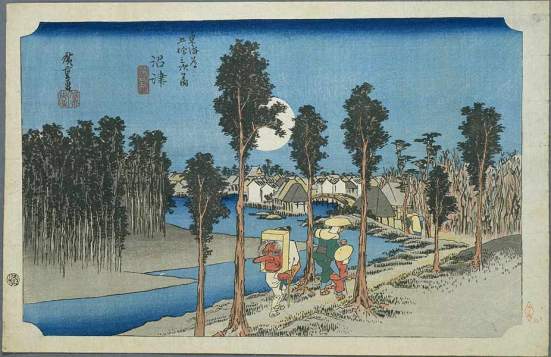 Numazu doesn’t have many tourist attractions, and it’s unlikely many people would go there on a normal holiday as it’s more of a place people live and work than a place people visit. However, there is one festival that I’ve known about for a while which does look like it’s worth checking out – the Ose Matsuri (大瀬祭り). 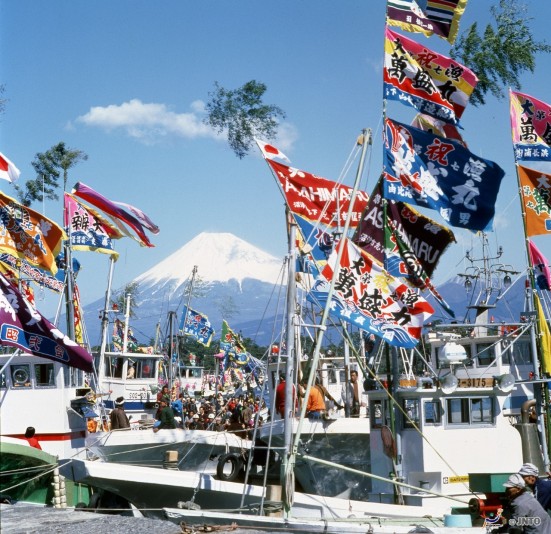 The Ose Matsuri takes place each year on 4th April, and its purpose is to pray for safety at sea and a good harvest from the sea. In the festival, which is held at Uchiura-mito (fishing port) (内浦漁港) in Suruga Bay (駿河湾), fishermen and boys dress up as women and dance Here’s a video of the festival from earlier this year:

According to this website, “the custom [of men dressing as women during this festival] is said to have originated when the wife of a fisherman gave her husband a kimono to ensure he was safe”. 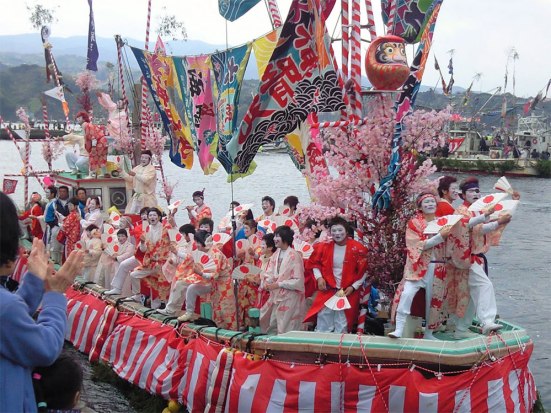 So, Numazu might not be a top tourist destination, but if you’re passing by in April the Ose Matsuri looks interesting! At other times of year, Numazu doesn’t have a whole lot to offer the average tourist, but the seafood should be good, and the views look lovely. Mount Fuji might even peek out to say ‘hello’.

View from the harbour of Numazu, Japan, towards mount Fuji (mostly hidden in clouds).

Next week we’ll start with ね (ne), so please leave a comment below suggesting a topic for things beginning with ね. Topics can be anything, as long as they are connected to Japan – food, places, people, characters, whatever you want to hear about! Just remember that the words you suggest must be Japanese words.

I look forward to hearing your suggestions!  (*^_^)v